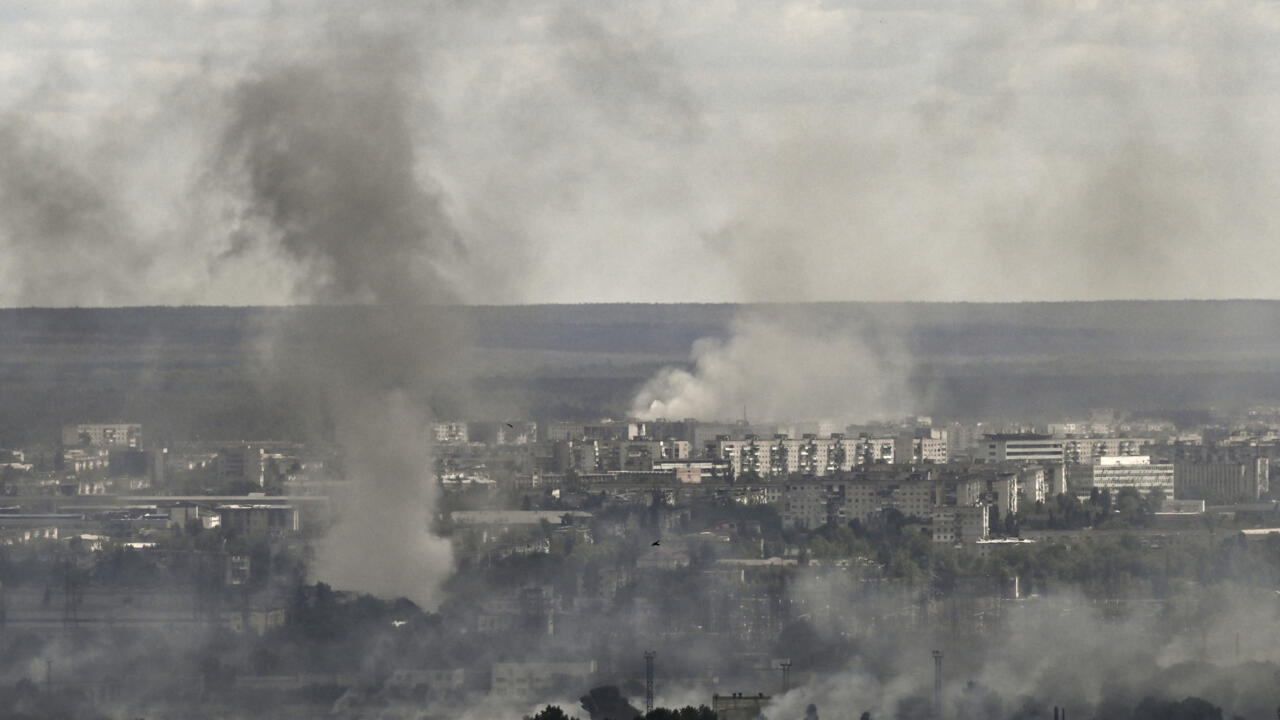 The battle for the Ukrainian city of Severodonetsk is brutal and will determine the fate of the Donbas region, President Volodymyr Zelensky said as Russian forces ravage the city in an attack aimed at controlling eastern Ukraine. Follow FRANCE 24’s live coverage of the war in Ukraine. All times are Paris time (GMT+2).

Russian forces have stepped up efforts to advance south of the city of Izium in eastern Ukraine, likely to secure more options in the region, a British military update said on Thursday. “Russia’s progress on the Izium axis had stalled since April, after Ukrainian forces made good use of the terrain to slow down Russia’s advance,” the Defense Ministry said.

“Russia is probably trying to regain momentum in this area to put further pressure on Severodonetsk and allow it to advance deeper into Donetsk Oblast.”

6:18 a.m.: Ukrainian farmers fear grain could be lost if exports are blocked

If the war in Ukraine threatens a global food crisis, it is not because of a lack of grain, but because of the inability to export it. In the Dnipro region, the silos are full, the price per cubic meter for the storage of agricultural warehouses has risen exorbitantly and farmers no longer know where to store the harvest they wanted to sell abroad when the war broke out. Jean-Emile Jammine of FRANCE 24 reports:

03:55 am: ‘The fate of Donbas’ will be decided in Severodonetsk, says Zelensky

Ukrainian President Volodymyr Zelensky called Severodonetsk the “epicenter” of the battle for the Donbas.

“This is a very fierce battle, very tough, perhaps one of the most difficult of the whole war,” he said in his nightly video speech, which was recorded on the street outside his office in Kiev.

He said the Ukrainian army is defending its positions and inflicting real losses on the Russian forces.

“In many ways, the fate of our Donbas is decided there,” Zelensky said.

Luhansk Governor Serhiy Haidai acknowledged the difficulties of fighting Russian troops and said, “Maybe we will have to withdraw, but at the moment there is fighting going on in the city.”

“Everything the Russian army has — artillery, mortars, tanks, aviation — they use it all in Severodonetsk to wipe the city off the face of the earth and take it completely,” he said.

A UN report says the war in Ukraine is adding to the suffering of millions of people from rising food and energy prices, on top of the ills of a growing financial crisis, the impact of the Covid-19 pandemic and climate change.

The UN Global Crisis Response Group report released on Wednesday says the war has “exacerbated a global cost of living crisis that has been unprecedented in at least a generation” and has pushed the UN’s target to end by 2030. to extreme poverty around the world.

The group was appointed by Secretary General Antonio Guterres to assess the impact of the Russian invasion of Ukraine on February 24.

Guterres says the report makes clear that “the impact of the war on food security, energy and finance is systematic, severe and accelerating.”

Sanctions imposed on Moscow for its invasion of Ukraine are turning back more than a decade of economic progress and three decades of integration with the West, according to an analysis Wednesday.

But economists at the Institute for International Finance warn the impact is a “moving target” as more sanctions are added, and Russia could retaliate, particularly on energy.

The damage will make it more expensive for Russian President Vladimir Putin to continue the war, but sanctions won’t work like “turning a switch,” IIF economist Elina Ribakova told reporters.

In its latest analysis, IIF predicts that the Russian economy will shrink by 15 percent this year and another three percent in 2023.

The “economic warfare” is “unraveling its economy,” and the report’s authors note that “some of the most meaningful impacts are yet to be felt.”

IIF Executive Vice President Clay Lowery said measuring the effectiveness of sanctions against Russia depends on what governments are trying to achieve.

“If success hurts the economy … then it certainly is an impact,” and that is likely to increase, he told reporters.

But sanctions don’t have a “great track record” of driving major policy shifts, he said.

(FRANCE24 with REUTERS, AP and AFP)