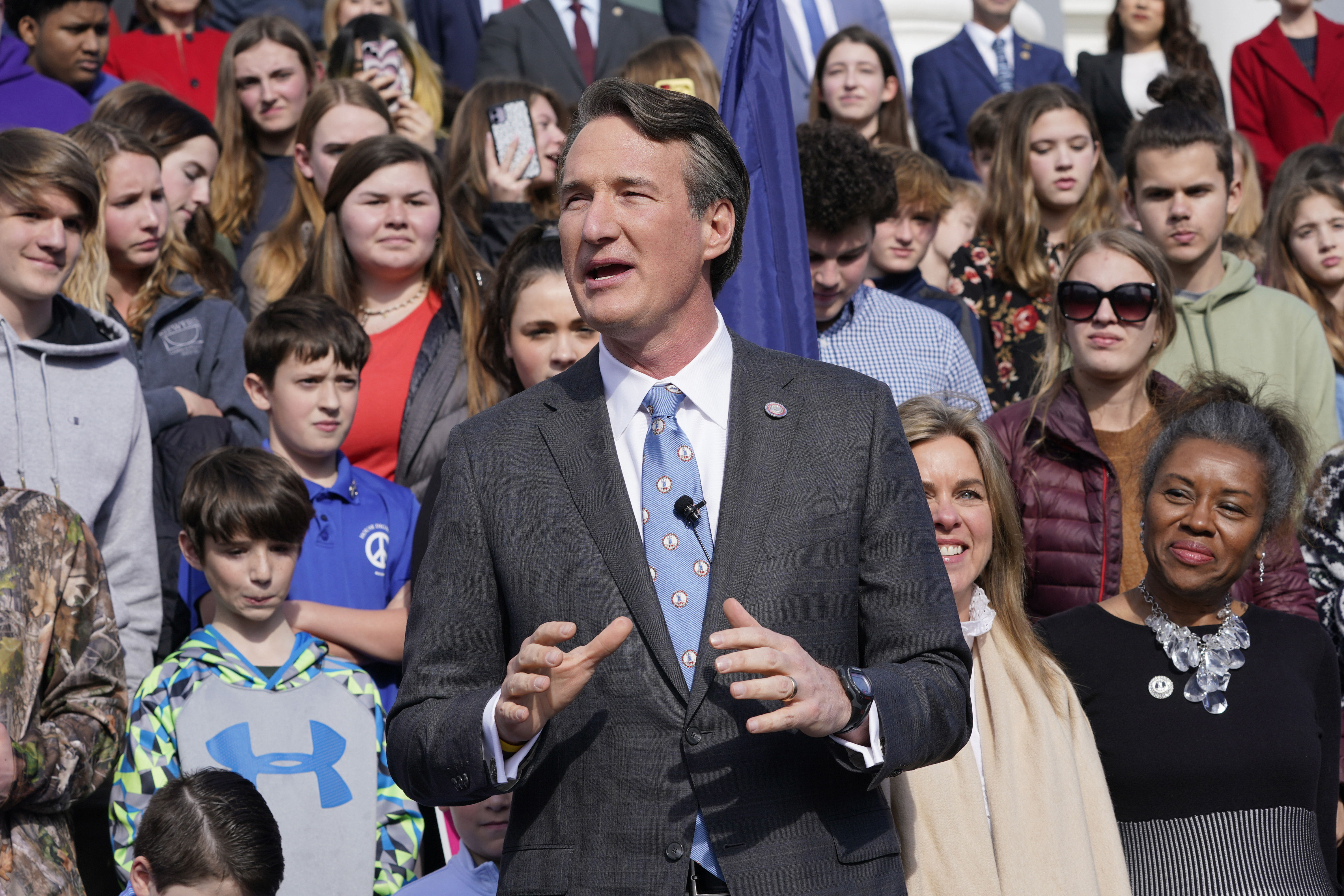 While the recently elected Youngkin has no interest in running for president in 2024, his decision to set up a political vehicle is a natural one for a politician looking to expand his brand and forge alliances nationally. . Youngkin made his foray into Democratic suburban areas during last year’s Virginia election by focusing on coronavirus restrictions and education — issues he could potentially inject into races outside his home state.

Kristin Davison, senior adviser to Youngkin’s political operation, said the new groups will build on Youngkin’s campaign themes. “As we look to 2022, Governor Youngkin will continue to expand that movement and help other candidates win, especially those who will color blue states red, just like he did in Virginia last year,” Davison said in a statement.

Youngkin has founded two organizations for his political work, both of which can accept donations of any size: Spirit of Virginia, a political action committee of the “527”, and America’s Spirit, a 501(c)(4) non-profit group that does not to disclose its donors, but faces some restrictions on how the money is spent.

It’s unclear what races outside of the state Youngkin will focus on. Thirty-six states are holding gubernatorial contests this year, including 16 with Democratic incumbents. People familiar with Youngkin’s plans say he’s looking for different ways to get involved, including donating money and holding campaign-style events.

“It’s great to see Governor Youngkin taking action to support Republicans nationally. Glenn’s race was a blueprint of how we can make common sense policies to gain the confidence of swing voters, and we need to repeat his win,” said Nebraska Gov. Pete Ricketts, the co-chair of the Republican Governors Association, said in a statement.

Those close to Youngkin — who is limited to a single term as governor under Virginia’s constitution — say he has focused solely on advancing his policy agenda since taking office, rejecting Republicans who want him after taking office. wanted to involve themselves in other states. national victory. Following his November win, the governor received invitations to appear at out-of-state political dinners and other functions, including in New Hampshire — a key early state on the presidential nomination calendar.

Youngkin, 55, who was previously an executive at the Carlyle Group, a prominent private equity firm, has neither teased nor explicitly closed the door to a 2024 campaign. Asked if he was interested in participating during an interview on CNBC’s “Squawk Box” last week, Youngkin said only, “I have a new job in Virginia and I’m super excited to do it.”

Youngkin’s device could also be used in Virginia’s state legislative races next year, when Republicans will try to gain full control of the General Assembly for Youngkin’s final two years as governor. While Republicans hold the majority in the state Senate, Democrats currently control the House of Representatives.

Ron Wright, a member of the state central committee of the Republican Party of Virginia, argued that the governor could help overthrow several incumbent Democratic congressmen in the upcoming election in November, noting that in the election of last year penetrated traditional Democratic constituencies, including Latino voters.

“The problems he faces have not gone away,” Wright said, adding that Youngkin’s status as a nationally recognized figure would be a boon to the state’s Republican candidates. “If Governor Youngkin campaigns there, he will do well.”