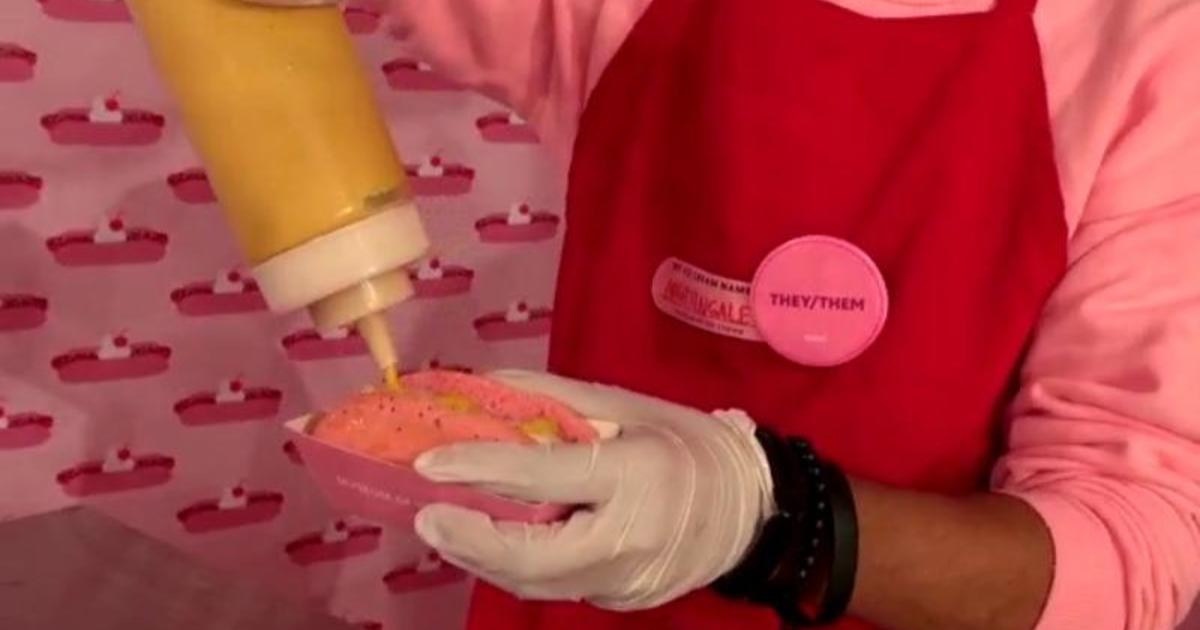 CHICAGO (CBS) — If you’ve never heard of it, there’s a relatively new museum downtown, the Museum of Ice Cream, and it’s routinely sold out.

CBS 2’s Jamaica Ponder dropped by before opening hours to get a sense of what all the excitement was about.

“This is an experience museum. So we make fun things for you to do on the road and are educational too,” said Kimberly Lawson, deputy director of the museum.

Kimberly Lawson became assistant general manager when the museum opened in July. The whole place is a pink maze of over a dozen rooms with sweet games and dairy themed activities.

“This is like nothing you’ve ever experienced before. We celebrate what ice cream means. And so when you think about ice cream, it’s childhood birthday parties and it’s celebration and it’s family and it’s connection,” Lawson said.

“And so all we’re doing here is really trying to recreate or bring out that feeling of being a kid,”

We didn’t spend all day here, but it’s easy to see how you can do that easily. Our route was marked by five treat stations, serving guests unlimited creative concoctions; from the classic Sno-Cone to hot dog ice cream.

Lawson said the icing on the cake is undoubtedly the staff. They make more than just treats, adding that they are the ones who really make the experience.

“We hire artists and people who are great at food service and hospitality, and it’s just an energetic crew of 80 talented people,” says Lawson.

She added that even if you’ve been before, they’ll have a slew of new treats for the spooky season

“Starting September 30, we have Halloween taking over our building, which we call the Museum of ‘I-Scream,'” Lawson said.

If you want to buy tickets, they go for just under $50 per person. And right now, the museum has some spooky surprises for Halloween, so be sure to take advantage of their weekday back-to-school discount, downtown now.