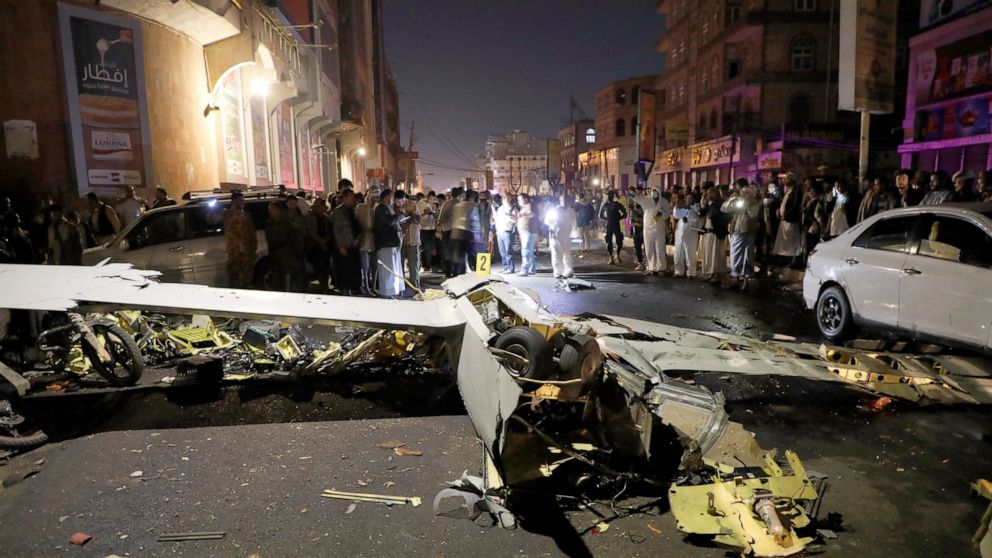 CAIRO — Yemeni Houthi rebels said on Monday that three people were killed in the country’s capital when a drone plane crashed in a neighborhood after it was shot down.

In a statement, the Houthis said their air defense system had brought down the surveillance drone and that it belonged to the Saudi Arabia-led coalition they are at war with. Houthi’s claims could not be immediately verified.

A coalition spokesman did not immediately respond to a request for comment.

Video of the scene showed what appeared to be a damaged unmanned aerial vehicle in a street surrounded by security forces and onlookers.

There is a truce in the war-torn country that will expire in early June. United Nations officials, who helped bring about the ceasefire, have said they hope it can be extended.

The ceasefire is the first nationwide ceasefire in six years in Yemen’s civil war, which broke out in 2014. That year, the Iranian-backed Houthis took the capital Sanaa and forced the internationally recognized government into exile. A coalition led by Saudi Arabia entered the war in early 2015 to try to bring the government back to power.