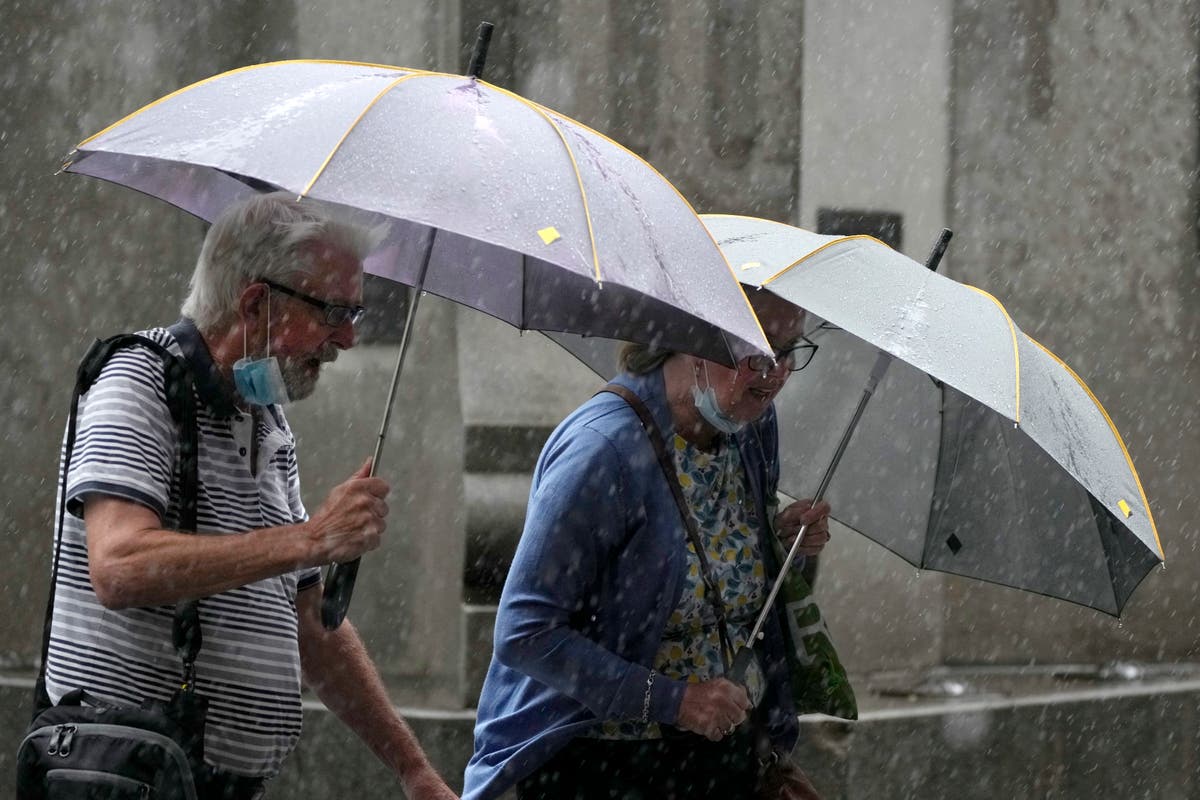 Parts of the UK are being warned of possible flooding this weekend as heavy rain and even thunderstorms ravage south-east England.

The Met Office issued a yellow warning Friday and Saturday for heavy rain across most of Kent and East Sussex and in West Sussex.

In some places, up to 40mm of rain — more than 1.5 inches — could fall in two or three hours, forecasters said.

The warning, which runs from 3pm to noon on Saturday, is for potential flooding and difficult travel conditions as the roads will be heavy from the spray.

Overall, more than 70mm of rain could fall in the Southeast during that time, the Met Office said.

A yellow warning — the least severe under the color-coding system introduced in 2008 — means there is a small chance that homes and businesses will be flooded and cause damage to some buildings.

In the event of flooding, there is a small risk of delays or cancellation of train and bus services.

However, there is a reasonable chance that the heaviest rain will remain just offshore, forecasters say. The heaviest rainfall looks set to subside, or at least lessen, after midday on Saturday.

Most of the rest of the UK will be dry with warm sunny spells.

Forecaster Annie Shuttleworth said the coming days would have an autumnal, unsettled feeling due to a cold front.

“We could see some of that rain getting a little heavier over the southeast through Saturday and there’s a chance of thunderstorms on Friday afternoon,” she said.

A northerly wind is expected to pull across the country for a dry, cold, clear night on Friday, with a chance of a hint of frost in the northern areas.

In the far south, the rain would continue, and for exposed areas it would feel chilly, she said.

The Met Office predicts the south will be dry on Sunday, but rain and high winds will spread across northern areas. The rain should clear on Monday.

But early next week it will get colder as a swath of arctic air blows south, and a strong northerly wind will accentuate the chilly feeling.

Next month, conditions are likely to remain changeable, with the occasional further frontal systems from the west and northwest, according to forecasters.