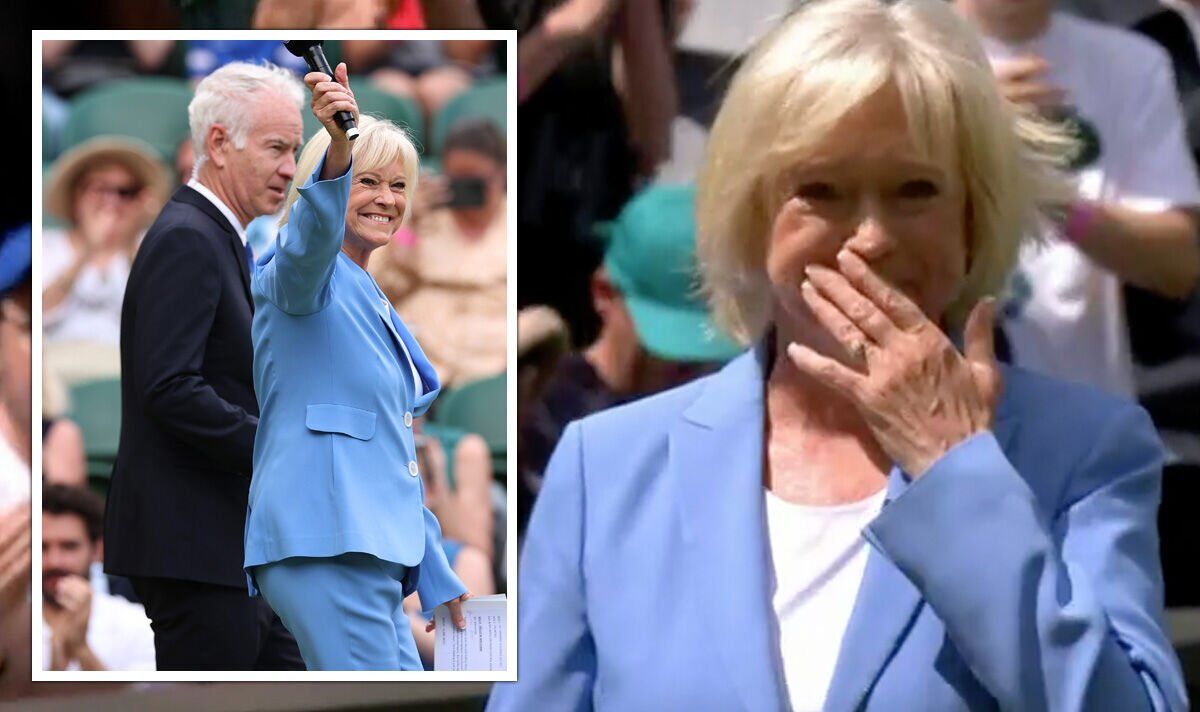 As the crowd calmed down, she continued: “Thank you so much. This is about the tournament and all I can say is that from now on John McEnroe will be commenting on lane 17 after that off script.

“But thanks, that really means the world to me, really.”

Those watching at home took to Twitter to share their grief over Sue’s retirement as Wimbledon draws to a close.

Dan Alsop tweeted: “Billie Jean King is absolutely right. Sue Barker is the best tennis host there has ever been #Wimbledon will never be the same without you #BBCTennis.”