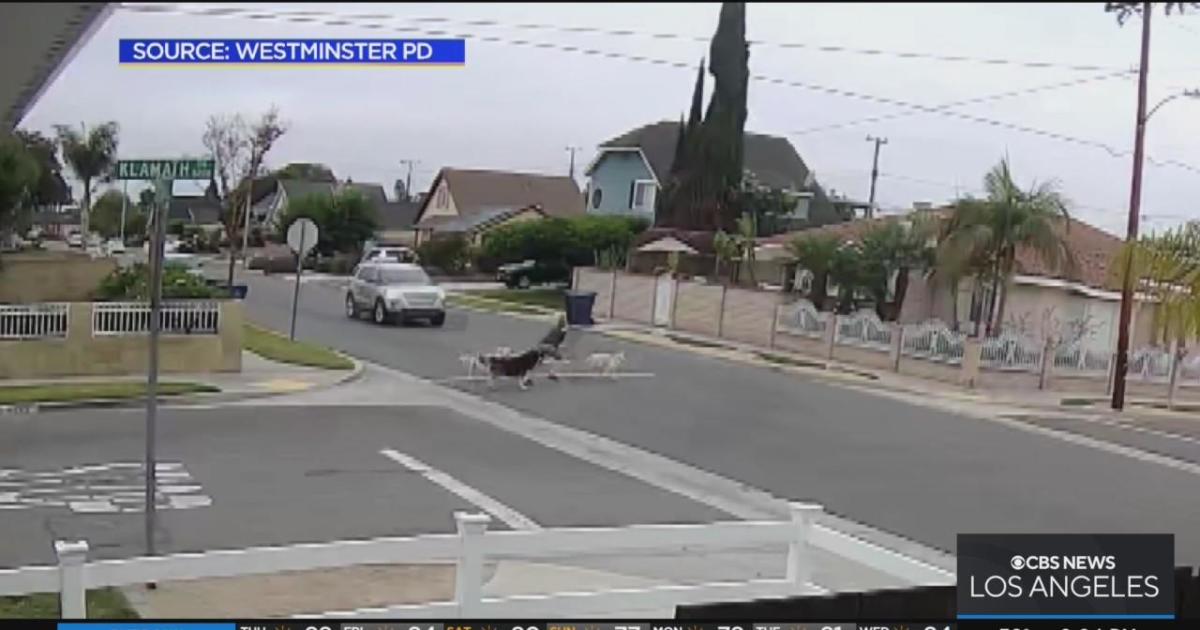 A woman who was hit by an SUV on Wednesday when a driver hit her while walking her dogs is in critical but stable condition.

Karina Granat has had two emergency surgeries since a driver drove her into her on Wednesday morning. One of the operations lasted six hours, said Lidija Krecov, a relative of the victim. Granat is still in intensive care.

Meanwhile, the driver responsible for the deadly hit-and-run is still at large.

Security video documented the incident, near the intersection of Klamath Drive and Iroguois Road, when the driver of an SUV collided with the victim and then drove off, leaving the woman in the middle of the street.

Krecov said Granat, who is a trainer at Wags & Wiggles Dog Daycare in Rancho Santa Margarita, walks her dogs every day.

The victim’s three dogs managed to escape from the SUV and were not injured.

A GoFundMe page has been set up to help cover Granat’s medical expenses.