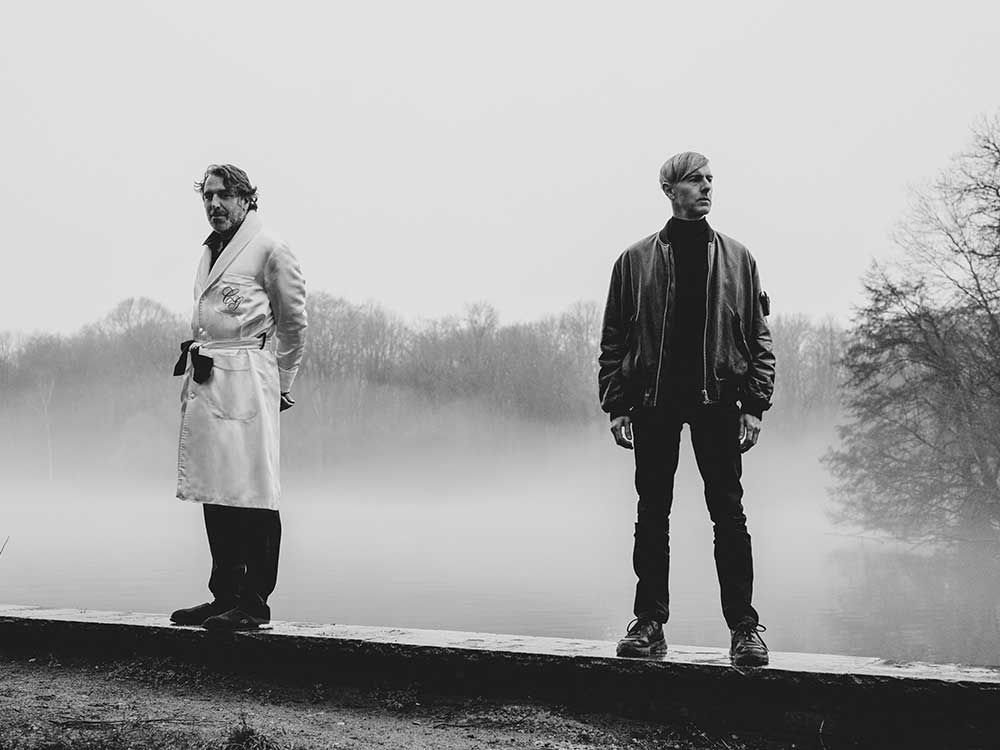 A reviewer once described Plastikman’s 1998 album Consumed as “alien” — but electronic music artist Richie Hawtin (Plastikman) says he was more concerned about ghosts when he returned to Consumed for his latest project.

Consumed in Key, set for release Saturday by Turbo Recordings, has been billed as a “reimagining” of that Plastikman album from so long ago, with Montreal musician Chilly Gonzales adding new piano recordings to Hawtin’s original Consumed tracks.

“I think Chilly (Gonzales) would actually say that he was collaborating with the ghost of Richie, and not actually me,” explains Hawtin, 51, from his current home in Portugal.

“He was listening, by himself, to an album that was created by somebody somehow different. A ghost of me, a past version of Richie Hawtin.”

Raised in the LaSalle and Windsor area, Hawtin has been an international name in electronic music for almost three decades now. Yet he says his new project with Gonzales is his first time working with sounds from the “acoustic” realm, for lack of a better term.

“It came to me in the only way I would have actually agreed to open up the past,” Hawtin says. “I wasn’t interested in remixing any of my old tracks.”

Demos by Gonzales, and his seriousness about the endeavor, convinced Hawtin to put his apprehensions aside. “Chilly was in own universe, listening to this music, and deciphering it himself. That’s why it’s not a remix — It really is new work.”

Gonzales never had met Hawtin when he began finding inspiration in the sparse electronic soundscapes of Consumed, and his piano accompaniments were composed with next to no communication with Hawtin.

Eventually, Gonzales reached out to Hawtin via a mutual friend, Montreal DJ and producer Tiga, and Gonzales’ additions to Consumed were sent to Hawtin for his personal consideration and mixing.

While Plastikman is a persona Hawtin has returned to repeatedly over the decades, his first attempts at handling Gonzales’ material for Consumed in Key involved perhaps more Plastikman than necessary: ​​Hawtin says he initially hooked up old Plastikman equipment from the late 1990s and put all of Gonzales’ sounds through it.

“Chilly wasn’t very happy with that. It was like Plastikman had engulfed Chilly,” Hawtin admits. “I had to put more and more time into listening to what he had done… Each time I listened to his playing, I heard new things.”

As the virtual collaboration continued, an equivalence was found on the project for both Hawtin and Gonzales’ voices. “Mixing this album was a journey of discovery,” Hawtin says. “I had to learn… and I like that.”

“This project was a special crossroads,” he says. “I think it’s best to leave this as a beautiful experiment, not to be repeated.”

Hear and read more about Consumed in Key at turborecordings.com.