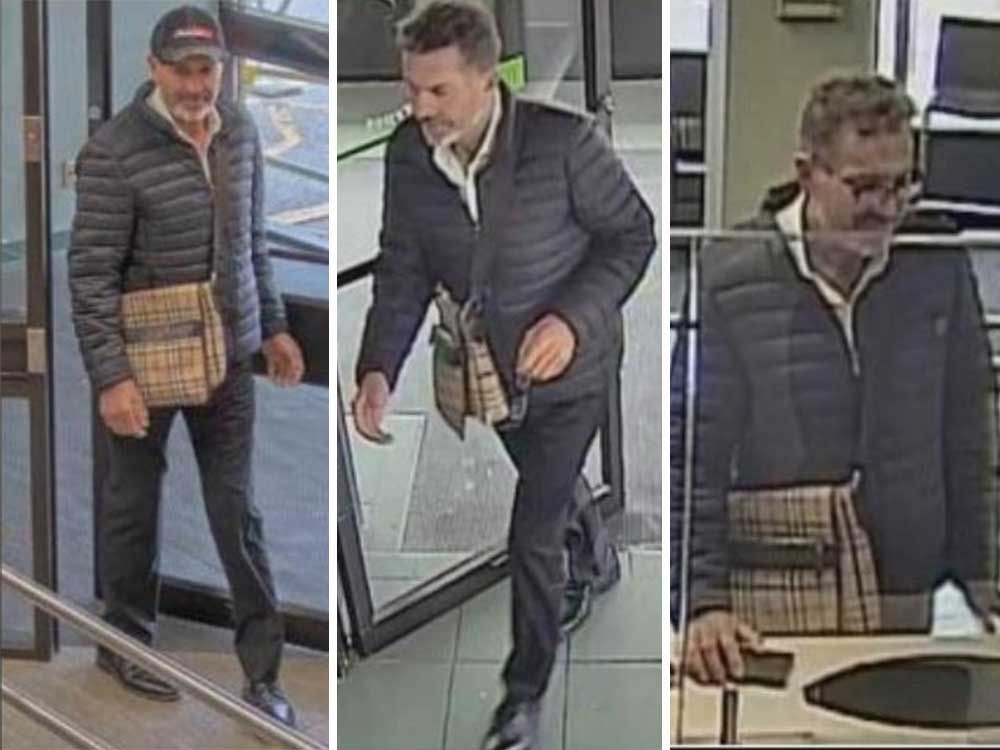 Windsor police are asking for the public’s help to identify a man suspected of defrauding local banks out of nearly $25,000.

The crime was against three separate banks in the Windsor area.

At the time the footage was taken, the suspect had facial hair including a mustache and a graying beard.

He wore glasses, a black winter coat, a shirt, black pants, black shoes and a baseball cap. He was carrying a shoulder bag with a beige diamond pattern.

Anyone with information regarding this individual’s identity is encouraged to contact financial crime investigators at 519-255-6700 ext. 4330.

Anonymous tips can be given through Crime Stoppers at 519-258-8477 or www.catchcrooks.com.