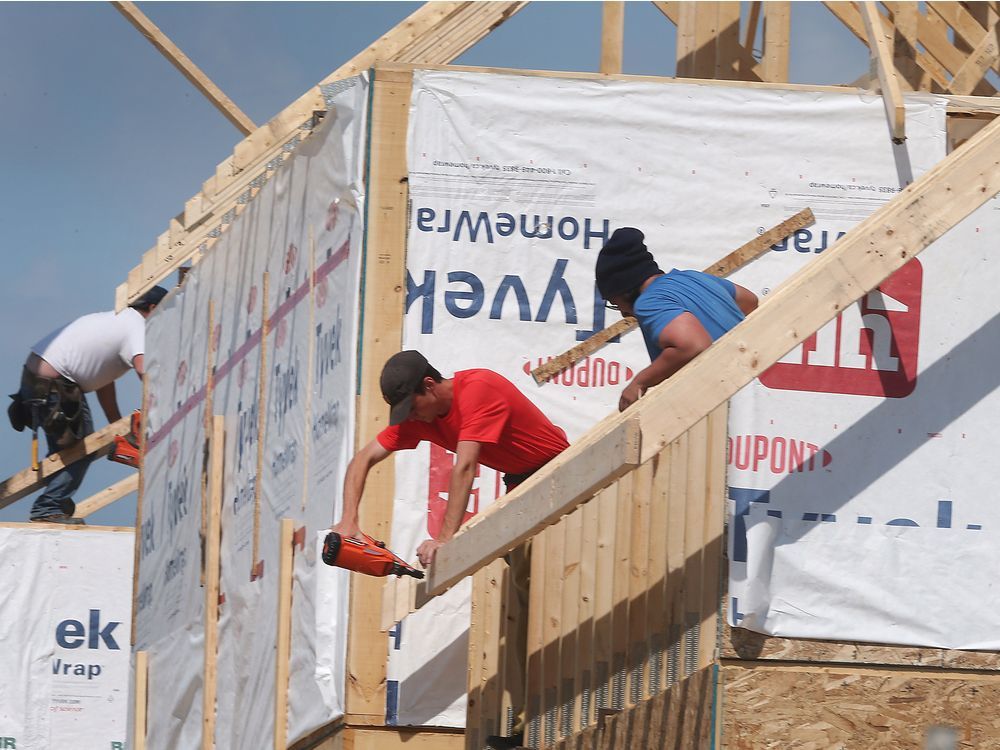 Despite recent increases in bank interest rates, demand for new homes in the Windsor area remains robust and the pace of local house prices continues to be faster than most other Canadian markets.

According to Statistics Canada’s latest New Home Price Index, Windsor prices rose 0.6 percent in April, compared to the national average increase of 0.3 percentage points. That was the sixth largest monthly increase among Canada’s 27 CMAs in the report and the second highest in Ontario after Ottawa-Gatineau.

Statistics Canada’s New Home Price Index uses December 2016 as the basis for measuring housing costs and is assigned a value of 100. Windsor has since risen to 144.3 on the index.

“We still have a huge demand for housing. I think we’re going to see the same thing in the coming years with all the economic growth coming to this area.”

The Bank of Canada’s rate hikes have succeeded in slowing down the rise in new house prices at a national level. In the first three months of 2022, there was an average national monthly increase of 1.1 percentage points compared to 0.3 in April.

Agnew said the local market saw the first signs of the impact of the rate hikes last month, with average revenue falling to $692,759 from $723,739 in March.

However, he added that most of that dip came in the resale market. Agnew said he has yet to see any evidence that the new construction market has been affected.

“I’ve actually seen more buyers willing to pay a little more for a new home than to have to get into a bidding war for a used home,” Agnew said. “Prices are fixed, you can choose the finishes and designs that meet your needs.

“That’s satisfying and it takes away the worry of wondering if you left money on the table in an offer you didn’t have to leave.”

According to Statistics Canada’s April report, the cost of a new home has risen 12.7 percent in Windsor over the past year and 9.4 percent nationally.

The rising land price has become so important that it has caused a shift in the market in terms of living style preference. More and more houses with two floors are being built.

“As land has become more expensive, it is more expensive to build on one floor because it requires a larger footprint,” Klundert said.

“To get the same square footage, you have to build up.”

He added that there should also be a greater variety of zoning in terms of available density. There is a huge demand for multi-dwelling zoning so that more townhouses can be built.

“To change from a single-family home to a higher-density zone can take a long time,” says Klundert. “It can really become a bottleneck at both provincial and municipal levels.”

The other factors driving price escalation are the cost of softwood and labor. Unprecedented demand has led to shortages for both.

“Coniferous wood prices have increased unbelievably,” says Klundert. “In the past one to one and a half years, they have doubled or even tripled.

He added that just about every item in a home’s construction has gone up and some basic commodities such as drywall, insulation, plastic piping and concrete have been allocated with the limited supply available.

Klundert said he expects new home demand to remain strong with all the positive economic announcements over the past two months. He is also optimistic that more supply will be available to balance the market.

“Municipalities are working to get sanitation and water sewers and stormwater management systems where they need to be to increase the number of subdivision agreements they can sign on,” Klundert said.

“You should be seeing more of it coming soon.”