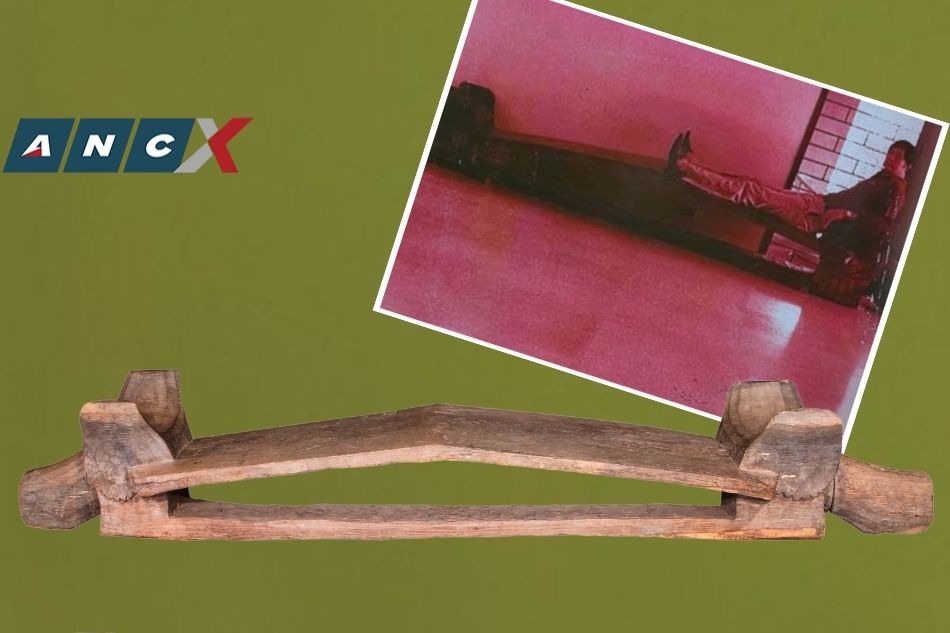 An expert on Philippine tribal art explains why it’s one of the highlights of the upcoming Leon auction, with a starting price of P2 million

The word “archaic”, when used in international tribal art circles, refers to objects created by indigenous peoples before significant contact with the West or with foreign colonizers. The word can also describe an object of great age that contains or reflects the ‘purest’ aesthetic of a people. Aesthetics undiluted by outside influences that, mixed with traditional sensibilities, produce what Western tribal art dealers often condescendingly call “degenerate” art.

This one hagabi is a wonderful example of an archaic piece. In a previous catalog entry for the (now famous) Lopez hagabi, I described the ritual significance of the Ifugao prestige bank, the conditions under which it is put into use, as well as the process by which the appropriate Narra tree (sacred to the Ifugao for its blood-red sap) is selected and cut and carved using only metal adzes and machetes. In that post I also wrote about how the hagabi was a reflection not only of the owner’s status, but also of his social obligations to feed the community in times of famine and poor harvest.

Reflecting the highest aesthetics of traditional Ifugao society, this piece combines both functional knowledge and simplified, practical design. The two elongated zoomorphic heads (the smaller one referred to as “Woman,” the larger, thicker one means the “Man”) serve to balance the bench and anchor it to the ground. The animal’s upright ears serve as a backrest on which the owner would lie after a hard day’s work in the fields, his or her feet raised. So seated, the whole body would then be relaxed.

Seen from the side, the reclining area is a delicate, gently bulging plank, a visual counterpoint to the powerfully rendered zoomorphic heads. The whole piece embodies traditional Ifugao design and sense of proportion, now polished through the wear and tear of traditional use. Ancient native repair shows the two heads were once cut off and then reattached, most likely when the piece was brought from Ifugao to Manila in the early 1970s.

This brings us to the most interesting part of the hagabi‘s history: its provenance, which can be traced back to three men who shaped the tastes and aspirations of a future generation of Filipino collectors of tribal art.

The piece originally belonged to collector/dealer William Beyer. Bill, as he was better known, was the son of American archeology and anthropologist Henry Otley Beyer, known as the father of Philippine archaeology. William’s mother was Ling-ngayu Gambuk, an Ifugao woman from Amganad. Growing up in Ifugao with such an illustrious father, William was in a unique position to acquire many original artifacts from Ifugao families. He did this from the 1960s to the 1980s, contributing to his reputation as the most renowned Tribal art dealer of his time.

Beyer lent this first hagabi to the National Museum in the early 1970s. He eventually sold it to collector Ramon Tapales, his longtime friend and customer. Tapales was known in the international tribal art circles for his fine eye and discerning taste. He was the source of many important objects that are now included in international collections. Many of these were even showcased in the landmark 2013 show, “Philippines: An Archipelago of Exchange” at the Musee du’Quai Branly in Paris.

In his memoir, “Provenance: Collections and Recollections”, there is a photograph of Tapales from the 1970s of him lying on this hagabi† “At the time,” Tapales recalls, “Bill claimed it was the longest hagabi he had ever bought locally.”

The piece was later sold by Tapales to his colleague, Angel Lontok Cruz. Both men were “friendly competitors” who were most active from the 1970s to the 1990s. In retrospect, it was a two-faced period. For while great political, financial, cultural and religious upheavals swept through and forever changed Philippine traditional communities, it was also a prosperous harvest season for collectors of both Philippine tribal and colonial art.

While many of Tapales’ prized possessions were distributed to European and American collectors in the late 1990s, the Angel Lontok Cruz collection of Ifugao art remains intact in Europe. Due to its sheer size, only this one hagabi stayed in the Philippines.

So this archaic hagabi is both artifact and record. As an object, it embodies the highest standards of traditional Ifugao society. It is also an account of three men who first discovered the beauty of Ifugao art and made it their lifelong passion.

Unfortunately, this impressive provenance will never be complete because William Beyer’s purchase receipts have been lost. Thus we will never know the name of the first owner, the noble one kadangyan who first ordered this masterpiece.

[This archaic hagabi is part of the upcoming  Leon Gallery Spectacular Mid-Year Auction 2022 happening this June 11 at 2PM. Co-presented by ANCX, the auction gathers a staggering 142 lots made up of art from Filipino masters and contemporary artists, as well as precious antiques. To browse what’s in store, visit the Leon Gallery website.]