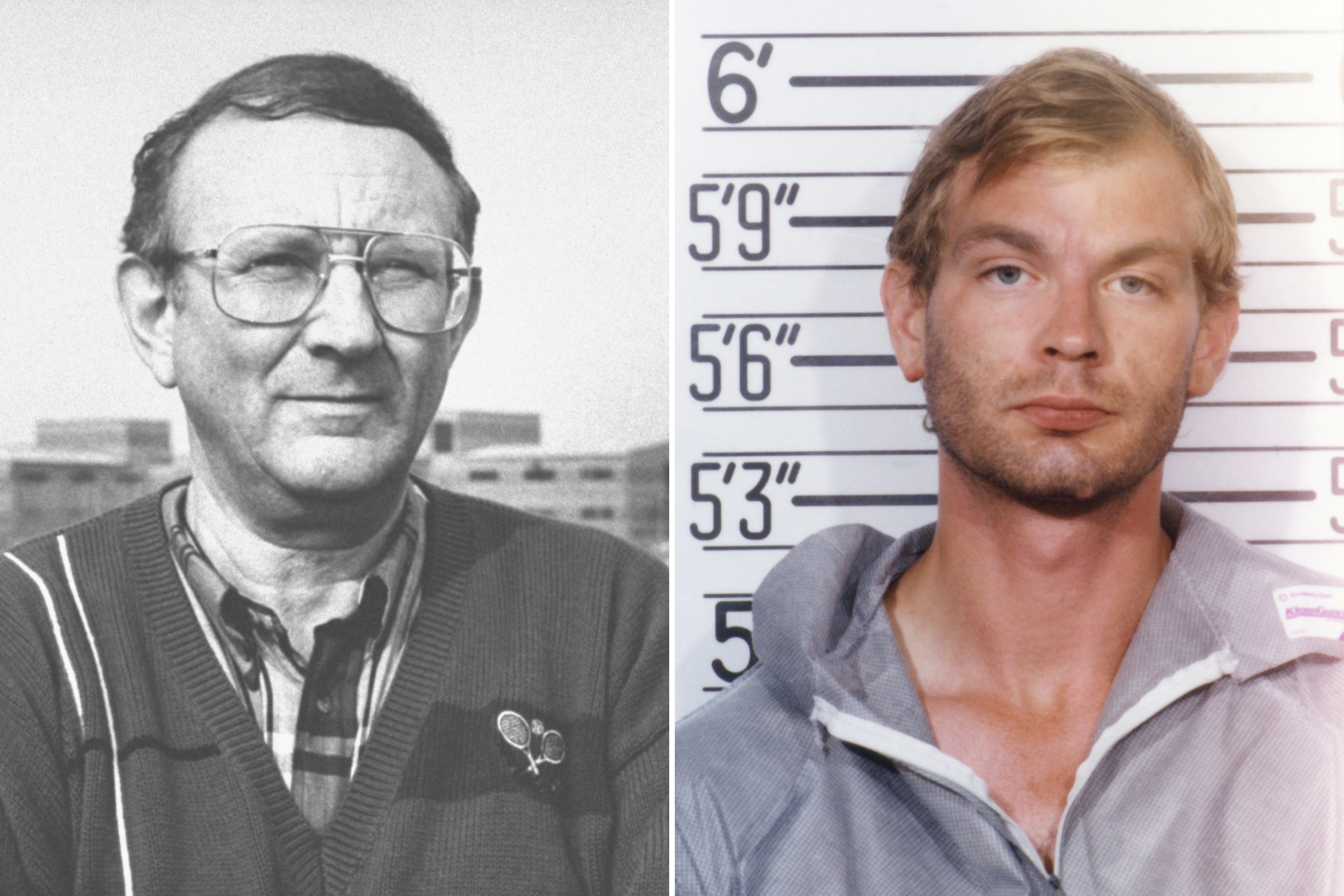 Netflix just released a new drama titled Dahmer – Monster: The Jeffrey Dahmer Story which focuses on the titular serial killer who committed the rape, murder, and mutilation of 17 men and boys between 1978 and 1991.

The show, led by Ryan Murphy, sees Evan Peters portray the infamous killer as it investigates his crimes and the aftermath of his arrest, with him serving 15 life sentences for a total of 957 years in prison. Dahmer died in prison in 1994 after being beaten to death by a fellow inmate.

Dahmer’s father, Lionel, the author of A father’s storyhas often talked about his son and tried to explain why he believed his son became a serial killer.

In the years since his son’s murders came to light, Lionel often appeared on talk shows to share his views on the matter.

In an interview with Charles Gibson about: Good morning America in the 1990s, Lionel said of what he believes might be the reason for his son’s actions: “The closest I could come to why — to give some sort of causality to all this — is that I think that it was a cumulative thing.

“I think there have been several events in his life, starting with the hernia surgery, his concern about having his penis cut off, which he expressed to his mother at the time, I didn’t even know about that until the trial in February” 92 .

“That plus a blow to the back, plus I don’t know about these various incidents, going around and getting fatalities.

“All these things came to a cumilative end and it stuck. I’m convinced it chopped into his sexuality at age 14 or 15. There were really no obvious signs. He wasn’t foaming at his mouth or talking to himself.” in his sleep, or behaving in a weird way.”

The father said his son was a “very wonderful little boy” but that he was “very shy” and “very withdrawn” growing up, something he urged other parents to watch out for with their own children.

“That’s another thing I would like to convey to parents, even if their child seems innocent, try to bring out their concerns and anger,” he said on the show. “Because if they don’t talk to anyone, there’s no reality check at all, and what they can’t differentiate between fantasy and reality.”

Lionel reiterated this in a 1994 interview with Oprah Winfrey, saying, “The only signs I saw were shyness and unwillingness to participate in social interactions, things like that. But really no overt signs of any kind.”

During the interview, Lionel said his son had not been sexually or physically abused as a child. Looking for a reason why Dahmer killed, he said he believed his son’s reluctance to talk about his problems was a red flag.

“I don’t have a lot of scientific evidence for this, but this is a message I want to give to parents: I feel that when a young person, especially a man, comes through puberty and keeps everything in, bottle everything in without talking to peers, friends, family about anything about their fears, anger, frustration, I think it’s very possible that all those fears are mixed with their sexual awakening, so much so that they don’t understand what’s going on,” he said .

In a 2020 documentary about his son titled Ghost of a MonsterLionel also shared how his divorce from Dahmer’s mother, Joyce Flint, came as a shock.

“Jeff reacted badly, he went out and started hitting the trees with a branch, apparently because he felt like he was losing control, and he was clearly frustrated by that,” said Lionel. “He came home from high school drunk. The drinking got worse and worse and I talked about the dangers of going through with him, but I think he was so addicted physically and mentally at the time.”