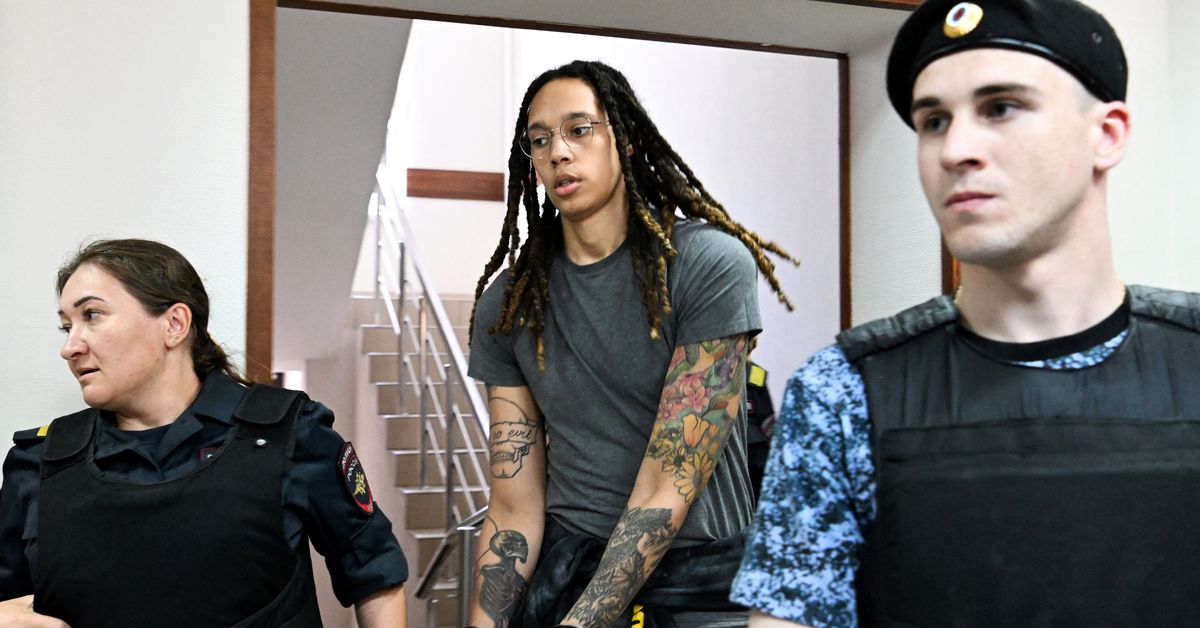 It was never about the gram of hash oil. But WNBA star Brittney Griner has been caught up in the new geopolitical conflict between Russia and the United States. She has been in jail since her arrest at Moscow airport in February for carrying that gram. In August, Russia sentenced her to nine years in a penal colony.

This morning, the White House announced that Griner has been released and is on his way home to the United States. She was traded in the United Arab Emirates for notorious Russian arms dealer Victor Bout, nicknamed the “merchant of death”, who has been in US custody for more than a decade.

“After months of being unfairly detained in Russia, held in unbearable conditions, Brittney will soon be back in the arms of her loved ones, and she should have been there all along,” said President Joe Biden.

That the issue has been raised to the White House shows the importance of bringing home a US citizen who is being held in appalling conditions. (A senior government official said Thursday that President Joe Biden had “personally monitored” the negotiations.) But it’s too soon to say it has bigger implications for the US’s role in the Russia-Ukraine war.

Here’s what we do know about how and why the prisoner exchange happened now, and what else it could mean.

How Brittney Griner was brought home

The most likely explanation is also the most obvious: trading Victor Bout for Brittney Griner might have been the best deal for both Russia and the United States. It just took some time for each party to realize it.

The Biden administration made a version of this framework public about six months ago, offering to trade Bout for Griner and Paul Whelan, a US company security director and former Marine convicted of espionage who has been held in Russia since 2018 . this deal didn’t seem to gain much traction.

What is especially interesting is that the deal has been made public. “Normally we wouldn’t have heard that kind of detail. It was exceptionally rare in the process,” said Danielle Gilbert, a fellow at Dartmouth College who studies hostage negotiations.

Meanwhile, both Russia and the US have taken steps to increase their own influence. The Russians prosecuted Griner, with a court handing her a harsh prison sentence, and then took her to a penal colony. In recent months, the U.S. has been working with partners to arrest Russians around the world, mainly for evading sanctions. The administration official said the US has “relied on” its partners worldwide to convey to the Russians how serious we have been about resolving wrongful detention cases.

The two sides continued to jockey until they finally came back to a version of the original framework. But Whelan was not included – perhaps because his case involves espionage, according to Gilbert. Visiting Russia for a wedding, Whelan was accused of being a military intelligence officer carrying classified information and was convicted in what the US called a mock trial.

“We have tried all kinds of alternatives. We, of course, tried to pay the lowest price possible,” a senior Biden administration told reporters at a news conference today. “But at the end of the day, we feel a moral duty and a policy duty to bring home those who are being held hostage or wrongfully held.”

There is a possibility that there were other elements in the deal. There may be something very secret that we don’t know and won’t know, something that would be in both Russia’s and US’s interest to keep behind closed doors. After all, that was how the Cuban Missile Crisis of 1962 was resolved, through quiet diplomacy, the full picture of which only became clear later.

What is happening now between Russia and the US?

The exchange of Griner and Bolt today may mean unleashing US-Russian relations – nothing big yet, but an important, small breakthrough that can be built on over time.

It’s possible that both sides were on the verge of breaking diplomatic ties and realized they weren’t quite ready to put that relationship aside, even though conditions have been severely hampered by Ukraine’s ruthless and illegal invasion of Russia.

Crucially, the US has not had an ambassador to Russia since September. Biden has nominated career diplomat Lynne Tracy and she awaits Senate confirmation. But at some point, if Russia does not allow her to accept that diplomatic post at the Moscow embassy, ​​the US would consider expelling the Russian ambassador to the US. These things are mutual.

The only way to protect American citizens in the world is through diplomatic engagement. It doesn’t necessarily contribute directly to US efforts to bolster Ukraine’s defenses, and the White House reiterated Thursday that it would not enter broader negotiations with Russia (i.e., talks about the war) without key partners (such as Ukraine). ) to involve. But it does show how diplomats can work to protect American citizens. One of the broader lessons of the Griner incident is that it is simply not safe for Americans to visit Russia at this time, as the US State Department has said in its warnings.

Another takeaway is that medium powers will continue to play an outsized role in the era of heightened tensions between nuclear-armed superpowers. The United Arab Emirates, the country where Griner and Bout were traded, has been a close partner of the US and home to many Russian refugees. These countries that have not taken sides will continue to be powerful interlocutors.

Whether this was simply the best possible deal or an indicator of another breakthrough in US-Russia ties, it’s welcome news: for Griner’s family, for the Biden White House, and for all Americans who are feeling the pain of felt hopelessness over Griner’s arrest.

“Things are often resolved through this kind of exchange, and they take a long time, so it can feel hopeless when you haven’t heard any news for weeks or months and you know an American is suffering in a foreign land,” Gilbert told me. “People are always quietly working on this behind the scenes, but we don’t see that until a lucky day like today.”

Clarification: An earlier version of this story said that Griner’s detention began in March, when the rest of the world found out. Her arrest was in February.

Help us reach our goal

In our recent reader survey, we were pleased to hear that people appreciate Vox because we help them educate themselves and their families, spark their curiosity, explain the moment, and make our work approachable.

Reader Gifts support this mission by keeping our work free – whether we’re adding nuanced context to events in the news or explaining how our economy got where it is today. While we’re committed to keeping Vox free, our signature brand of explanatory journalism is resource-intensive, and gifts have reduced our reliance on advertising. We aim to raise 3,000 new donations by December 31 to keep this valuable work free. Will you help us reach our goal and support our mission by making a donation today?


Google Pay. You can also contribute via