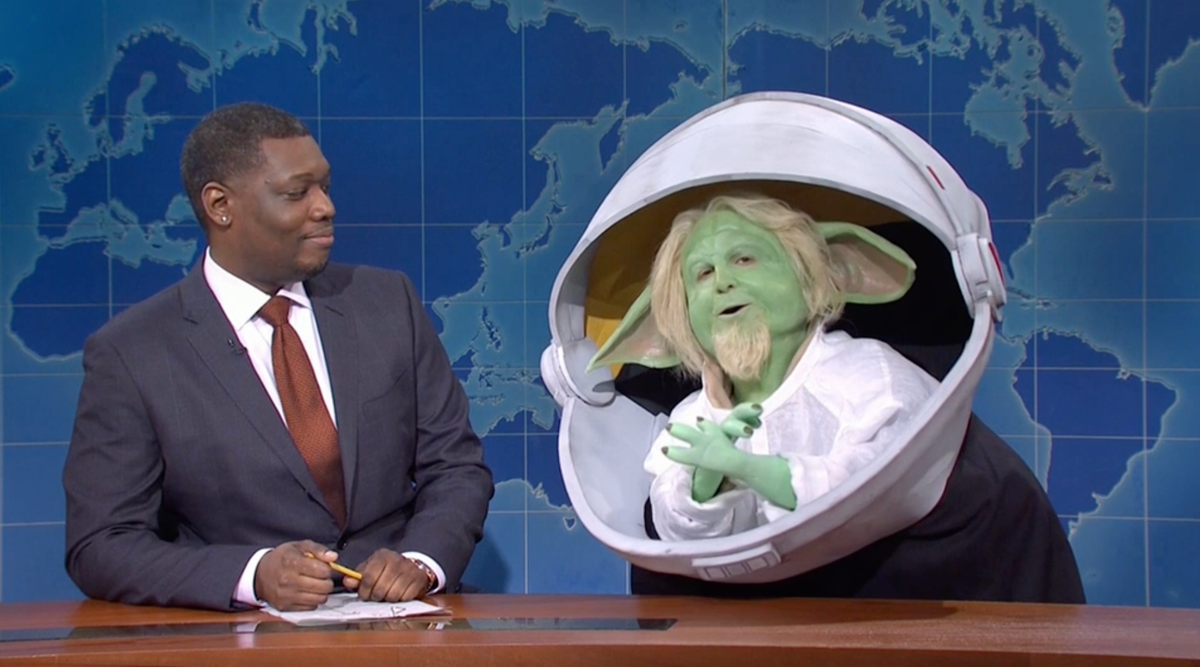 This weekend’s episode (May 14) of Saturday Night Live featured another appearance of the fan’s favorite character, Baby Yoda.

The iconic creature from Disney+’s The Mandalorian has been parodied on the show multiple times, making its debut in the ninth episode of season 45.

Baby Yoda, played by comedian Kyle Mooney, is a misunderstood figure among fans who are often confused by his monologues.

In this week’s episode, promoting the upcoming miniseries Obi-Wan Kenobi Baby Yoda was released on May 27 and was invited again to share everything Star Wars†

However, things took a turn for the worse when he turned to talk instead about his recent experience on an ayahuasca retreat — a spiritual journey that takes place after someone takes psychedelics.