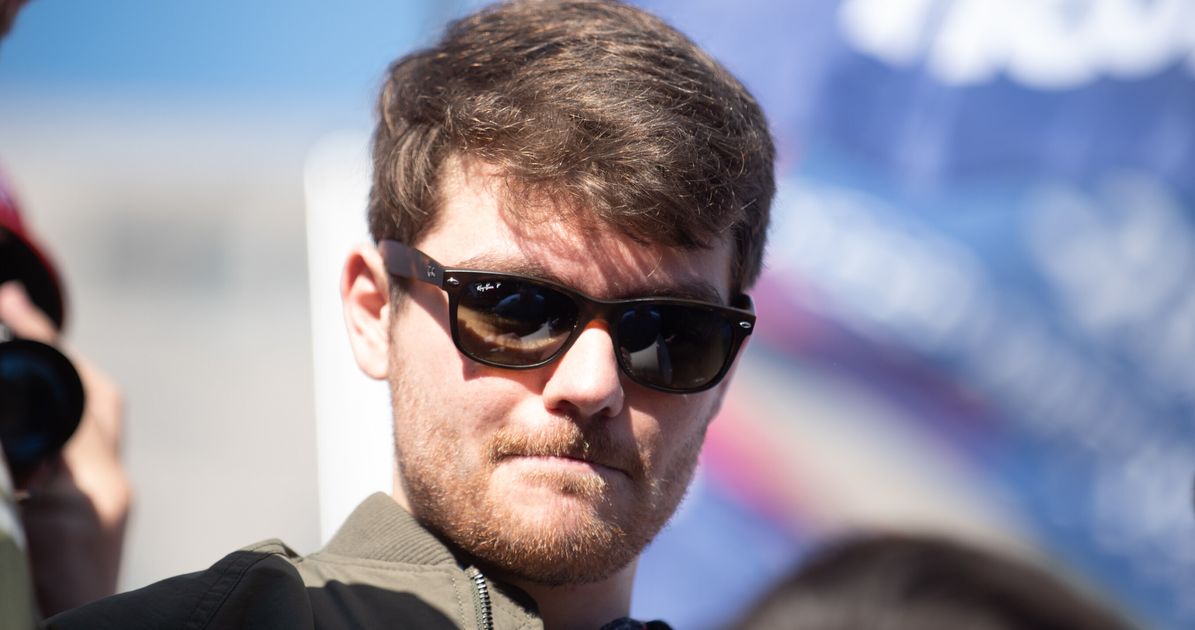 White supremacist Nick Fuentes, who dined with former President Donald Trump at Mar-a-Lago last month, had a very different experience at an In-N-Out Burger joint in Los Angeles, where he was videotaped during a food fight.

You can see a visibly angry Fuentes hurl his paper cup of soda at someone and spray several evasive patrons, one of which complains, “Whoah!”

HuffPost has reached out to In-N-Out Burger representatives for comment.

Racist YouTuber Nico Kenn De Balinthazy, also known as Sneako, can be seen in the video along with Fuentes.

He claimed in his own tweet posted early Saturday that the problem started when they were approached by a couple who “flipped” us at the fast food joint and ended up throwing ketchup at them.

“We were attacked first,” he said in his tweet, trying to clear things up before the incident “goes viral” and Fuentes “looks bad.” He pointed to blobs of ketchup on a wall above where the two men stood. Fuentes “retaliated” when he swung his drink as the pair walked off, Sneako said.

Witnesses told TMZ that a couple approached Fuentes and threw paper cups of ketchup at him after some verbal altercation. According to TMZ, Fuentes left the restaurant about five minutes after throwing his drink.

A patron was heard yelling at him as he walked out, “Fuck Nick Fuentes. You racist!”

That other dinner party at Mar-a-Lago is giving Trump a world of trouble, which seems more than ever to deal with racist, homophobic anti-Semites. Trump has repeatedly claimed that he had no idea who Fuentes was when he accompanied Ye, the rapper formerly known as Kanye West, to a dinner party.

But Ye has his own baggage. His Twitter account was blocked in October after he posted a horribly anti-Semitic message. After new Twitter CEO Elon Musk restored his access, Ye posted a swastika intertwined with a Star of David — and his account was locked again.