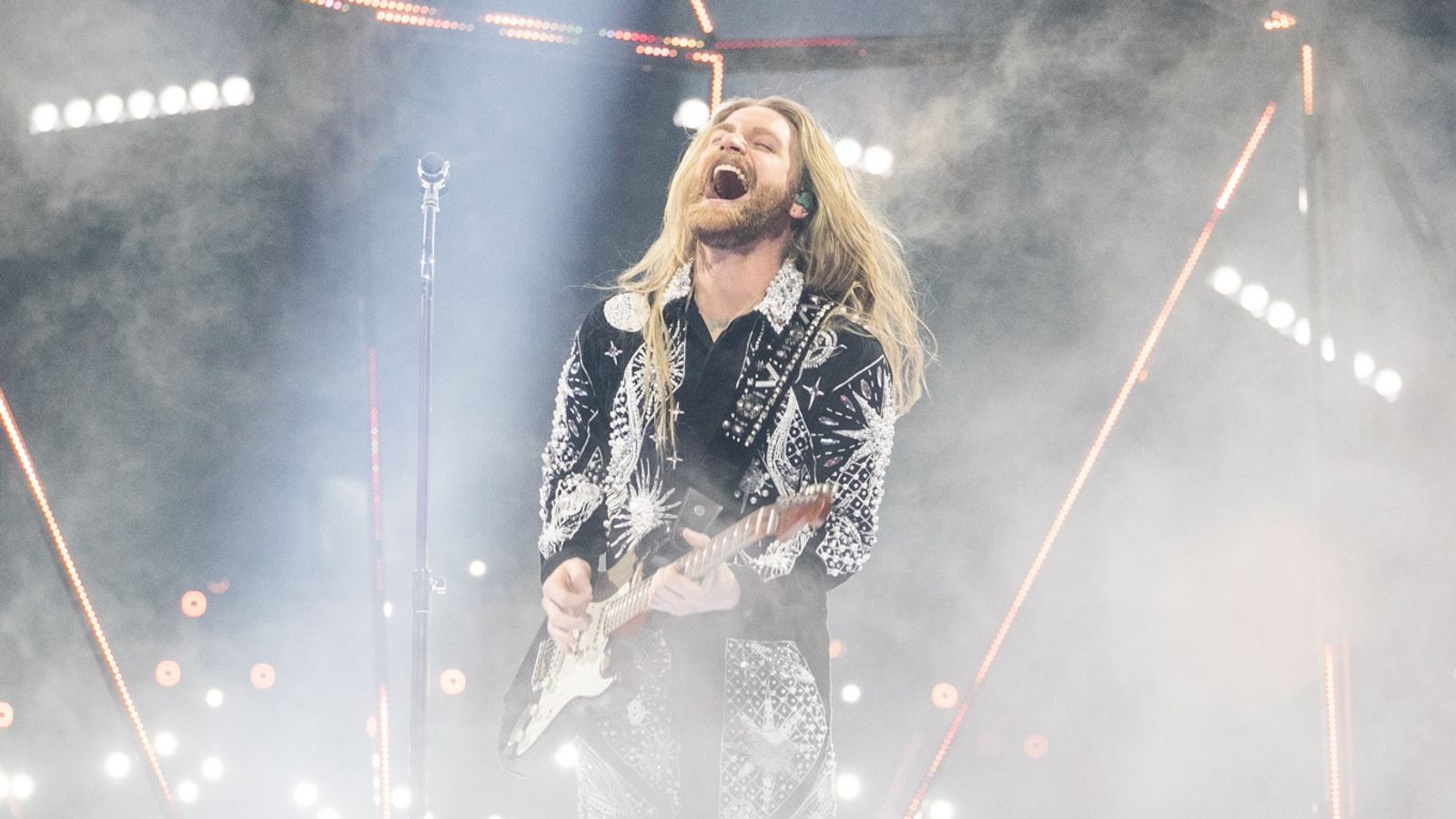 Believe it or not, the Eurovision Song Contest is one of the largest and most watched annual television events in the world.

Hundreds of millions of people around the world watched the competition in Rotterdam last year – where Italian Maneskin topped the standings with Zitti E Buoni and Britain’s James Newman scored the dreaded zero points with Embers.

This year again promises to be an exciting match – the arena will be filled to the brim with screaming fans and stars will take the stage unhindered by the concerns of COVID.

But who’s in the running, who should you watch out for, and could global events affect the outcome (I think you might already know the answer to that…)?

The beautiful northern Italian city of Turin is the home of the competition this year, after several places in the country applied for the chance to host the competition.

As has been the case for decades, the winner of the annual competition wins the right to host it the following year.

The show itself comes from the PalaOlympico, an arena built for the 2006 Winter Olympics, which hosted the ice hockey events.

More recently, however, it has been used as a concert venue, hosting the likes of U2, Ariana Grande and Madonna.

Strangely enough, there is British interest in this answer – pop icon Mika is one of the three presenters of this year’s Eurovision Song Contest.

The Grace Kelly singer is joined on stage by Alessandro Cattelan and Laura Pausini in Turin.

Mika had chart success in the late ’90s with his album Life In Cartoon Motion, which featured huge hits like Love Today and Lollipop, and became a judge on the Italian version of the X-Factor – if that answers your question.

For the UK, Graham Norton will commentary on the event as usual, with Scott Mills and Rylan in attendance for the semi-final. AJ Odudu will utter the words “this is Salford calling” for the first time ever, as the UK’s voice spokesperson for the evening.

Any country in the world can participate, confusingly enough, and not all European countries are members (for example, Australia participates, but Andorra does not).

Anyway, 40 countries will participate – five of which (the UK, France, Italy, Spain and Germany) will automatically enter the final – they are known as the Big Five.

The rest will participate in two semi-finals on Tuesday and Thursday, before the main competition for the last 20 places.

Russia was kicked out of the competition this year under pressure from other member states.

How does it work?

After the semi-finals this week, 25 countries will face each other in the grand final.

The order is drawn at random and all acts get one last chance to perform live.

Voting is done in two ways – the first is by each country’s national juries, who award 1-12 points using their music expertise. These are the voices used by the Eurovision Song Contest when the talking heads come to award each country’s points.

Second, there’s the public vote – you can vote for anyone but yourself. These scores are added up and added up after the judges’ points have been awarded.

Win the most points and you will host Eurovision next year.

Who is favorite to win?

Kalush Orchestra (a spin-off of their main group, Kalush) will perform Stefania in Turin – dedicated to the singer’s mother.

It’s a folk-rap song (how bad Eurovision Song Contest) sung entirely in Ukrainian – I’ll let you decide what you think of the song.

These odds may be a bit skewed, given that the country is under attack from Russia – leading to global support for Ukraine.

We caught up with Kalush in Turin last weekwhere the singer said that one of the members of the group is still defending the streets of Kiev.

What about the UK?

We will. We are the second favorite to win.

Sam Ryder, a TikTok sensation with over 12 million followers, is among the frontrunners in the UK competition for the first time in years.

He will perform Space Man – a song he wrote during lockdown – a cheerful contemporary pop song.

Ryder is likeable, fun and insanely talented. He was chosen by the BBC (which runs Eurovision on behalf of the UK) and record label TaP Records, in an effort to show that the UK is taking the competition seriously.

Listen to his rehearsal clip from last week below.

Which acts should I pay attention to?

Latvia’s Citi Zeni has arguably the funniest track this year, Eat Your Salad – an ode to veganism and recycling through a jazzy pop song. Listen to the opening lines “Instead of meat I eat vegetables and…” accompanied by a cat emoji behind it.

Then we have Norway with Give That Wolf A Banana by Subwoolfer. It has everything you look for in a Eurovision act: references to eating bananas, fireworks, the name Keith and two singing men in bright yellow wolf masks.

For fans of early 1990s goth rock, the Finnish act is a blast from the past with band The Rasmus – who were known for their 2003 hit In The Shadows. They’ll be playing Jezebel – which they say is about a “girl that takes what she wants without asking”.

Eurovision Song Contest kicks off on Tuesday with the first semifinal at 8pm on BBC Three, then again on Thursday.

The main show takes place on Saturdays at 8pm, on BBC One.