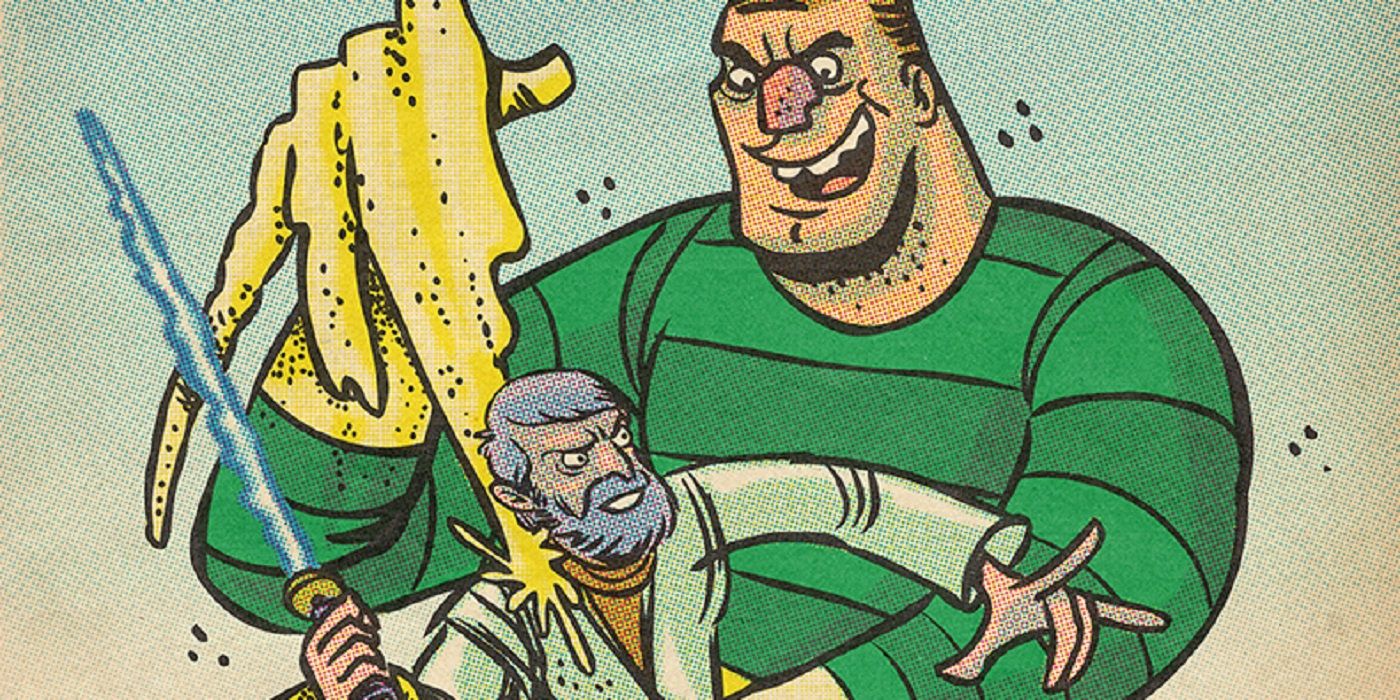 So every week I post a topic here. You answer it on the CSBG Twitter page (just write @csbg with your answer), our artists will each pick one of your suggestions and I’ll post their drawings here every week based on your suggestions. This way you have a new question every week and you can see the choices from the previous week.

To be eligible you must follow @csbg when you comment – so follow us and then provide your answer to the following question/challenge (all suggestions must be by 11:59 PM Pacific Monday).

The theme for next week is…

In honor of the Strangers Things season 4 debut, I want to go back to a theme that I thought was doing well, ccome up with an homage to an 80s comic book featuring the characters from Stranger Things

Read on for the drawings that came about thanks to the last question/challenge!

In honor of the debut of the Obi-Wan Kenobi TV series, suggest notable fictional characters that you would have loved to see in the years between Revenge of the Sith and New Hope on Tatooine in Obi-Wan. Show what Obi-Wan has been up to all these years!

I put them in alphabetical order based on the person who made the suggestion.

All copyrights and trademarks of the following characters are the property of their respective owners.

Doctor Who and Daleks

This drawing is by Adam Star Ruvola. His website is here.

Mjölnir and Thor make an emergency landing on Tatooine. Obi-Wan says “Here, you dropped this” and hands Thor his hammer.

Nick Perks is the artist for this one. Here is his website.

Brendan Tobin signed this one. Here is his website.

The art for this is by Merk. His website is here.

Obi-Wan becomes the GL of Tatooine

This drawing is by Rod Allen. Here is his website.

The cast of Trainspotting

This drawing is also by Adam Star Ruvola. His website is here.

Axel Medellin signed this one. His website is here.

A lot of people suggested some characters (Nick actually wrote them all down, I just didn’t feel like coding them all). Werehawk1 made a specific request for NO Jar Jar Binks, but oh well….

The art for this is by Nick Butch. His website is here.

Great work, everyone! Now I know what Obi-Wan has been up to on Tatooine all these years! No wonder he looked so old at New Hope! He was worn out!

Okay folks, tweet us suggestions for next week’s Line!

Line it is Drawn: other cartoon characters get their own symbiotes!

CBR Senior Writer Brian Cronin has been writing comic books professionally at CBR for over fifteen years (primarily with his “Comics Should Be Good” series of columns, including Comic Book Legends Revealed). He has written two books on comics for Penguin-Random House – Was Superman a spy? And Other Comic Legends Revealed and Why does Batman carry a shark repellent? And other great comics! and a book, 100 things X-Men fans should know and do before they die, from Triumph Books. His writing can be seen on ESPN.com, the Los Angeles Times, About.com, the Huffington Post, and Gizmodo. He has entertainment and sports legends on his website, Legends Revealed, and other pop culture features on Pop Culture References. Follow him on Twitter @Brian_Cronin and feel free to email him suggestions for comic book stories you’d like to see at [email protected]!