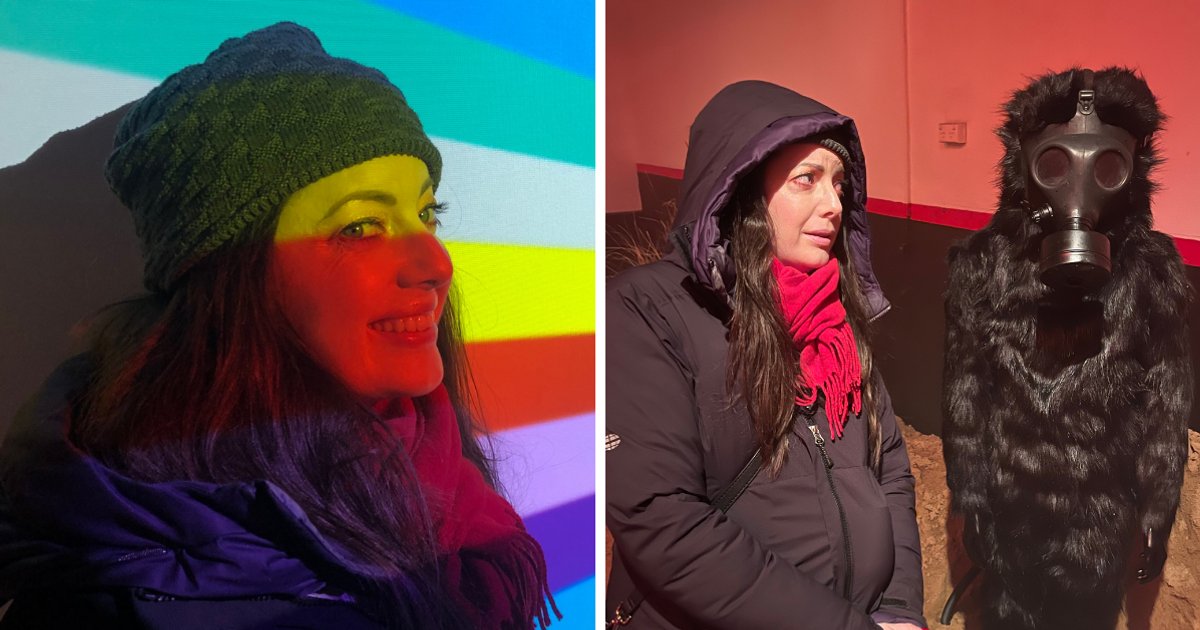 With the stark nature of artwork looking up, I then decided to make the relatively long trek down to another warehouse, where the festival’s flagship artwork awaited…

But to get there, you first had to pass through Five Angels For The Millennium, where you entered a huge, blackened room surrounded by five giant screens, each showing different angles of a figure in water in slow-mo and vice versa. This may not sound sparkling, but I assure you that on that frigid night, surrounded by silence, the occasional splash, it was real and perhaps most important to me, it was calming. As much as I love a bell and whistle, I also appreciate any artwork that takes me to another dimension, especially through still images.

It was beautiful, and honestly, I think a bit overlooked because a lot of people were running through here to get to the next room where the big ticket item was waiting…

Inverted Birth, a grotesque yet intriguing video, again in slow motion and vice versa, of a shirtless man being doused in a variety of… liquids. Water, milk (I hope), blood (I can’t tell if this was real or not) and finally some sort of black oily substance.

I have my own theories as to what each of those stages should represent, but I’m sure if you’ve ever given birth or heard a birth story, you’ll probably come to the same conclusion.

The vertical screen on which this was presented in the hollow space was enormous, and downright visually spectacular in that damp, dead space of bare concrete. I can’t explain why the images were so striking… maybe it was the slimy simplicity of the concept, or maybe just the suggestion of a grown man being reborn? Whatever it was, we all clearly felt it, because no one rushed out of that room. We were all transfixed and looked at it several times. I know there’s a lot of crap being said and written about art, but sometimes there are pieces that just cut through, and this was one of them.

I wonder if his mother remembers it that way? Image: delivered.