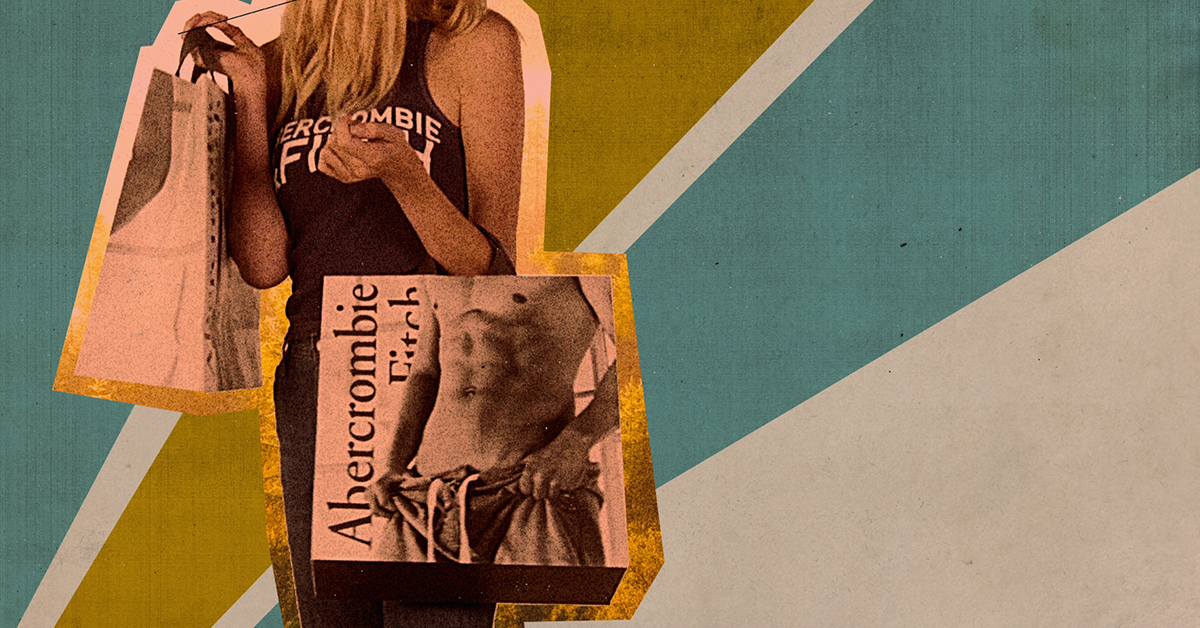 The new documentary White Hot: The Rise and Fall of Abercrombie & Fitch, isn’t just a nostalgic trip back to the late 1990s and early 2000s, when strong-smelling A&F stores were found in malls across North America. The film, recently released on Netflix, tells the story of how the retailer — and its former CEO Mike Jeffries — turned whiteness, sex, and youth into a multi-billion dollar brand. The shopkeeper was notorious for thin women and muscular men, and workers say they were often told to recruit good-looking people from sororities and fraternities on college campuses. That same recipe of exclusivity eventually led to the decline of A&F.

In 2003, A&F, which then had nearly 700 stores, including the offshoot Hollister, was hit by a class action lawsuit filed on behalf of former employees and job applicants alleging the retailer had committed racial discrimination. Prosecutors said the company hired mostly white people and kept colored workers off the sales floor by assigning them to warehouse and cleaning jobs. One of the former employees who sued the company was Anthony Ocampo, a figure in the new document. Ocampo says that when he tried to be rehired at A&F during a summer break from Stanford University, he was told he couldn’t get his job back because “too many Filipinos” were already working.

A&F settled the lawsuit in 2004, agreeing to pay US$40 million to several thousand plaintiffs. It admitted no wrongdoing, but agreed to improve diversity in its workforce and recruit a vice president of diversity. (Two years later, in 2006, Jeffries said that A&F targets attractive “cool kids” and that “a lot of people don’t belong” in the brand’s clothing.)

CB spoke with Ocampo, who is now a California-based scholar and writer, about what it was like to sue A&F at the height of its popularity, how he felt about the film, and what he thinks the company has learned since.

When did you start at A&F and what attracted you to the company at the time?

I started working there as a seasonal brand representative in December 1999, when I was a freshman in college. I went from a life in LA, where people of color lived, to the Stanford campus, where it was predominantly white. For a long time I felt like I didn’t belong. As an 18-year-old kid, I thought I might fit in if I dressed the part – all white kids wore Abercrombie.

When did you first notice that employees of color were treated differently than white employees?

At first I thought it was a matter of seniority that I was placed in the back of the store. I assumed everyone on the sales floor had worked there for a long time. Afterwards I realized that the people who worked in the front of the store were mostly white. The people in the warehouse were people of color, mostly Latino, no matter how long they had worked there.

Things changed when you tried to be rehired for the summer while on a break from college. Then you said the discrimination was becoming more apparent.

When I left, I was told by my then manager that I could be rehired, so I came back in June 2000. But when I went back to ask for a job, they said, ‘I’m sorry, we can’t hire you again.’ And when I pressed for a reason why, the brand rep I spoke to said, “I’m sorry, my manager said we can’t re-hire you because we already have too many Filipinos in this store.”

I went out and played the conversation with my head, thinking, Did that really happen?† I could not believe it. I felt really ashamed and very ashamed – I should have said something back, but didn’t.

You eventually joined a class action lawsuit against A&F. How did you get involved in suing the brand?

I was telling my story to friends, and as luck would have it, a friend who worked at MALDEF – a Latino civil rights organization – was interning for an attorney who was working on a case against Abercrombie at the time. For me, I just wanted to tell my story – there wasn’t a part of me that was in it for financial reasons. I wanted a chance to share my experience on a bigger platform.

When you settled in, Abercrombie admitted no mistakes, but it did promise to make changes and eventually hired a vice president of diversity and inclusion. What did you think of the resolution?

I was skeptical. There was no way hiring one executive could change the culture overnight, but it offered a glimmer of hope. Part of me was excited that they admitted to hiring a vice president because I thought it would send a signal to other companies that you shouldn’t be racially discriminated. But in terms of my belief about changing Abercrombie, it was pretty, pretty minor.

And incidents continued to occur. In 2013, A&F was charged with firing an employee for wearing a hijab. In 2015, the US Supreme Court ruled that the company discriminated against a Muslim woman for not hiring her because her hijab violated the store’s dress code.

When everything else happened — workers who couldn’t wear certain hairstyles or wore a hijab — I wasn’t surprised.

What was it like for you to re-share your experience in this documentary?

I’m 41 now. What happened to Abercrombie was over 20 years ago at this point. I’ve had years to process what happened to me and to heal from that incident. When I was asked to make this documentary, my first instinct was: This feels like it’s over† In my mind I wondered if people would care what Abercrombie was doing. And to my complete shock, when the documentary came out, I had people from every period of my life — from elementary school to college — as well as strangers reaching out to me and telling me their traumatic Abercrombie stories.

Some stories were directly related to race, people who felt like they were being fired from a job in a passive-aggressive way, while other people had talked about class issues, such as feeling less than because they couldn’t afford the clothes, or not pretty because they didn’t fit the clothes. Sometimes incidents of racism or discrimination make you think you are the only one. All the comments I’ve heard prove the point of documentary: the negative impact of the brand was quite widespread.

A&F has since been renamed and its website and social media seem to emphasize diversity with color models and different body sizes. Do you think the company has really changed?

I see that as cosmetic and as Abercrombie trying to save the profitability of their business. They never really considered the past, whether it was hiring a Muslim woman for her hijab or telling black people you can’t style your hair a certain way, or all the things that happen to me and other employees. have happened. While Gen Z has a different view of Abercrombie, for the rest of us, it’s not that the diversification of the models now in any way erases the experiences we had. If you Google the corporate team at Abercrombie, it’s usually just as light as it used to be.

In the documentary, A&F issued a statement saying that the brand has “evolved to become a place of belonging rather than ‘fitting in.†