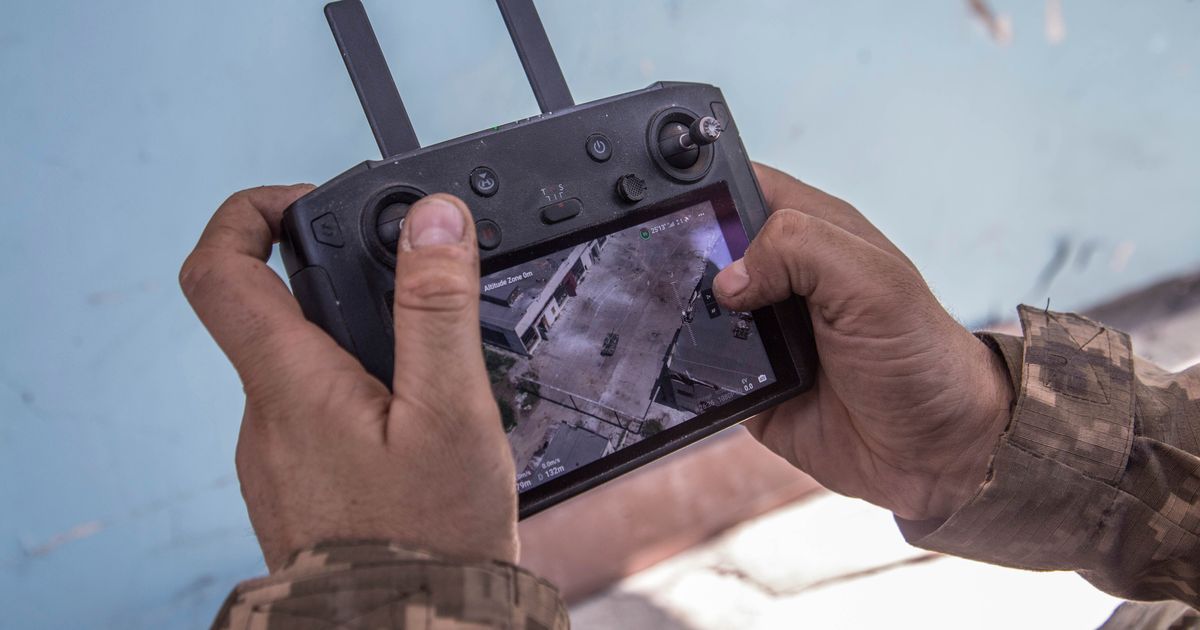 BAKHMUT, Ukraine (AP) — Ukraine and the West have denounced a pro-Moscow court that sentenced two British citizens and a Moroccan to death for fighting for Ukraine, calling the proceedings a sham and a violation of the law. rules of war.

Meanwhile, as the Kremlin’s armed forces continue a war of attrition in the east, Russian President Vladimir Putin on Thursday appeared to compare his actions to those of Peter the Great in the 18th century and said the country must “take back” historic Russian lands. †

A court in the self-declared Donetsk People’s Republic of Ukraine has found the three fighters guilty of seeking to overthrow power, a crime punishable by death in the unrecognized eastern republic. The men were also convicted of mercenary and terrorism charges.

The Russian state news agency RIA Novosti reported that the suspects – identified as Aiden Aslin, Shaun Pinner and Brahim Saadoun – will be placed before a firing squad. They have one month to appeal.

The separatist side argued that the three were “mercenaries” who were not entitled to the usual protection given to prisoners of war. They are the first foreign fighters sentenced by Ukraine’s Russian-backed rebels.

Ukrainian Foreign Ministry spokesman Oleh Nikolenko condemned the proceedings as legally invalid, saying: “Such show trials put the interests of propaganda above the law and morality.” He said that all foreign citizens fighting as part of the Ukrainian armed forces should be considered Ukrainian military personnel and protected as such.

Saadoun’s father, Taher Saadoun, told the Moroccan online Arabic-language newspaper Madar 21 that his son is not a mercenary and that he holds Ukrainian nationality.

The families of Aslin and Pinner have said the two men had long served with the Ukrainian army. Both are said to have lived in Ukraine since 2018.

The three men fought alongside Ukrainian forces before Pinner and Aslin surrendered to pro-Russian forces in the southern port of Mariupol in mid-April and Saadoun was captured in the eastern city of Volnovakha in mid-March.

The Russian military has argued that foreign mercenaries fighting on the side of Ukraine are not combatants and can expect long prison terms at best if caught.

‘It’s impossible – Do you understand? — impossible to build a fence around a country like Russia. And we don’t plan to build that fence,” the Russian leader said.

In other developments, French President Emmanuel Macron told Ukrainian President Volodymyr Zelenskyy that France was ready to send more “heavy weapons” to Ukraine, according to Macron’s office. French officials did not comment on the weapons. The call came after Macron angered Ukrainian officials by saying world powers should not “humiliate” Putin.

Zelenskyy said the Ukrainian army is continuing to push back Russian troops from Kharkov, the country’s second-largest city, which lies north of the Donbas. Ukrainian television broadcasting was restored after a TV tower was shelled.

“Attacking television centers, destroying communication channels, leaving people isolated – this is the tactics of the occupiers that they cannot do without, because openness and honesty are also weapons against everything the Russian state does,” he said late in his evening speech on Thursday. †

— Fierce fighting continued in the city of Sievierodonetsk in a battle that could help determine the fate of the Donbas, the industrial heart of Ukraine to the east. Moscow-backed separatists already controlled parts of the Donbas before the invasion, and Russian forces have won more.

— Residents of Kharkiv reported what appeared to be cruise missile attacks on the northeastern city. One hit a supermarket. Another hit a coking plant. No details were available.

— Russian forces are trying to resume their offensive to completely capture the Zaporizhzhya region of southeastern Ukraine, Ukrainian authorities said. Kiev retains the northern part of the region, including the city of Zaporizhzhya.

– Thirteen civilians were killed in Ukrainian shelling of the separatist-controlled city of Stakhanov in the Donbas, a pro-Russian separatist envoy said on social media. It was not immediately possible to verify the claim.

– Russia claimed it had used missiles to attack a base west of the capital in the Zhytomyr region, where it said mercenaries were being trained. There was no response from the Ukrainian authorities.