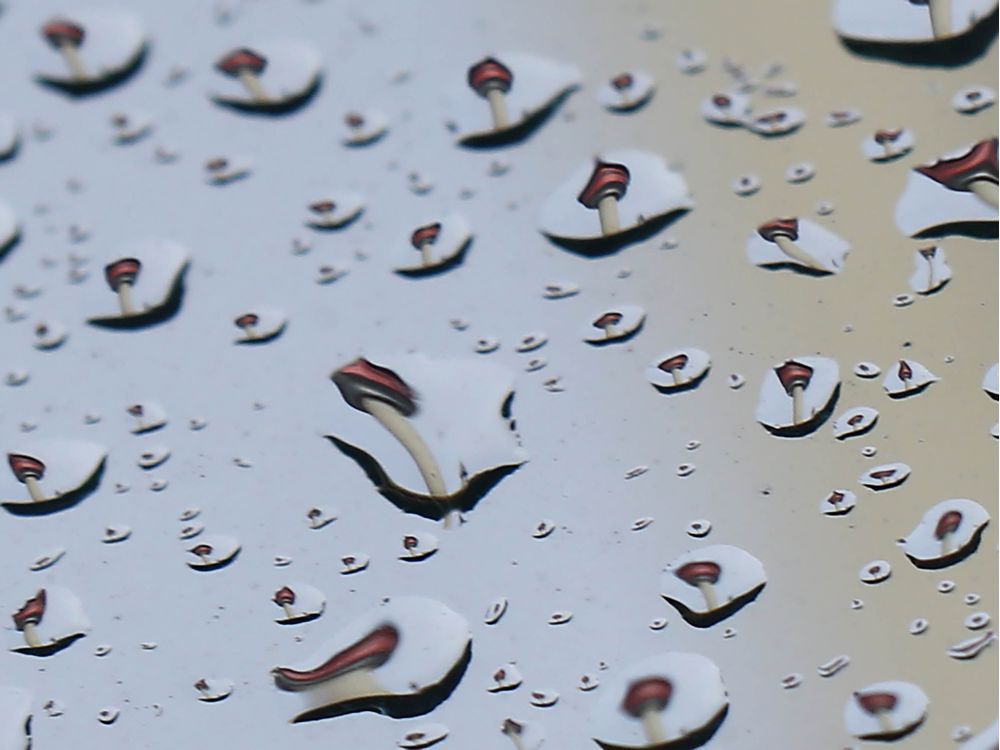 The city of Calgary is preparing flood control efforts in anticipation of a coming torrent of rain expected in the coming days, although no riverbank flooding is expected.

According to Environment Canada, southern Alberta will receive a massive amount of rain in the coming days, equivalent to the amount typically seen in the entire month of June. On Sunday, Environment Canada issued a rain warning, saying that Calgary could see between 75 and 125 millimeters of rain between Sunday evening and Wednesday morning and local totals of 150 millimeters or more are possible.

Calgary sees an average of about 94mm of rain during the month of June, according to Environment Canada data for 1981 to 2010.

Large areas of southern Alberta along the eastern slopes of the Rockies will also be flooded, with Kananaskis expected to be the worst affected area.

Showers will intensify over southern Alberta tonight through tomorrow morning, including the foothills, Calgary, Medicine Hat, Lethbridge — the entire southern part of the province — and then it will rain quite well through Wednesday,” said meteorologist Sara Hoffman of Environment Canada.

“Because this is a long-term event, the certainty of when exactly the showers will end is rather low at the moment. Thursday seems to be when we get a bit of a stabilizing pattern. †

The City of Calgary is monitoring forecast rainfall and indicates that the amount of rain has the potential to rapidly increase flow rates on the Bow and Elbow Rivers, but is not expected to lead to riverbank flooding. The city has issued a boating advisory, suggesting residents stay out of the Elbow River. The Calgary Fire Department’s aquatics team will monitor the rivers while the advisory is in effect.

“It’s an important event,” said Francois Bouchart, Calgary’s director of water resources. “But the forecast is significantly smaller than the floods of 2013 and so we are confident at this point.”

Bouchart said the historic 2013 flood that killed five people and caused an estimated $6 billion in damage was caused by about 220mm of rain over three days, nearly double what is expected this week. He said the city is in a better position to be protected from flooding thanks to infrastructure investments and several lessons learned from 2013.

“But the weather is of course unpredictable,” he added, noting that the forecast could change soon.

We are closely monitoring significant rainfall in the forecast for the Kananaskis region. Effective immediately, we are issuing a sailing recommendation for the Elbow River, due to the higher expected flow rates and the current forecast.
More information ⬇️ https://t.co/nZxIYIn2Ia

In preparation for the downpour, the city lowered water levels at the upstream reservoirs on the Bow River and at Glenmore Reservoir to make room for the expected floodwaters. It’s also closedanyway in lower situated areas and several stormwater drains along the Elbow and Bow rivers. The city has stockpiled materials available for riverbank protection and temporary barriers when needed.

The city is proposing that Calgars in low-lying areas take steps to limit damage to their homes by removing important items and documents from their basements, checking their pumps and ensuring drains are at least 1.5 meters away from their homes. houses to a landscaped area.

Calgarians near the rivers should be aware of high flow levels. The city suggests that riverside residents do the following:

Residents can sign up for emergency alerts about the situation at calgary.ca/flood-info.