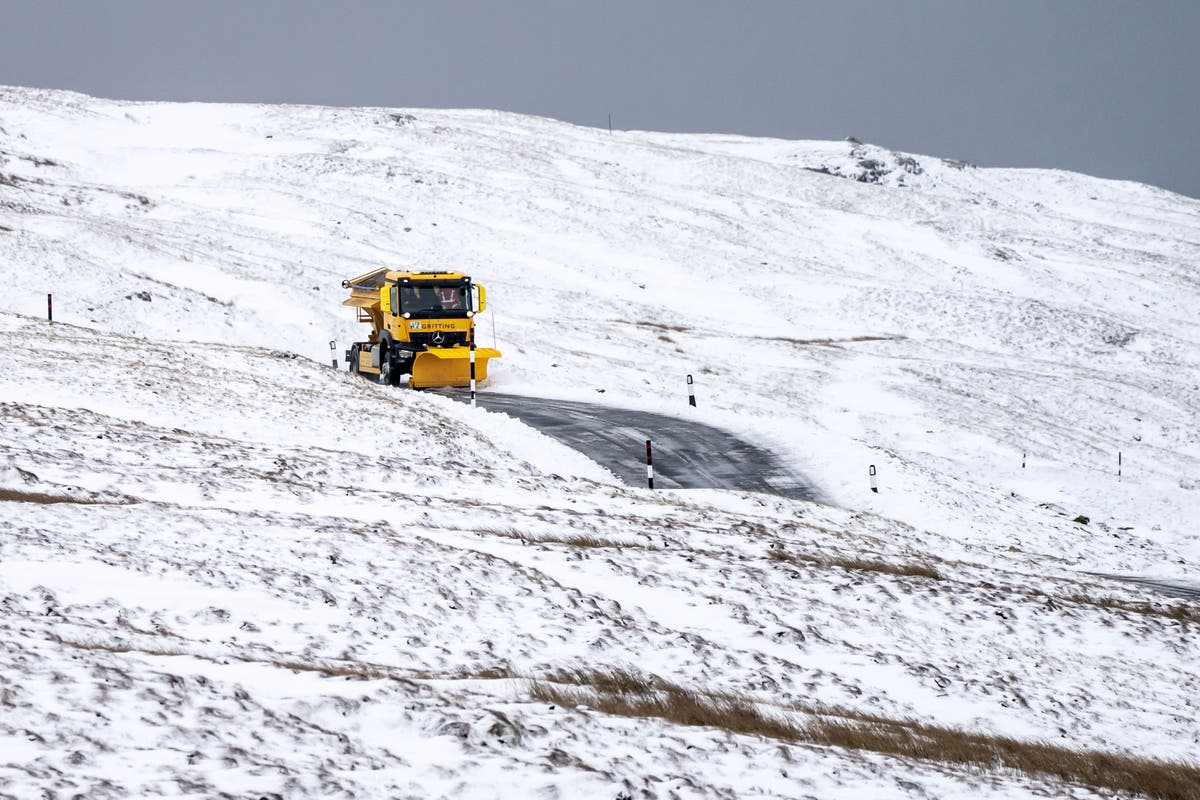 A snow warning has been issued for Christmas Day with a forecast of up to 10cm in some parts of the UK as gale force winds bring the risk of drifting and blizzards.

Frequent stormy snowfalls are likely to cause some travel disruption in higher parts of Scotland, the Met Office said in a yellow weather alert on Friday.

It won’t be a white Christmas for the rest of Britain, however, with torrential rain dampening the holiday spirit and causing problems for motorists driving home.

A wet Christmas Eve is likely to last into the weekend, but there will be mild temperatures of up to 13C in the south of England.

“It will be heavy rainfall and difficult driving conditions, with potentially some surface water buildup as it drains,” said Met Office spokesman Oli Claydon.

In Scotland, the yellow weather warning applies to most of the Highlands, along with parts of Stirlingshire and Argyll.

It will be in place from 9pm on December 25 and last until 6pm on Boxing Day, with snow, high winds and freezing temperatures.

Lower areas are expected to receive 1-3 cm of snow, while higher elevations can expect up to 10 cm of snow.

“Strengthening westerly/northwesterly winds will increasingly bring wintry showers to the west of Scotland through Sunday night and Monday morning,” it said.

“Icy surfaces pose an additional hazard. Snow will be increasingly confined to higher elevations through Monday morning, with another 4 inches (10 cm) possible by the end of the day.”

It added: “Strong to gale-force winds carry the risk of drifting and blizzards for high-altitude areas, with a small risk of isolated power outages as the snow and strong winds affect power lines.”

Rain, sometimes heavy, moving north through northern parts of the UK, with some snow in the hills north of the Central Lowlands. Slightly clearer, milder conditions further south after most areas, but heavy, stormy showers spread across western and southern coasts. Windy.

Early rain and snow in the hills above Scotland are slowly moving north. Otherwise sunny periods and showers, some heavy showers, with possible hail and thunder, concentrated in the west. Mild but windy.

Outlook for Sunday to Tuesday:

Mild for most of Christmas with showers in many areas. Colder Boxing Day with some snow showers in parts of Scotland. On Tuesday, the rain showers spread over many areas.