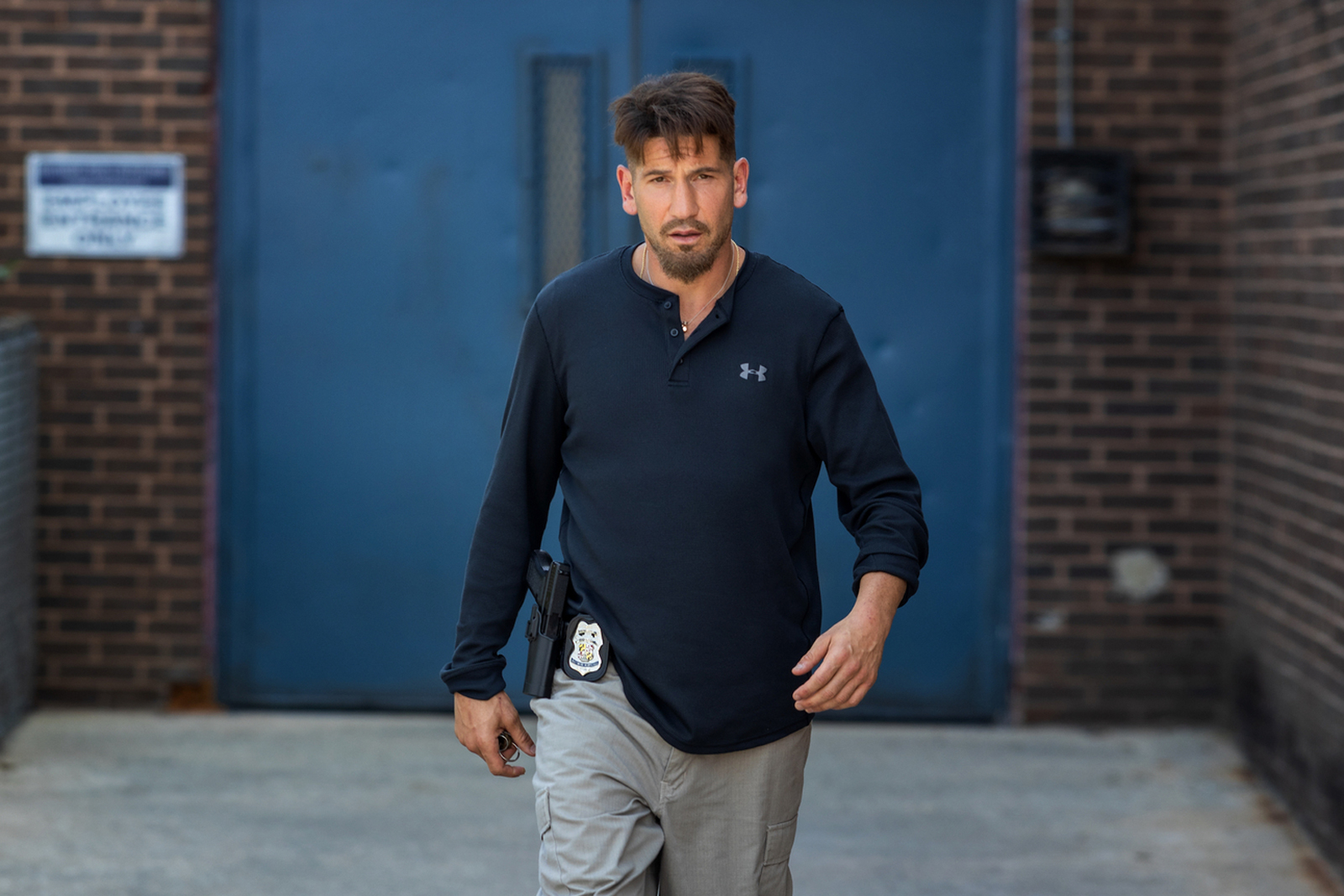 In the following 14 years The wire the series ended up as one of the most acclaimed dramas in television history, fans have begged the series co-creator, journalist turned producer, David Simon, for an extra season or three. Simon and Ed Burns made The wire both to politically agitate and entertain, and Simon has said the show’s inability to make even a dent in America’s systemic problems made him disinterested in revisiting Jimmy McNulty, Bunk Moreland, and friends.

When HBO announced that Simon and a long time wire writer George Pelelecanos produced a new miniseries called We own this cityset in Baltimore and dealing with the Baltimore PD and the social costs of the War on Drugs, it was hard not to hope that this The wire Season six in disguise. but while We own this city brings Simon, Pelecanos, Burns and actors like Jamie Hector and Delaney Williams back to Charm City, the new show is less of a sequel to The wire than a refutation — or at least a clarification.

Based on Justin Fenton’s non-fiction book, We own this city primarily takes place in the years immediately before and after the 2015 murder of Freddie Gray while he was in custody by the Baltimore Police Department. It also regularly returns to earlier in the century to follow the career path of Wayne Jenkins (Jon Bernthal), the boastful golden boy in charge of the department’s elite Gun Trace Task Force. The GTTF police officers were praised for taking weapons, drugs and criminals off the streets at a superhuman level. However, most of their success was fueled by civil rights violations which they then covered up with creative paperwork. And they put in their pockets a lot of money and/or drugs that they found during their adventures. Baltimore’s then-Police Commissioner Kevin Davis (Williams) would eventually compare Jenkins and his team to 1930s mobsters. That description doesn’t seem inaccurate based on the brutal misdeeds dramatized here by Simon, Pelecanos, and the company (including King Richard director Reinaldo Marcus Green, who is at the helm for all six hours).

That’s what Simon liked to say The wire was not about corruption (with exceptions like Senator Clay Davis), but rather about institutionalized inertia. Large, long-standing groups such as police forces and city governments are machines built to perpetuate and protect themselves at all costs, The wire argued, suggesting that the blasé indifference of people in power to fix things is more chilling than stories of individual corruption. At the same time, the classic drama suggested that policing still has a general public interest and that things could improve if we just let the drug war go. (This was best articulated in the show’s third season, where decriminalizing the sale of drugs in a neighborhood brought huge benefits to the areas around “Hamsterdam” and to the police patrolling them.)

We own this city is more like Simon and Pelecanos’ statement “all cops are assholes,” acknowledging that something is so fundamentally broken in American police culture that attempts at reform are futile. It’s very much about corruption, but the broad kind rather than a virus confined to a single rogue unit. Jenkins and his badged-goons may have been edge cases, but the miniseries presents their behavior as the end product of a machine now designed to produce behavior in this vein, if not to these extremes.

The show’s title was taken from a pep talk Jenkins gave his colleagues, assuring them, “As long as we produce, as long as we give those numbers, they don’t fucking care what we do. We can literally do whatever we want, you understand? We own this city. We own it.” He’s not wrong, and the creative team has a reluctance not to constantly point out that the task force’s demise was not because of their mockery of the Constitution, but because they stole outright from people, whether drug dealers or law-abiding citizens unlucky enough to cross paths with cops like Jenkins or the smug Daniel Hersl (Josh Charles).

Simon and Pelecanos make their argument early and often – arguably too often. The miniseries’ statement halfway through seems clear and compelling, if not sooner, and much of what follows are just additional examples of all the horrific stuff the GTTF got away with for being good for the BPD’s crime stats. Wunmi Mosaku out Loki hovers around the edge of the main story as Nicole Steele, a Justice Department attorney who attempts to write a consent decree to curb the department’s worst excesses in the wake of the Freddie Gray case. While she occasionally shares biographical details with colleagues, she’s less of a character than an explanatory tool to help other characters explain how things got so bad. One of them is Brian Grabler (Treat Williams), a retired cop turned teacher who was heavily modeled on Ed Burns, whose experience in BPD and the local school system inspired so many people. wire storylines. Grabler considers the dehumanizing nature of the “war on drugs” terminology itself, saying that “waging a war on civilians by definition separates us into two separate camps.”

Such exchanges are interesting, and the ensemble’s massive cast is impressive everywhere, whether it’s wire alums like Hector (as a seemingly straightforward homicide detective, he is much more into Bosch mode then he visits again wire kingpin Marlo Stanfield), veterans of previous Simon projects such as: show me a hero‘s Bernthal (a Maryland native who knows his way around all those exaggerated “o’s, and captures every bit of Jenkins’ swagger and roar without turning it into a cartoon), or total newbies to this team like Mosaku or Charles (another Marylander, and does really well in a counter-type appearance as a smug, blue-collar bastard.) Because the actors are so good, and because Simon, Pelecanos, Burns and his company have been Eating Your Company for twenty years. making vegetables TV, We own this city is almost always extremely watchable in a way that eludes so many other sober dramas about tears in the national fabric. (See, for example, the gloom of AMC61st street

(which covers a similar thematic area, has some great actors like Courtney B. Vance and Aunjanue Ellis, and feels like homework.)

That said, the group’s experiment in nonlinear storytelling results in mixed success. There are multiple framing devices, including Nicole’s interviews, the investigation by a federal agent (Dagmara Domińczyk ) and her local police partner (Don Harvey) in the GTTF, glimpses of Jenkins during his career, etc. It’s never entirely confusing, because in the end it doesn’t seem to matter all that much when exactly certain events happened compared to others. But the ability to jump from an interrogation to a flashback about what one of the officers is describing sometimes feels valuable enough to be worth it. But the new show may be the least interested Simon and Pelecanos seemed to be in entertaining their audiences rather than building their socio-political cause. show me a hero spends a lotof time explaining municipal building codes, but that show is still captivating all the way through, thanks to the lead role of Oscar Isaac and the effort the production team put into making his character both interesting and tragic, as well as the kind of dark comedy that is a hallmark has been from The wire† The Deuce† Treme , etc. There’s much less a spoonful of sugar around this time, which is understandable in the wake of the Freddie Gray murder and so many police murders of black civilians in the years since. Simon and Pelelecanos are clearly not in the mood for light-hearted banter between Carver and Herc (although Domenick Lombardozzi shows up in one scene as a police union leader opposing the consent decree), nor for some of the other nods to genre that The wire and these other series that are so beloved, despite how bleak and punishing they can be in the end. This is a show made by people who are too angry – and maybe too sorry? – dealing with the more showbiz-like aspects of the job. It’s hard to blame them for that, but it’s another reason why

We own this city

arguably could have told the same story in two to three episodes instead of six. Through Sean Suiter and a few other characters, the miniseries suggests that there are still some cops out there trying to help the communities they guard rather than exploiting them to monetize a system that benefits from more arrests, no matter how screwed up. . But even those stories are laced with desperation: Both Sean and Nicole see that the predatory behavior of cops like Jenkins and Hersl has made it virtually impossible to find helpful witnesses, let alone 12 jurors inclined to believe anything of a member of the BPD says. And even those glimpses of agents not scrambled by the system can’t exactly disprove all the evidence

We own this city presents on the fundamental incompatibility between members of the police and those under surveillance. As Wayne Jenkins’ veteran training officer tells him in uniform on his first shift, “Child, there is no dictatorship in America stronger than a beaten cop at his post.” We own this city

will premiere on HBO and HBO Max on April 25, with episodes appearing weekly. I’ve seen all six.