RESIDENTS have moved to new build homes on a remote estate – they have to make a 30 minute U-turn to leave.

Homeowners in the Melbourne community called “The Island” say they must drive west and make a half-hour U-turn before reaching a highway to exit their estate.

Many who bought their homes in Thornhill Park, also known as “Thornhell Park” by the locals, believed that an overpass and flyover would be built in 2018 that would allow them to quickly leave the estate.

Five years later and nothing has started.

The situation has become so bad for locals that they threaten a mass exodus if construction does not start soon.

Resident Matt Pearse told the Daily Mail Australia that morning that traffic heading west to reach the city lanes could “unfortunately add 20 to 30 minutes” to his commute. 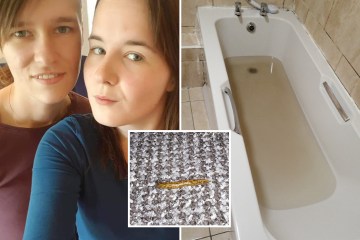 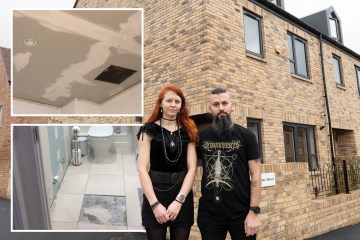 He said one good morning that he is lucky to get away with a 15 minute journey and up to an hour on bad ones.

The cut off community has its own zip code, 3335, despite having no schools, a city center, train station or scheduled bus service, according to Matt, who bought there in 2016.

And the more than 7,000 residents who live in Thornhill have been forced to travel outside the estate for basic services as it lacks a shopping centre, supermarkets, nurseries, doctors or pharmacy and promised sports fields and wetlands have not yet been realised, but have started construction. .

A resident posted a photo of a construction site fence blocking a path set aside as a hiking trail next to unfinished wetlands.

“I’m just trying to go for a walk with my dog,” was the title of the post.

And although a train station was featured in glossy marketing material in 2016, local government officials now claim they never promised to build one, according to a report by Australian news program A Current Affair.

Several local residents are threatening to sell and leave the area, which was slated to accommodate 20,000 new residents.

“I’ve been here for almost five years and nothing has been done” [about the overpass]’ said an unnamed mother.

“Things have to change and they have to change very quickly because there will be a mass exodus if that doesn’t happen, people will just sell and leave,” she said.

A spokesman for the Victorian government said they were investing in major projects to keep locals moving while planning for the future.

They said: “The brand new Cobblebank train station is a short distance from Thornhill Park Estate, and thanks to the Ballarat Line Upgrade there are hundreds more trains running every week, arriving every 20 minutes during peak times.

“We will continue to work closely with the Department of Transport, local councils and the community to ensure the transportation network meets the needs of the growing community.”