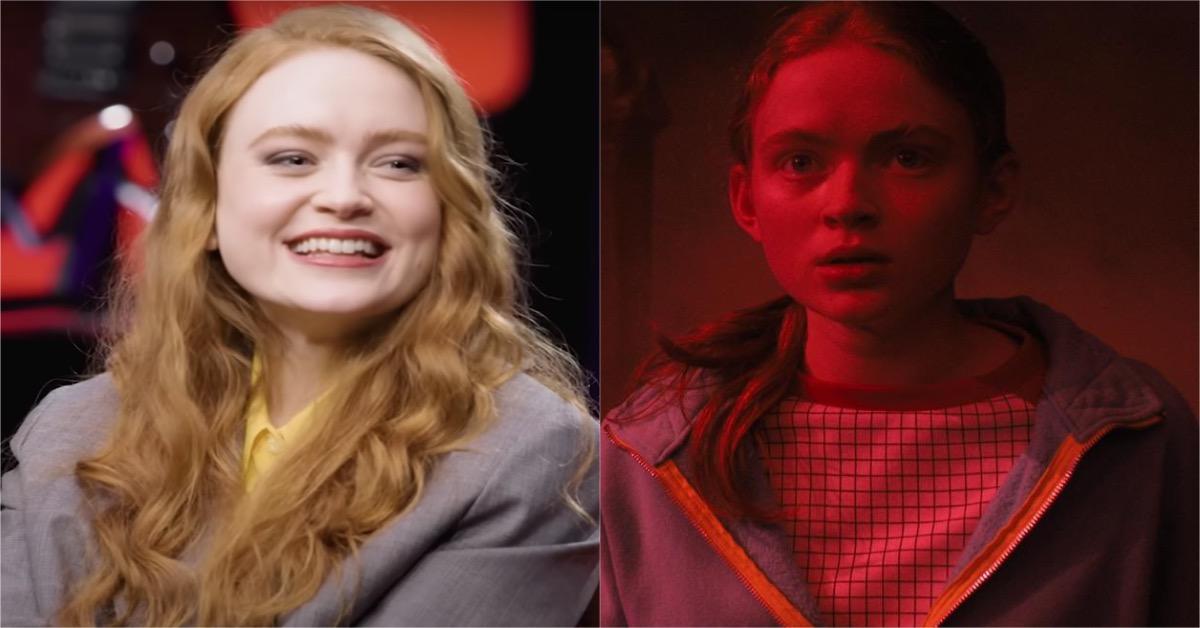 Warning: This story contains spoilers for Stranger Things 4: Volume 1. “Sometimes I imagine running to you, pulling you away,” reads Max’ (Sadie Sink) letter to the late stepbrother Billy (Dacre Montgomery) in Chapter 4 of Stranger Things 4† “I imagine if I had, you’d still be here.” Cursed by Vecna ​​(Jamie Campbell Bower), a supernatural Upside Down villain who preys on the guilt and trauma of Hawkins’ teenagers, Max is doomed to die in the Mind Lair. To break Vecna’s spell, Lucas (Caleb McLaughlin) and friends start Max’s Walkman to play her favorite song: Kate Bush’s “Running Up That Hill (A Deal With God)” from her 1985 album. dogs of love†

“That was left over, I think, it could have been a week that we spent on that. Spent a lot of time in a harness,” Sink recalls with a laugh. “It was pretty intense. We got really lucky this year because Vecna ​​had pretty much completely practical effects, which made it easier for me because I’m not staring at a guy in a green suit.”

The sink “got a little scraped” driving up that hill to escape Vecna, she added, “but it was really fun.”

In what has become one of the most talked-about scenes of the first part of Weird stuffBush’s “Running Up That Hill” saves Max the grim fate suffered by Vecna’s victims. The Mind Lair scene propelled the 1985 single to the Billboard Hot 100, giving Bush her first-ever top 10 US hit at number 8.

According to Billboard“Running Up That Hill” saw an 8,700% increase in global streams and a 9,900% in US streams on Spotify after its May 27 premiere of Stranger Things 4: Part 1†