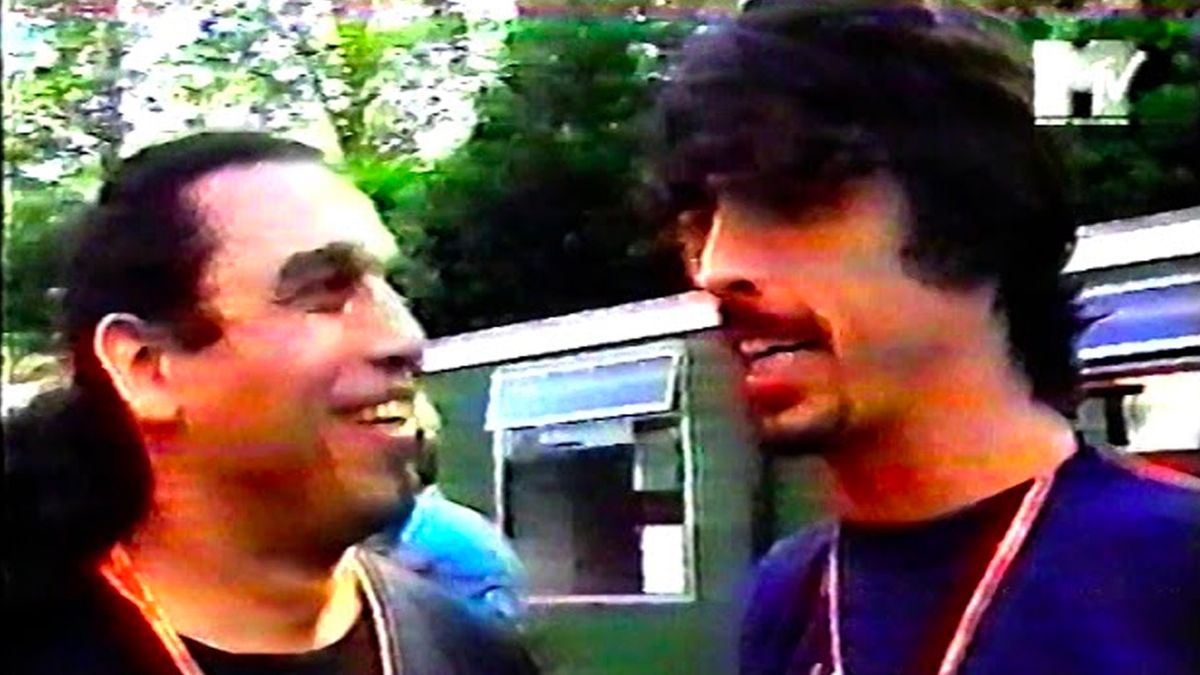 “My throat was closed. My stomach dropped. My asshole turned into a Star Wars trash compactor. An audible ‘gulp’ and whimper were the only sounds I could produce.”

In his hellishly entertaining blog, Dave Grohl used these words to describe his reaction when he learned that his band, Foo Fighters, would be leading Ozzy at their one and only Ozzfest performance. It was 1998 and Ozzfest, then in its third year, made its UK debut at Milton Keynes Bowl. The lineup uncorked a legion of metal heavyweights including Black Sabbath, Ozzy Osbourne, Soulfly, Slayer, Fear Factory, Coal Chamber, Entombed and Neurosis.

Originally Korn was on the program and acted as a buffer between Pantera and Foo Fighters. At the very last minute, the Bakersfield nu-metallers withdrew from their only festival appearance in the UK so that guitarist Brian Welch could attend the birth of his child. Therapy? playfully intervened meaning everyone else on the original account was bumped a slot higher. Foo Fighters would now follow Pantera.

The cavernous stylistic disparity between the other Ozzfest bands and the Foos was not lost on Dave, who wrote, “Ozzfest? The Foo Fighters? The mother of all metal festivals, the meeting of all Marshalls, the most tyrannical thrash apalooza man has ever known.” knows, asked… the guys from Learn to Fly? The smiley, smirky, candy commercial suckers? The rock and roll Revenge of the Nerds? Shit, some of us even had hair ABOVE our collars! This made no sense This must be some kind of practical joke.”

Upon arrival, Dave commented, “As I entered the backstage area, I peered through the tour bus window to see if I could catch a glimpse of some of my heroes. Tom Araya! Scott Ian! Tony Iommi! Max Cavalera! There they were, all roaming like us mere mortals And in the light of day, no less! I’d always thought (hoped) that these dark figures only emerged at night after hanging upside down like rabid bats in their mausoleums “Nocturnal creatures that refuse the sun, waiting to terrorize us all with their evil folk songs under a full moon. I think I saw some in shorts with soda, but whatever.”

Thankfully, MTV was there to capture the iconic backstage moment when the Foo frontman first meets Slayer. A youthful, spindly Dave, decked out in a Bluebird t-shirt and cargo shorts, marches purposefully toward Tom Araya and Kerry King. While no introduction is needed, Tom introduces himself and Kerry to Dave, who shakes hands with everyone, including the cameraman (“Nice to meet you, cameraman!”).

“I know who you all are!” Dave says with ‘aw, shucks’ reverence, before introducing himself to the camera. “Hi, my name is David Eric Grohl. I am 29 years old, I am Capricorn, I was born in Warren, Ohio and I play guitar and sing for the Foo Fighters.”

There is often a point in introductions where the conversation runs out and turns into small talk until the parties have found an elegant way to move on. That intersection is here.

“You were out really late last night, weren’t you?” asks Tom with a knowing grin, perhaps hoping for some sinister details.

“Well,” Dave says, “I was trying to get over jet lag,” he continues, raising a beer bottle in an exaggerated, celebratory pose.

It must be impossible to have a real conversation when a privacy-shattering television camera is two feet away, beaming your spontaneous conversation to millions of homes around the world. So it’s not surprising that the meeting ends as quickly as it begins, with Tom saying, “Well… cool. Okay, dude. Lots of fun. Enjoy your performance.”

“Nice to meet you,” Dave says, realizing that the conversation has come to an end.

“What time are you?” asks Kerry from off-camera, breaking the unspoken rule that once goodbyes are said no additional questions should be asked.

“Um… 6:45,” Dave replies, jumping up and down, seemingly overwhelmed by an abundance of kinetic energy.

“Goodbye,” Kerry says, bringing this historic summit to an end.

Check it all out here: