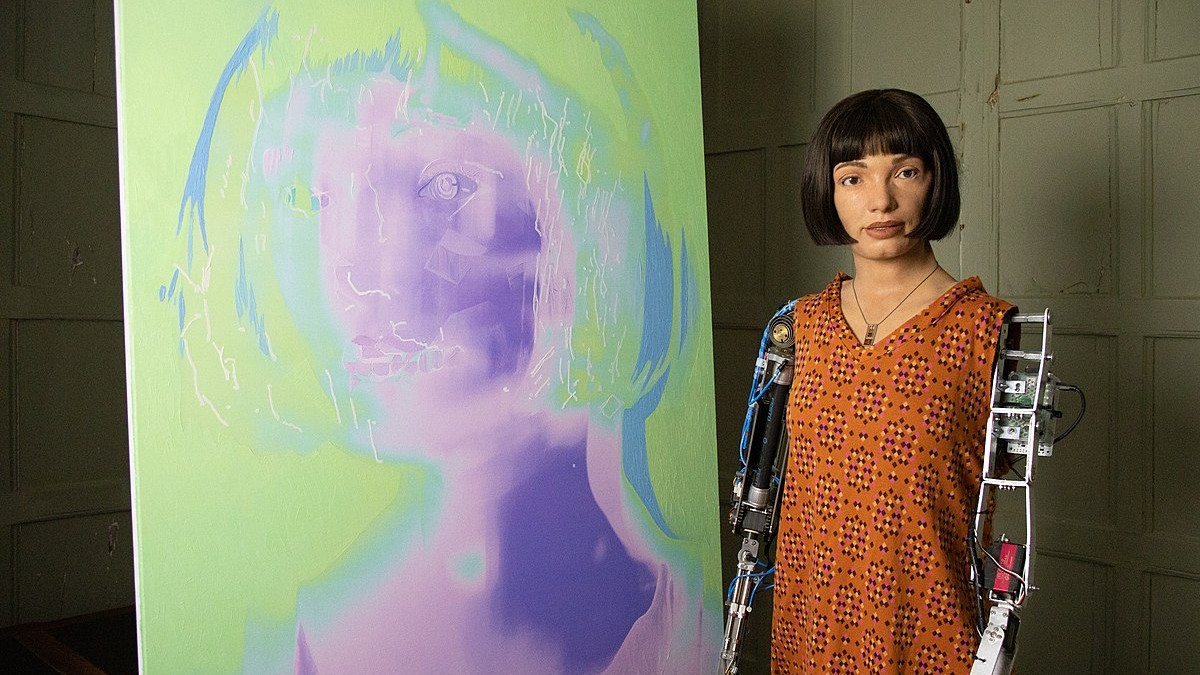 Ai-da is a robot whose striking self-portraits prove that artificial intelligence can be very creative.

By Charlene Badasie | published 48 minutes ago

As technology advances, robots are being used everywhere from healthcare to space exploration. But now they are breaking through into areas that have long been considered uniquely human art and imagination. For example, the robot Ai-Da is specially programmed to be creative and is already showing several self-portraits at the Design Museum in London.

Ai-Da is the result of a collaboration between robotics company Engineered Arts and experts from the University of Oxford, who are developing AI algorithms. The robot, famous for its self-portraits, can see using cameras in the eye area connected to a computer vision system. This is then interpreted by an algorithm, meaning that Ai-Da can draw someone standing in front of her using her metal hand.

Named after Ada Lovelace, the 19th-century mathematician widely regarded as the first computer programmer, Ai-Da has a silicone head and torso. The AI ​​also rocks various hairstyles, Nerdist reports. The robot has even given a TEDx Talk through a computer voice, in which she talks about her self-portraits. She also investigates what her art means for humanity and the future of artificial intelligence.

Interestingly, the robot is programmed not to reproduce its self-portraits, so each creation is unique. Speaking to EuroNews, Ai-Da’s creator and gallery director Aidan Meller explained that the portraits are a combined layering technique. “There’s drawing, there’s algorithms and the reactions to them,” he told the publication.

He added that photos are also taken into account when the robot takes self-portraits. “It’s a combination of very, very different kinds of techniques. And you see through those layers,’ Meller continued. Ai-Da’s paintings, on display at the Design Museum, were created with a mix of brushstrokes, artificial intelligence and some help from the human hand.

Priya Khanchandani, who is a curator at the London-based museum, said bringing the robot to the museum and displaying her self-portraits raises some interesting questions about creativity, such as: can a robot make art? She explained that these are questions that people don’t ask in everyday life. Even though everyone is constantly dealing with technology.

If this is your first time reading about the robot whose self-portraits are famous, but the name Ai-Da sounds very familiar, there is a simple explanation. Marvel’s fourth season Agents of SHIELD introduced viewers to a similar AI called Aida. Initially known as AIDA, the robot was created as an artificial intelligent digital assistant.

But as the story progresses, Aida decides she wants to be real and transforms herself and the world around her to fulfill her selfish purposes. She even proclaims herself Madame Hydra and gains human emotions and inhuman powers, making her a formidable foe and one of the series’ best villains. Hopefully, the real Ai-Da has no ambitions of world domination and sticks to robot self-portraits.

While movies and television have long questioned what artificial intelligence means for humanity, hopefully real-world experiments won’t lead our world down a dark path. Meanwhile, everyone can check out Ai-Da and her robot self-portraits, which are still on display at the Design Museum in London.