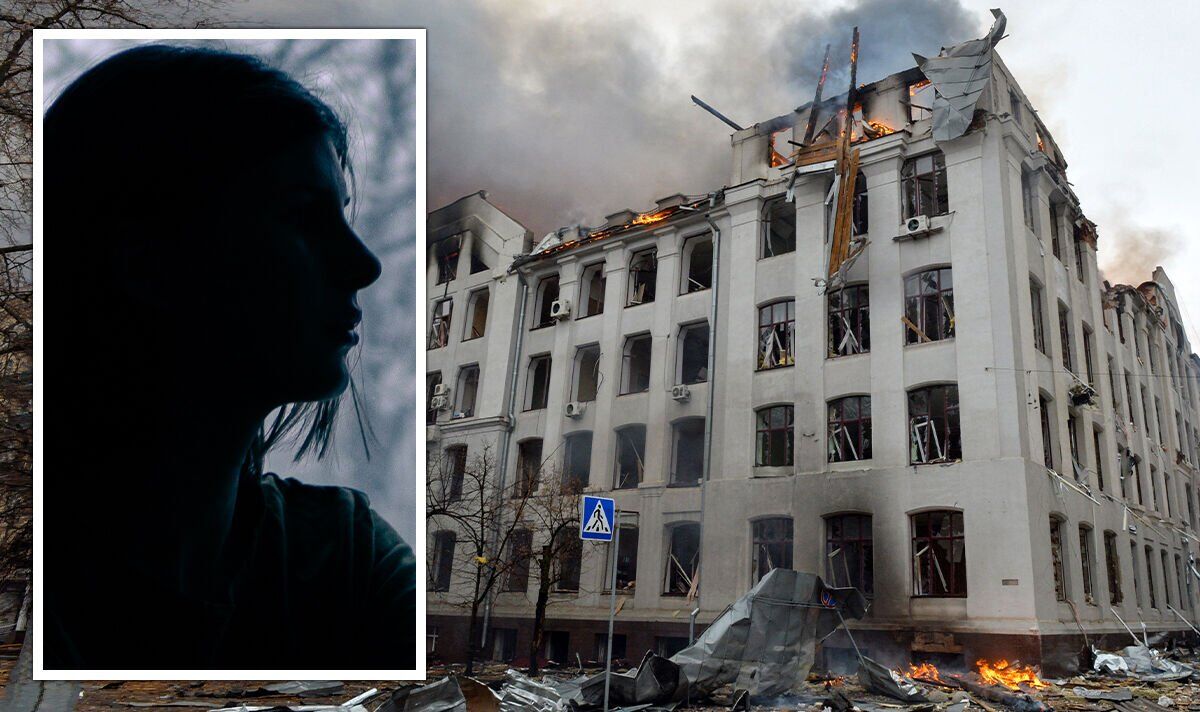 Mariia Kartashova spent 20 days in a basement with her children before running away from Chernihiv. On a bus bound for Warsaw, Poland, she wondered what the fate of her family would be. Her husband stayed behind, working as a paramedic in the military, and it was up to her to keep their children, ages nine and eleven, safe. The journey to a British home was long but worth it in the end. She now feels “supported down to the last detail” by those who so eagerly opened their doors to her and her two sons. However, adapting is not easy.

Mariia said the tragic scenes she fled in Ukraine remain deep in her mind. When she arrived, she explained, she was “frightened when the washing machine turned on spin mode because the sound was like a rocket whistle”.

She told Express.co.uk: “We live near Heathrow Airport and at first I was concerned about low flying planes. My youngest child shuddered.

“But we’ve been here for two months now, and now I even love airplanes. It’s interesting to watch an iron bird fly over you.”

Nearly a third of Ukrainians have been displaced from their homes since the Russian invasion of their country began in late February. The more than eight million refugee movements recorded from the war-torn country in mid-June make this the largest human displacement crisis in the world.

For Mariia, the process from contacting her sponsor to landing took just under a month, and although difficulties arose along the way, she said that all along she “was amazed that somewhere in the world there are people who are not indifferent” she and her sons would end.

She said: “I wrote the sponsor on the bus overnight and surprisingly he replied an hour later and said they were waiting for us.

“When I arrived in Warsaw I already knew they were waiting for me in England.

“But it turned out not to be that simple. It was very difficult to fill in the form because the questions were not always formulated correctly.

“Questions on the visa form surprised even my sponsor, but what about the Ukrainians who fill it out with Google translator?”

“We waited a long time for a visa, almost a month, but the whole time the sponsor has kept in touch, supported us and we got to know each other better.”

While she emphasized that “support is felt everywhere at all stages”, she said that finding a job depends on all the – often complex – bureaucracy being solved. Although her visa stated she had the right to work, she needed a National Insurance Number (NI) to be registered with a primary care physician and a biometric residency permit (BRP) before someone was ready to hire her.

In Ukraine, Mariia had a shoe store. Now, while working in retail, her goal is to write.

She said: “I don’t know what I want, I don’t plan for the future because a few months ago all my plans collapsed.

“My husband said to me: ‘save my children’. And that’s what I’m doing now, because he can only do his duty knowing we’re safe.

“I don’t know if my husband will live, if my house will remain intact. That’s why I live here and now.

“The kids are going to school and football – one day, just today.”

NOT MISSING
Putin in pictures: from young spy to president with swollen face [GALLERY]
Ukraine carries out heavy shelling at Russian assembly point [VIDEO]
The three NATO countries that could attack Russia first in WW3 [MAPPED]

She feels no joy or sorrow, Mariia said. And when she told her sponsor about this detachment, they suggested putting her thoughts on paper. And so she does.

The story of her three weeks of shelter in a besieged city should become a book she wants to title This was unimaginable. Ukraine†

Each chapter, she explained, deals with a day hidden from Russian aggression.

She said that writing is “like a straw that connects me to life”.

The mother of two added: “I want to describe everything in great detail, down to the smallest detail, so that as many people as possible can read and understand what the people who still live in the besieged cities in Ukraine are feeling.”

Surprised by the “large number of trees, because I thought it was an industrial country, all rolled up in asphalt, but it turns out to be green, with many parks and trees,” Mariia said the UK allows her and her children to “live learn and write in safety”.