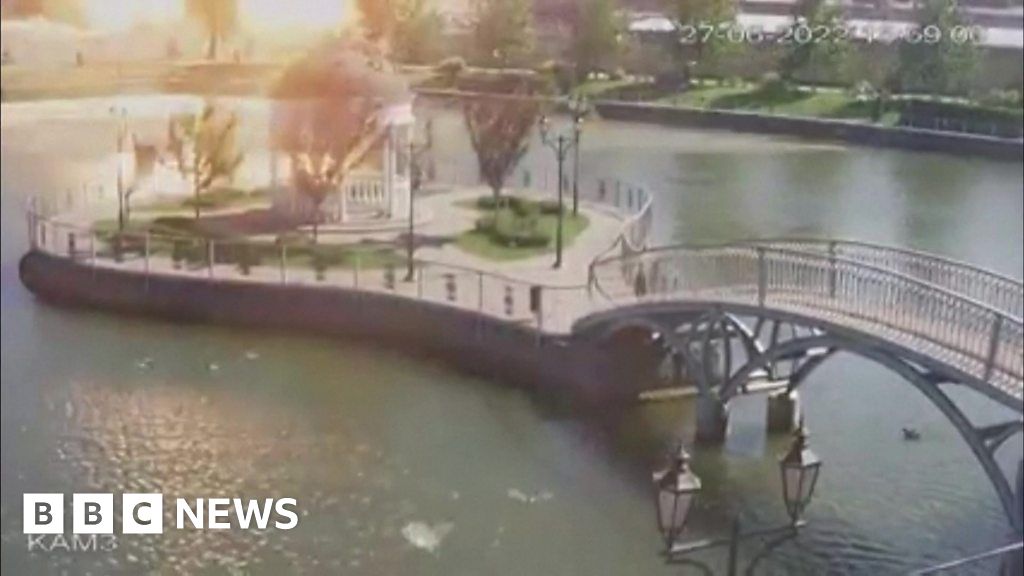 CCTV footage of a pond in the Ukrainian city of Kremenchuk has captured civilians taking cover and falling to the ground when Russian missiles struck nearby, killing at least 18 people.

The BBC has analyzed the footage and it appears that one rocket has struck near the eastern end of a shopping centre, while the other has hit the northern end of a nearby factory.

Russia claims an attack on a weapons warehouse detonated ammunition that set the nearby shopping center on fire.

Ukrainian officials have denied that there was a weapons depot nearby.