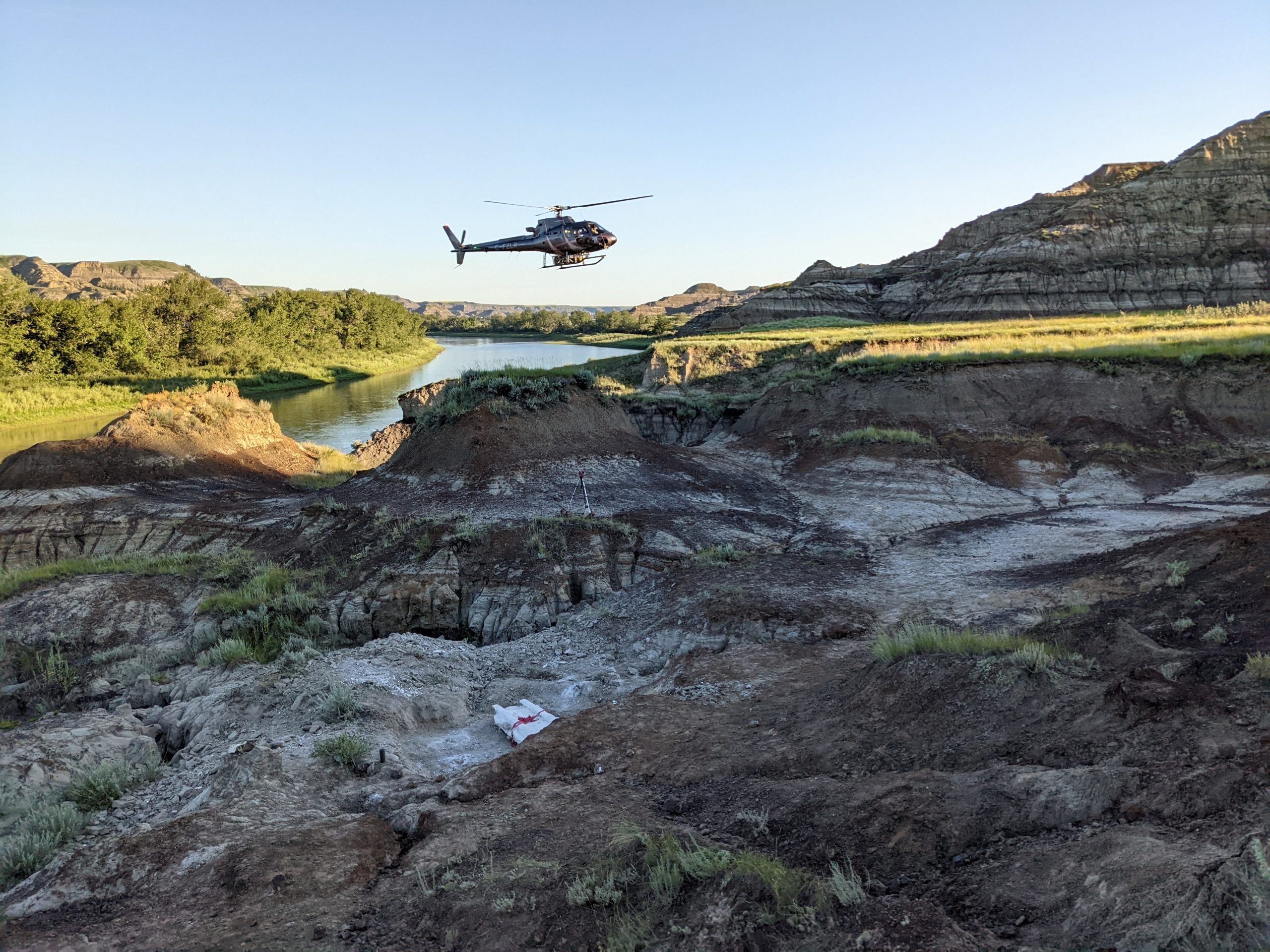 After helping excavate a unique dinosaur skeleton, University of Alberta PhD students Mark Powers and Annie McIntosh faced the 900-pound dilemma of how to get it out of the ground.

The pair were part of a team that found the remains of an Edmontosaurus — eventually nicknamed Gary — in a remote area near Morrin, about 25 kilometers north of Drumheller.

What made Gary unique, Powers says, is the position in which the dinosaur was found: crouching in what researchers call a “life position” rather than lying on its side.

“We found Gary in a very interesting position. It made the dig more complicated, but it was a very impressive and unique find,” said Powers.

Gary’s remains were also an articulated skeleton, where the bones are laid out as they were in the living dinosaur, rather than scattered around an excavation site.

The team initially planned to dismember Gary’s remains to be transported individually to a lab for examination.

But, McIntosh explained, Gary’s positioning made that impossible. So they appealed to the neighboring community for help with the “prohibitively expensive” extraction.

“I was on the verge of tears, I was so excited,” McIntosh said. “All the work we put into it over so many years finally paid off.”

The extraction took place after Gary’s remains were first discovered in the Red Deer River Valley in 2018.

Edmontonsaurus was a herbivorous dinosaur whose remains have been found in western North America dating back to 73 million years ago.

The team now plans to analyze Gary’s remains, starting with the skull, and compare them to other specimens of the same species.

“Gary would be the smallest individual of the species it belongs to, so it fills a pretty exciting gap we have in our knowledge of that species,” McIntosh said.

“It’s remarkable that we found so many, but never one like Gary,” Powers said.