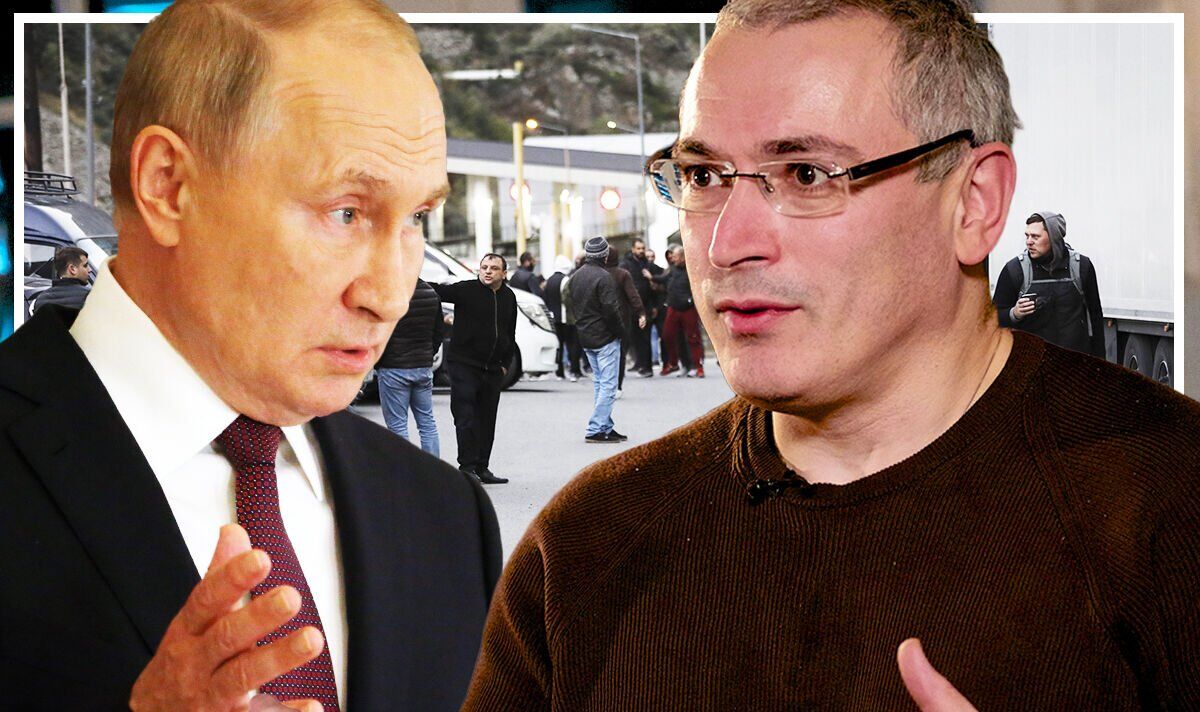 Khodorkovsky, a fierce critic of Putin, was quoted by RUSI Associate Fellow Samuel Ramani as writing in a tweet: “Mikhail Khodorkovsky on Vladimir Putin’s historic achievement: ‘Russia is most likely the first and only country in the world where people do not flee because someone invaded their country, but because they invaded another country’.”

The reprimand comes as Kazakhstan said it is struggling to accommodate the tens of thousands of Russians who have fled their homeland since Moscow announced military mobilization last week. Since then, reports have appeared the mobilization can be extended.

Russians don’t need a visa or even a passport to enter Kazakhstan, only their Russian identity papers. The Russian language is also widely spoken in the country, which is home to a large ethnic Russian minority.

Russians had to queue for hours at the border crossing at Kyakhta in the ethnic Mongolian province of Buryatia.

They said they had little choice after Putin announced the “partial mobilization” of 300,000 soldiers.

Construction worker Aleksey, 40, plans to stay in Mongolia until the situation in Russia improves. He said he would do everything he could to avoid the war.

He asked: “We are not afraid, but why do we have to fight in Ukraine, why?

“If other countries attacked Russia, we would fight for our country. But why are we going to Ukraine? What for?”

Although Mongolian citizens have demonstrated against the invasion of Russia, the government itself has remained neutral.

Former Mongolia president Tsakhia Elbegdorj last week urged Putin to end the conflict, adding that ethnic Mongols in Russia have been used as “cannon fodder” and have been killed by the thousands in Ukraine.

He said in an address shared on social media: “Since you [Putin] started this war, Russia is drowned in fear, full of tears. Your mobilization brings oceans of suffering. Mr. President, stop your senseless killings and destruction.”

In the meantime, referendums organized by Russia that could lead to the annexation of 15 percent of Ukrainian territory would end today. Voting in Ukraine’s east and southeast provinces of Luhansk, Donetsk, Kherson and Zaporizhzhya started on Friday.

Over the weekend, Russian Foreign Minister Sergei Lavrov said: Moscow would defend any territory it annexes using all the weapons in his arsenal. Dmitri Medvedeva former president who is now deputy chairman of the Russian Security Council said Russia has a right to defend itself with nuclear weapons if pushed beyond its borders and that this is “certainly not a bluff”.

Mr Medvedev said in a Telegram message: “Let’s imagine that Russia is forced to use the most terrifying weapon against the Ukrainian regime that has committed a large-scale act of aggression that is dangerous for the survival of our state. I believe NATO would do that. Even in this scenario, not directly intervene in the conflict. The demagogues across the ocean and in Europe will not die in a nuclear apocalypse.”

According to Russian nuclear doctrine, the president may use nuclear weapons if the state is faced with an existential threat, including from conventional weapons.