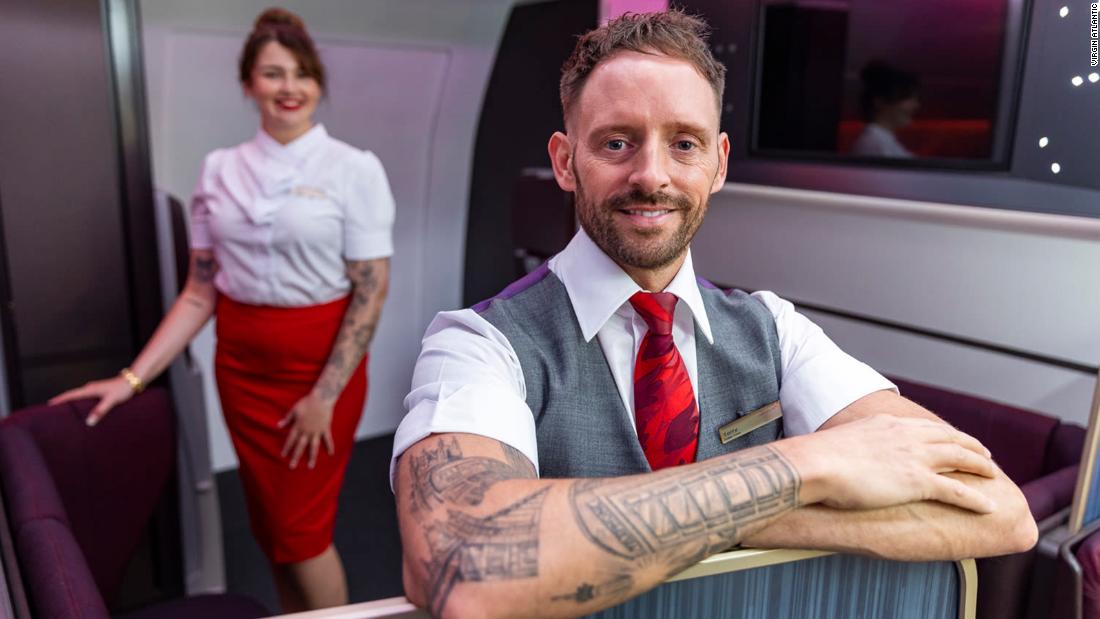 The airline updated its policy on tattoos on Tuesday, a press release said. They claim to be “the first UK airline to allow visible tattoos”.

“Until today, every Virgin Atlantic uniformed employee had to make sure their tattoos were covered,” Virginia Atlantic said in the release. “But now employees can show their ink to the world while still representing Virgin Atlantic in their uniforms.”

Estelle Hollingsworth, Chief People Officer at Virgin Atlantic, emphasized the importance of self-expression in the release.

“At Virgin Atlantic, we want everyone to be themselves and to know that they belong. Many people use tattoos to express their unique identities and our customer-centric and uniformed colleagues should not be excluded if they want to,” she said, according to the report. release.

“That’s why, in line with our focus on inclusion and championing individuality, we’re easing our tattoo restrictions for all of our people. We’re proud to be the airline that sees the world differently and empowers our people to truly be themselves. “

“Today we defend the dazzling collection of individuals who are our amazing cabin crew,” they wrote. “We’ve always encouraged our people to be themselves, so from today on they can show their tattoos with pride.”