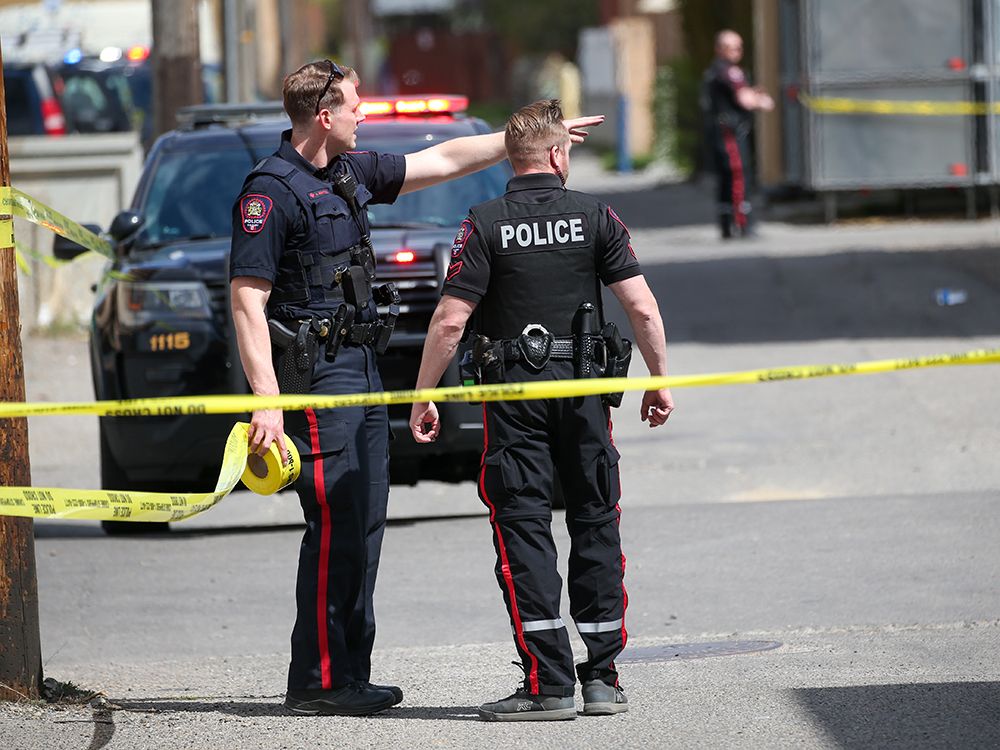 Violent crime rates in Calgary and on CTrain lines reached their highest level in five years in 2021 and have continued to rise through early 2022, according to city police.

But those rates are only slightly higher than those seen in 2019, just before the start of the COVID-19 pandemic, Calgary Police Service Supt said. Scott Boyd told city councilors during an update on crime and disturbances on Tuesday.

“However, the seriousness of that crime has worsened, led by gun attacks and bodily harm, as well as personal robberies,” Boyd said.

“Weapons-related offenses are on the rise and by 2022 we are on track to set a record for gun incidents. The most common weapon we see is edged weapons, usually knives.”

Police statistics show that violent crime is on the rise throughout the city, while rates of increase in the inner city are slightly lower.

One area where crime rates overshadow pre-pandemic spikes are shootings; By the end of May, there were 62 shootings in Calgary, compared to an average of 35 in the past five years.

“Gun violence does not only affect those involved in the crime. It puts our entire community at risk, including the perpetrator’s friends and family,” Boyd said. “While many of the shootings are targeted, not all of them are gang-related. Other motives, such as domestic, personal disputes and drug trafficking, contribute to this.”

The disorder also increased compared to the five-year average, police said, but there was only a “moderate” increase compared to a pre-pandemic baseline. Violence and social disorder especially on the LRT system have also risen recently, but some higher rates were reported before the pandemic.

The five LRT stations where police have received the most calls for service so far in 2022 are Marlborough, Chinook, Westbrook, Sunalta and Rundle.

A “relatively small number of prolific offenders” are responsible for the vast majority of crimes reported in transit, Boyd said.

He said many of these people are homeless and face major mental health or addiction challenges, but others — including those who would use the train for drug trafficking — abuse transit infrastructure to target vulnerable populations. to fall prey.

Police Chief Mark Neufeld said he believes Calgary has all the resources it needs for repeat offenders to cooperate and engage emergency services. But he said backups in the courts hamper efforts to interact with others, who he says are often sent back to the community where they reoffend.

He said police personnel are tense, but diversions to ease that would help.

“(We) try to relieve our agents, including the kind of phone calls they may not have to go to, and that creates capacity for proactive activity, which we can focus on crime prevention,” Neufeld said.

Mayor Jyoti Gondek said she was encouraged by the police report, especially as it involved calls transferred from police to other agencies.

“They do their best to handle calls when the police are needed and they also forward calls to other service providers when needed. It was a very positive message that the collaboration is working well.”