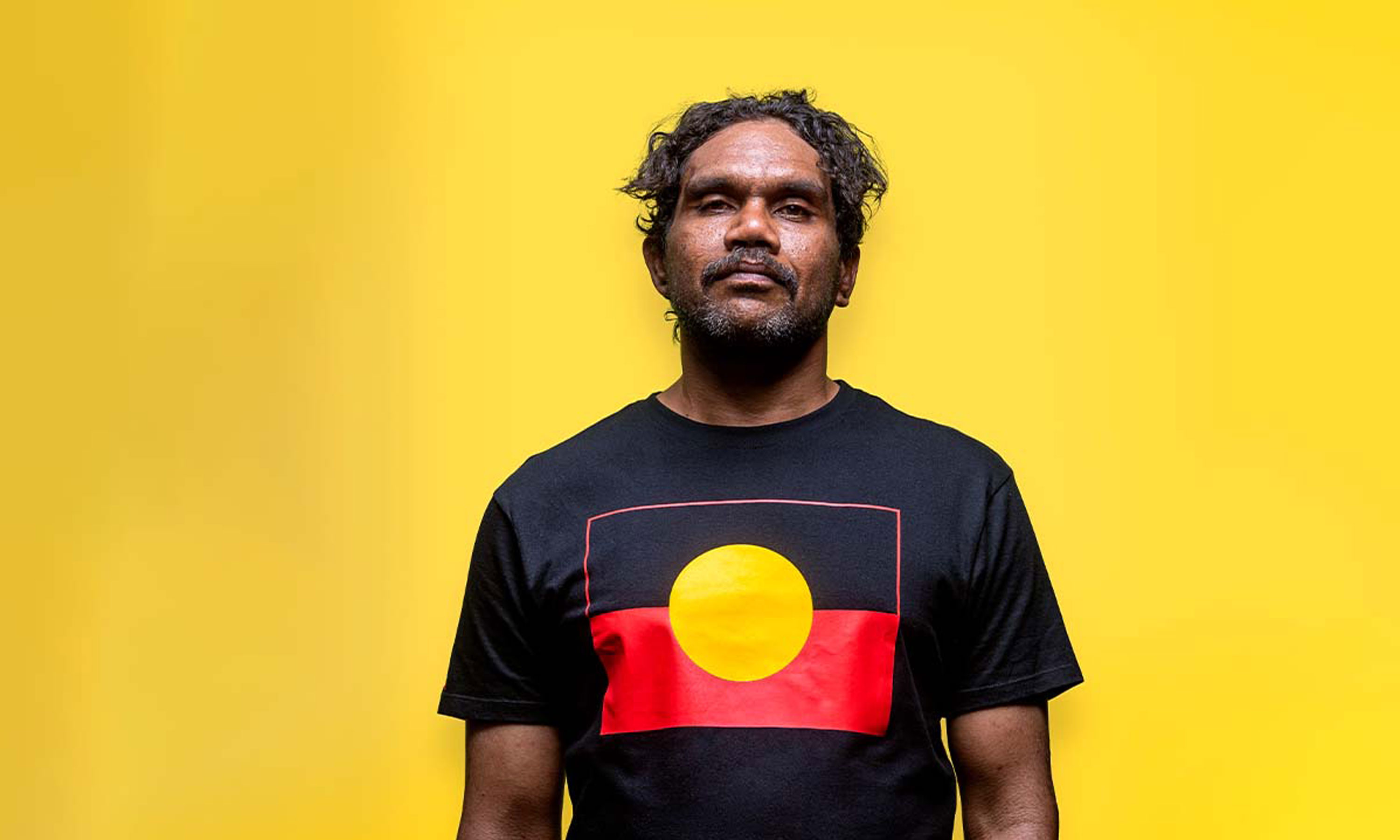 From his remote base of Indulkana in the Aṉangu Pitjantjatjara Yankunytjatjara (APY) Lands, Vincent Namatjira has devised a way to disrupt the colonial vistas of Adelaide’s North Terrace.

This month, the Archibald and Ramsay award winner presents a new work – a giant projection on the facade of the Art Gallery of South Australia (AGSA) – as part of Illuminate Adelaide and Tarnanthi.

“The thing I’m working on for Adelaide now, that’s like a turning point for my career – something new that I’ve brought to the table that I’ve never tried before,” says Namatjira.

Entitled Nightlife Bushanimation is a leap forward for the artist, both in size and form.

Namatjira, who had previously worked sparingly with moving images, says he was initially “a little nervous” about the North Terrace Institute acquisition, but quickly got the idea when he started making mock-ups.

“You’ll pretty much see the Aboriginal flag depicted on the top of the building, and you’ll also see a message from me saying ‘Bringing the bush to the big smoke’.

“It’s me, an indigenous person, living in the bush in a remote community and coming to the big smoke for thousands of people to see.

“The green Toyota that I have put in this presentation is a symbol of my great-grandfather Albert Namatjira… [it] symbolizes us with freedom, going out, having culture, coming back, and also just getting out and taking a break.

Studio Self Portrait2018, acrylic on linen (courtesy of the artist and Iwantja Arts) – one of Vincent Namatjira’s paintings used as a reference for the Nightlife Bush animation.

The animation combines landscape elements from Namatjira’s adopted home, Indulkana, and from the land of his famous watercolorist great-grandfather around Ntaria (Hermannsburg).

It also features Namatjira’s trademark biting sense of humor. The artist continues his tradition of questioning Australia’s historical narratives by painting himself interacting with, and occasionally transforming into, figures such as the Queen and James Cook.

“For me, the start and the finish are serious business,” says Namatjira. “In between is kind of a five-minute part where it’s kind of comedy, it’s also kind of funny.

“Two Toyotas on either side will collide and the heads will fall off — that sort of thing.”

As the projection illuminates the exterior of AGSA at night, Archie 100: A Century of the Archibald Prize will showcase Namatjira’s 2020 Archibald-winning portrait throughout the day. Stand strong for who you are portrays Namatjira alongside former AFL footballer Adam Goodes, and showcases some of Goodes’ most iconic moments.

For Namatjira, becoming the first Indigenous artist to win the Archibald in 2020 was another chance to gleefully overturn entrenched norms. 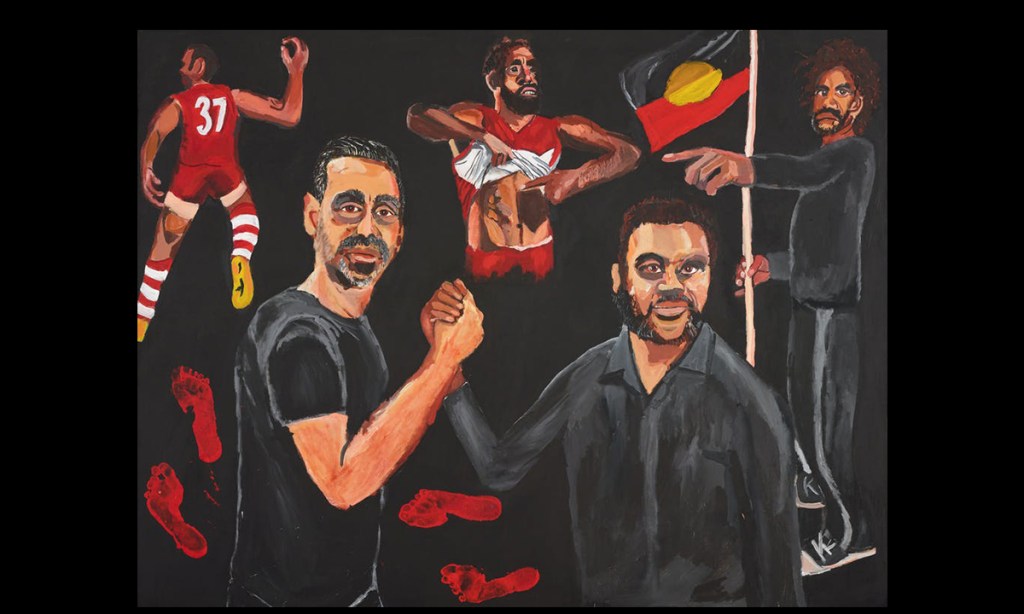 With an exhibition of paintings also opening in July at New York’s Fort Gansevoort, Namatjira is gearing up for a month of intense activity and exposure.

But the prospect of seeing his animations projected full-scale over AGSA still captured his imagination—largely because of the potential for this public artwork to have a far-reaching effect.

“It’s me who opens doors for others, too. Other young emerging artists – mostly indigenous.”

‘Going Out Bush’ will be projected onto the façade of the Art Gallery of South Australia every evening from 6pm to 11pm between 15th and 31st July as part of Tarnanthi and Illuminate Adelaide’s City Lights programme. City Lights consists of a series of projections, immersive installations and other artwork spanning three boroughs in the city (East, West and North), with full details and a map available on the Illuminate Adelaide website. Illuminate runs throughout the month of July.

Increase your impact by doubling your donations

When you commit to a regular weekly, bi-weekly or monthly tax-deductible donation to InReview, any planned donation is matched by Creative Partnerships Australia. That means you support twice as many InReview stories to be commissioned, edited, and published.

This article is supported by the Judith Neilson Institute for Journalism and Ideas.