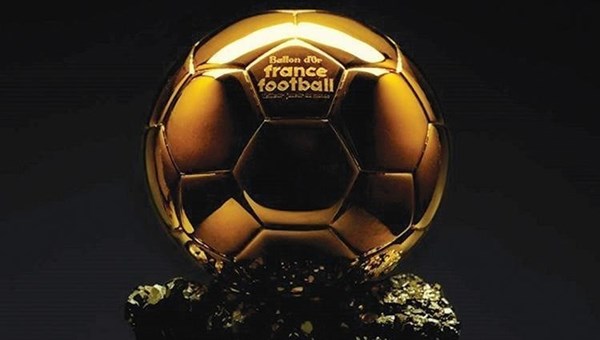 Following the changes made to the criteria for awarding the Golden Ball, effective from this 21/2022 season, the most important of which are to deliver the player’s individual performance and achievement, his commitment to sportsmanship, to contribute to the collective performance of his team or his country, making choices based on a football season and not a full Gregorian year. had the monopoly. Portugal’s Cristiano Ronaldo won it over a span of almost 15 years.
And here is the French star Karim Benzema, the top scorer of Real Madrid, who has never won it before, thanks to his great individual and collective performances with his club and country, where he combined the “La Liga” and the Champions League “Champions League ” “, and his role was in The ultimate impact and decisiveness in both tournaments. And by mentioning Real Madrid, there are two other names that should not be overlooked in the nominations, namely the young Brazilian Vinicius Junior and the giant Belgian goalkeeper Thibaut Courtois.
Manchester City stars emerge in a cutting-edge position of skill and brilliance, resolving the English Premier League championship in the best interests of City, after a long league marathon against Liverpool, and arguably the most prominent of those on the list. Among the top ten candidates could be Belgian Kevin De Bruyne, the skilled playmaker who played a role that cannot be overlooked.
And if the game pundits described Liverpool as the best losing team this season, it is because of the competition to the “last breath” for the “Premier League” and “Champions League” championships, especially the Egyptian Mohamed Salah with his beautiful figures , and Senegal’s Sadio Mane with his influential performances, as well as his role in winning the African Nations Cup and qualifying for the World Cup in Qatar at the expense of Egypt, while Salah combined the titles of top scorer and goalscorer this season.
It makes sense to add two young names who have made a difference to their respective club this season, the first being French striker Kylian Mbappe, the Paris Saint-Germain striker, who has been behind all the “Parisian” wins this season, as well as combining the title of top scorer and playmaker at the level of the French League “League Anne” and Norwegian striker Erling Haaland played almost the same role with his team this season. In any case, the first of them deserves a place in the top ten in the world.

Bayern Munich striker Robert Lewandowski sings alone in German football heaven as he is a tireless scoring machine and has monopolized the top scorer in the “Bundesliga” for years. As long as individual performance is paramount, this Polish top ten goalscorer’s name should not be overlooked, especially after he won the European Golden Boot as the top scorer in Europe’s five major leagues.
Other stars, most of whom are young, have come forward intermittently this season and they performed well, but they lacked continuity due to the high number of injuries, most notably Spain’s Ansu Fati, Pedri and Gabi, and Frenchman Ousmane Dembele from Barcelona , and there is great doubt that any of them will make it into the top ten list.
The language of the numbers does not lie and supports the previous choices. For example, Frenchman Benzema won the title of top scorer in the Spanish League (27 goals) and the title of top scorer in the Champions League (15 goals), and scored 12 goals in La Liga in 32 games. And he had many decisive goals, especially in Paris Saint-Germain, Chelsea and Manchester City in the Champions League and Sevilla in La Liga. He scored a hat-trick once against Paris and again against The Blues.

Another example that reflects the superiority in the level of individual performance, which Salah did this season, despite the fact that his team and his country were left empty-handed, is the top goalscorer in the English Premier League with 23 goals, equal to the De South Korean top scorer Son, Tottenham Hotspur, who has scored the highest number of goals with «14 goals». He is also his team’s top scorer in the Champions League with 8 goals. And while Mane’s figures are much less than Salah’s, his performance with the “Reds” in the second half of the season was very impressive, and his role with his country was decisive for winning the European Championship and qualifying. for the World Cup final.

Young Brazilian Vinicius Junior’s role at Real Madrid this season cannot be overlooked, making his top five position very likely after contributing to his team’s victory in the League, Champions and Local Super, scoring 22 goals and assisting 20 others in different competitions, and he also scored the winning goal against the «Reds». » In the final of the champions.
This is a quick read of the levels of some of the shortlisted names to be in the top ten. As for the list of the top five and then the top three, it will remain unknown until October 17, when France Football magazine will announce the winner of the “Balloon d’Or”.