The notebooks and drawings of Louis I. Kahn

Louis Kahn was never not drawing, says his daughter Sue Ann. ‘As an architect, he always had a pencil or charcoal in his hand. When he wasn’t sleeping on a boat, train, or plane, he drew,’ she remembers in a new edition by The notebooks and drawings of Louis I. Kahn released yesterday on April 19, 2022.

Estonian-born American architect Louis Kahn in 1901 is remembered as a modernist master of geometry, precision and order. Notable works throughout his prolific career include the Salk Institute in CaliforniaKimbell Art Museum in Texas, the Bangladesh National Assembly Building in Dhaka, and the Phillips Exeter Academy Library in New Hampshire.

Like most architects, drawing was Kahn’s most prized tool for developing and communicating his architectural ideas. However, for Kahn, sketching and painting were also an important form of self-expression and during his work and travels he amassed a large collection of watercolors, pastels and charcoal drawings. As a tribute to Louis Kahn, the artist Richard Saul Wurman together with printer Eugene Feldman have created a new facsimile edition of Notebooks and Drawings with an all-new Reader’s Guide. Like an autobiography in pictures, the reprint of the original 1962 book takes the reader on a journey through Kahn’s life and oeuvre with architectural drawings and sketches, personal memories and unpublished speeches. 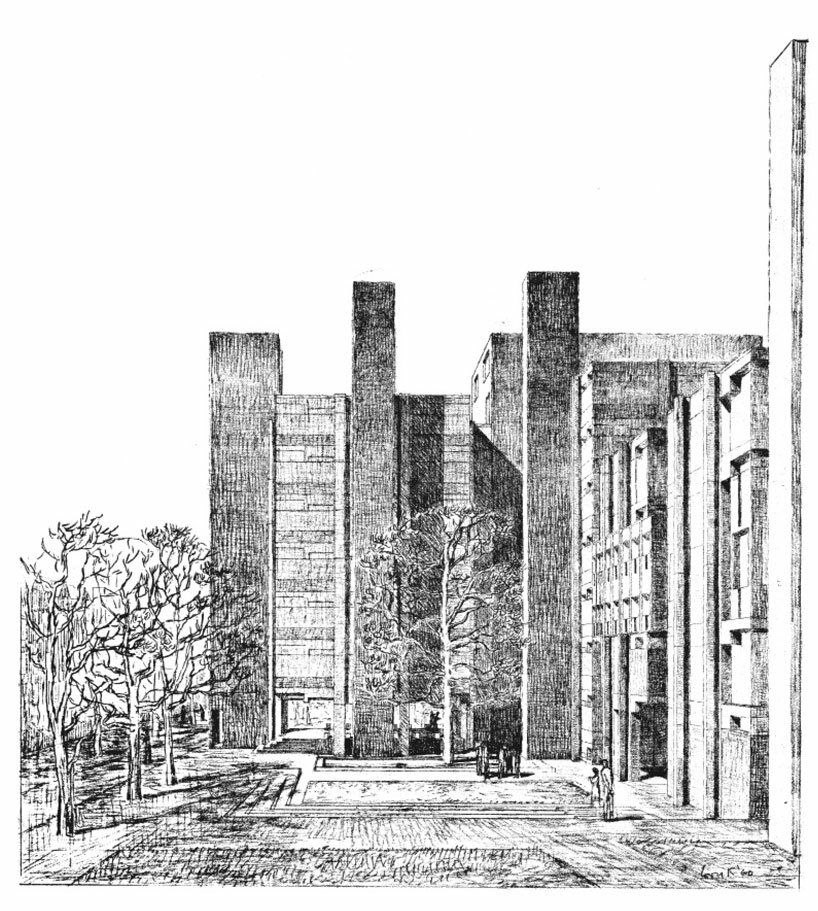 This hardcover edition of Notebooks and Drawings occupies 96 pages divided into two sections. One part contains Kahn’s travel sketches of trips to Greece, Egypt, Italy and France in the 1950s. Another section features early drawings and renderings for well-known projects, including: the Sculpture Garden at Yale University Art Gallery; the AN Richards Medical Research Building (Laboratories) at the University of Pennsylvania; the General Motors Exhibition Building for the 1964 New York World’s Fair; and the Salk Institute for Biological Studies in La Jolla, California; as well as visionary studies for Philadelphia’s city center.

Richard Saul Wurman, a former student of Kahn’s who worked in his Philadelphia office, personally selected the drawings for the book. ‘I did not choose what were considered his best, most completed drawings,’ Wurman shares. “I chose the ones that spoke to me—much like Lou would say you were having a conversation with a building…the drawings that told me what they were trying to be.”

Readers of this latest edition are also treated to a handwritten note from Kahn to Wurman and Feldman, in which he offers his own perspective on the publication. 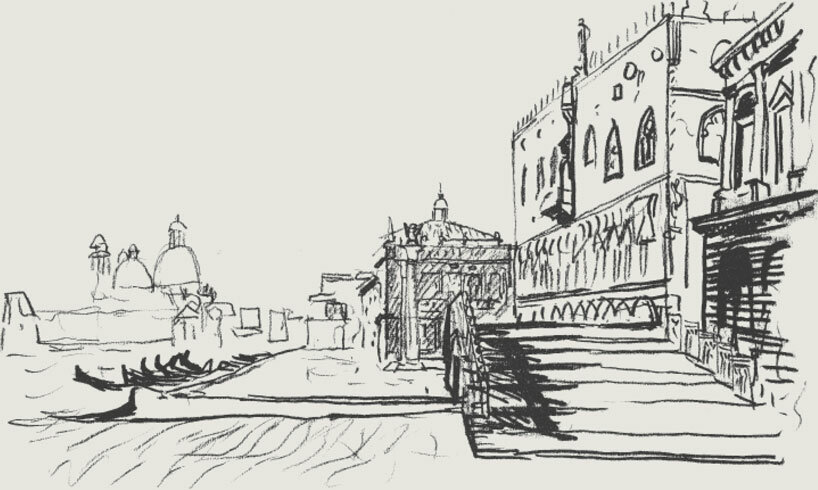 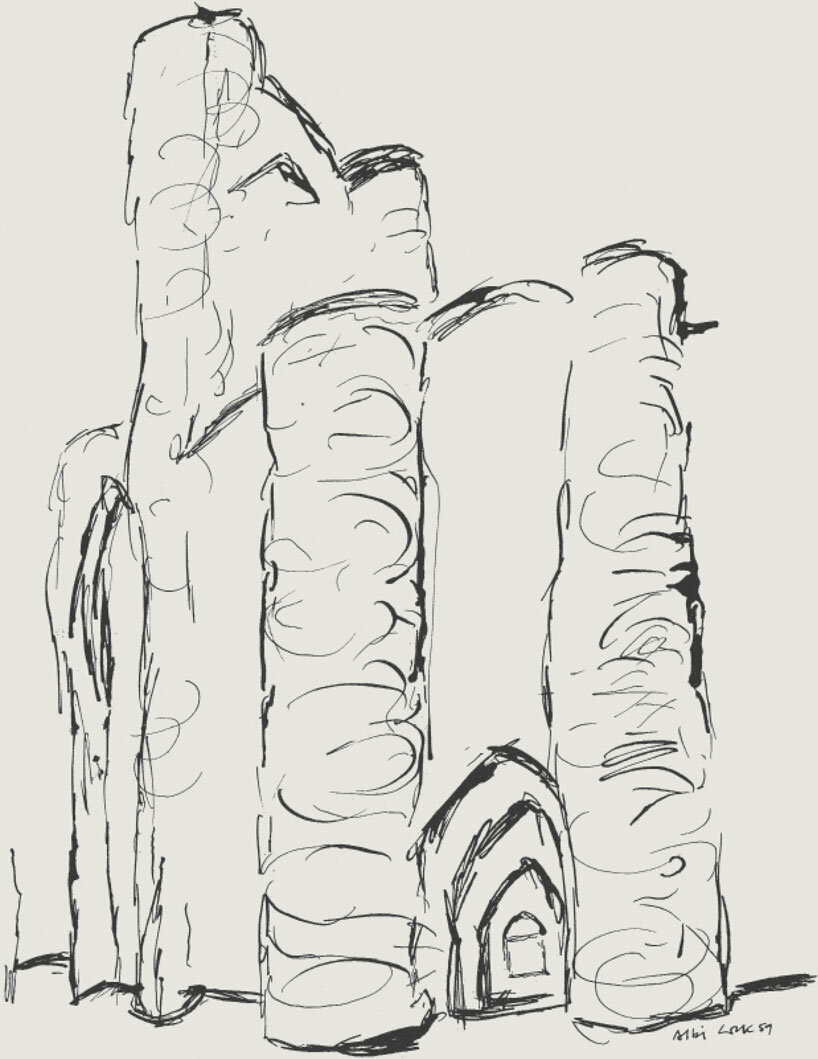 The new 2022 edition of The notebooks and drawings of Louis I. Kahn is published by the Yale Center for British Art in association with Yale University Press and in association with the publisher Designers & Books. The facsimile edition and Reader’s Guide were produced with the approval and collaboration of Richard Saul Wurman, Nathaniel Kahn, Sue Ann Kahn, Alexandra Tyng, and the Louis I. Kahn Collection of the Architectural Archives of the University of Pennsylvania.

The Notebooks and Drawings of Louis I. Kahn: Facsimile Edition and Reader’s Guide comes as a deluxe set of two books. It retails for $110.00 USD and you can find it here on the YC British Art website. 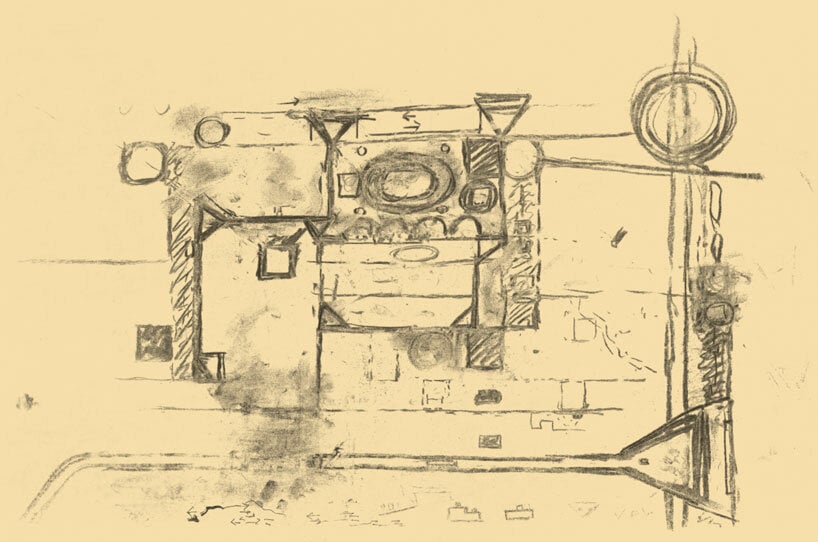