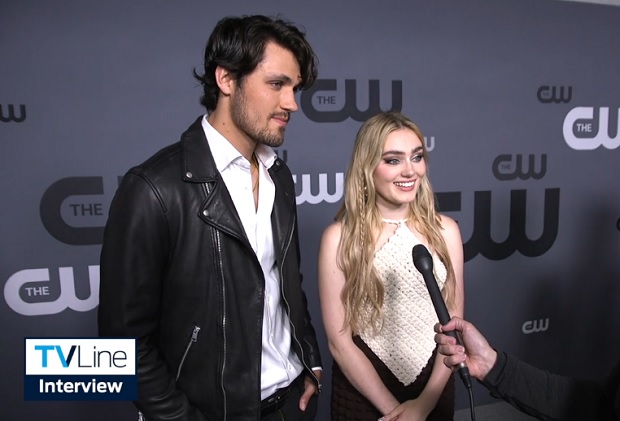 “It’s an honor,” Rodger, who plays young John Winchester, told TVLine in the video above. “It also comes with its territory. We have to take it very seriously. We owe a lot to the fans, so we have to be there and we have to represent.”

The supernatural prequel (premiering this fall on The CW) is described as the “epic, unprecedented love story of how John met Mary and how they risk everything to save not just their love, but the entire world.” Fans of the Mothership series will of course have heard some stories about the early days of John and Mary, but “we’re going to give it to you in a cool way that you don’t quite expect,” says Rodger. that the couple’s first meeting is “a supernatural meet-cute”.

While preparing to take on the iconic roles, both Rodger and Donnelly (aka your new Mary Winchester) looked at the past portrayals of their characters. A “huge fan” of the original series, Rodger found inspiration in Jeffrey Dean Morgan’s adult John, who Rodger’s younger version will one day evolve into. ‘He is like the portrait. That’s where we end. Like, I get to paint,” Rodger says. “He certainly set the path for me.”

The stars could also appeal to Winchesters executive producer/narrator and supernatural vet Jensen Ackles for guidance during filming. “He was on set every day of the pilot, like he was super collaborative, giving us notes and telling us about the universe that we might not have known about, so it was a really good insight,” Donnelly shared.

Hit PLAY above to watch the full interview, then hit the comments with your thoughts!