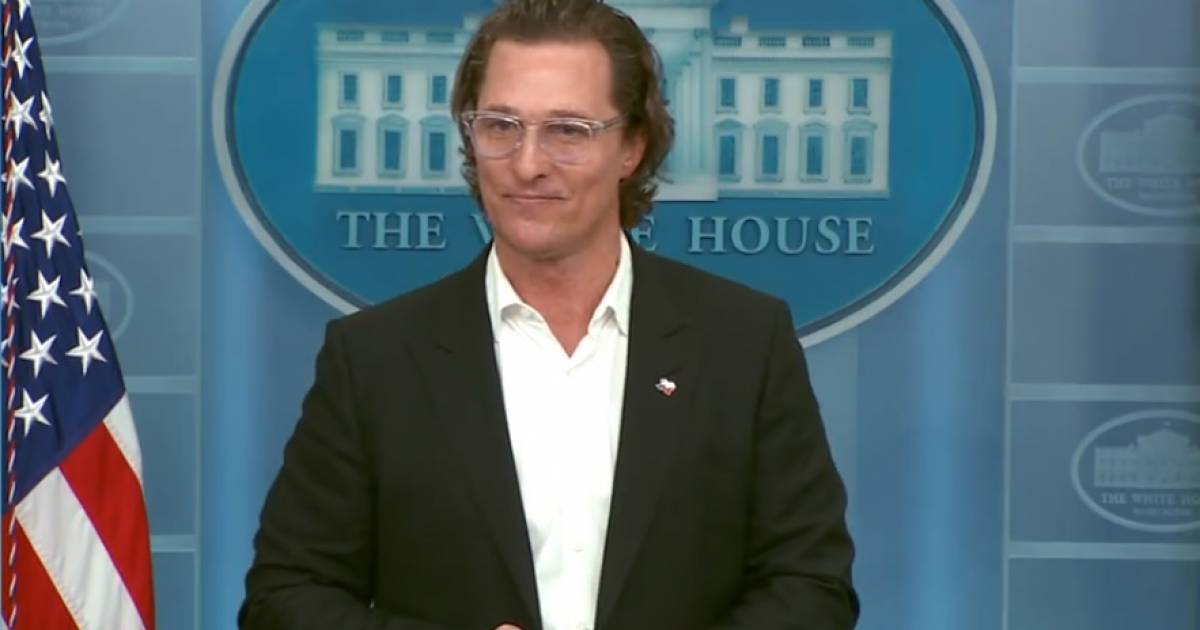 Actor Matthew McConaughey spoke at the White House today to draw attention to the dreams of children killed in a mass shooting in Texas last week.

It happened at Robb Elementary in his hometown of Uvalde, Texas. Nineteen students and two teachers were killed and another 17 were injured.

Law enforcement officers have been heavily criticized for waiting 78 minutes in the area before entering the classroom where the killer was located.

In the wake of the tragedy, McConaughey and his wife Camila spent a lot of time with the parents of the murdered children.

You can hear what he had to say in the video below.