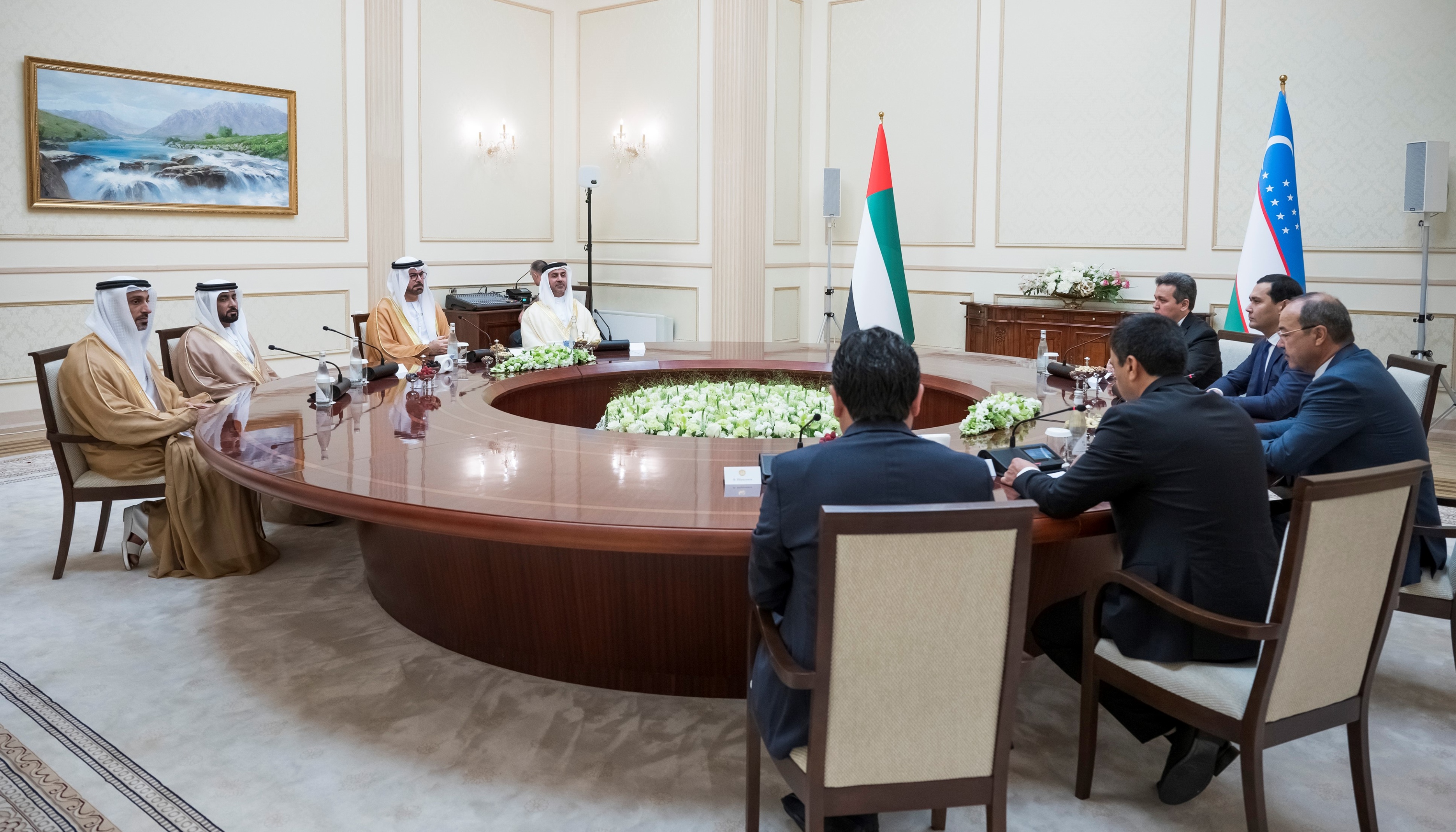 Abdullah Aripov, Prime Minister of the Republic of Uzbekistan, met with Mohammed Abdullah Al Gergawi, Minister of Cabinet Affairs, to discuss the results of the strategic partnership between the governments of the UAE and the Republic of Uzbekistan on the modernization of the government and development that have been achieved and the new areas to focus on in the next phase.

The meeting was attended by Abdullah Nasser Lootah, Director General of the Office of the Prime Minister of the Ministry of Cabinet Affairs, His Excellency Khalfan Jumaa Belhoul, Executive Director of the Dubai Future Foundation, and the UAE Government Delegation.

The two sides discussed the achievements of the strategic partnership over the past three years, the future prospects for the next three years and ways to improve it by launching programs and initiatives that aim to improve government work, develop work programs, in different sectors, and transfer them to advanced levels, through the exchange of expertise and experience between the governments of the two countries.

The governments of the United Arab Emirates and the Republic of Uzbekistan had entered a new phase of joint cooperation, within the framework of the Strategic Partnership in the Modernization of the Government, by signing a Memorandum of Understanding that, inter alia, the partnership with three years was extended and the horizon was broadened to include 10 key areas for modernizing government work, including the financial sector, the education sector and the economy. , government leaders, food security and agriculture, ports and customs.

The extension of the strategic partnership reflects the excellent bilateral relations between the two countries and builds on the success of the partnership and the achievements achieved between the governments of the UAE and the Republic of Uzbekistan since its launch in 2019, within 27 axes, including launching joint initiatives and projects by leveraging the UAE government’s experience in government accelerators, government quality and services Government, smart and strategic applications, national plans, government performance, government innovation, leadership programs and capacity building, programming, the future of education and the economy, global competitiveness, ease of doing business and other areas.