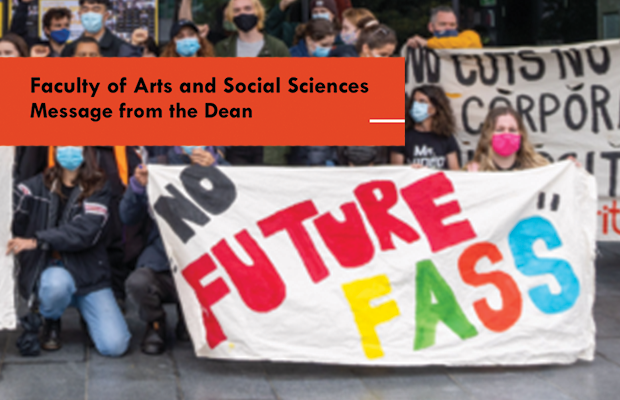 In a faculty-wide email this afternoon, FASS Dean Professor Lisa Adkins warned students to watch for changes in university systems ahead of Semester Two, including school and discipline name changes to Sydney Student, Sydney Courses and Special Considerations.

Linguistics and Studies in Religion become disciplines under the School of Humanities after leaving the soon-to-be-renamed SLAM. Meanwhile, Film Studies will become a separate discipline under the new School of Art, Communication and English.

Several departments will be merged into new disciplines, including:

In a press release earlier this year, USyd explained that moving from a departmental to a disciplinary structure would “reduce” administrative overhead, provide safeguards for smaller disciplines, and “improve” consistency in teaching quality across the faculty.

At this stage, it is unclear what impact these changes will have on students. The university suggests it will eventually lead to a “simplified diploma path and stronger learning experience” by building stronger cohorts and enabling greater collaboration across disciplines to deliver interdisciplinary shared units across FASS majors.

Students will likely be apprehensive given the poor reception of FASS1000 and FASS3999.

Future FASS came under fire last year for being a concept change proposal, leading to multiple successful campaigns to preserve SLAM, as well as the Gender and Cultural Studies (GCS), Studies in Religion, and Theater and Performance Studies departments.

Staff and student activists also protested the scrapping of undergraduate units that drew fewer than 24 enrollments. About a dozen units will be cut under the final change plan, while existing courses will not be shut down.

The university has indicated that there will be no layoffs or reductions in full-time equivalent positions, addressing one of the biggest concerns surrounding Future FASS. However, Future FASS was approved in a year when USyd lost more than 230 academic positions, according to USyd’s 2021 annual report.

The Final Change Report also made no commitment to convert temporary contracts to full- or part-time contracts, despite recognizing the increasing reliance on temporary staff to provide FASS units.

These changes come against a backdrop of a $1.04 billion operating surplus, rising student-to-staff ratios and total endowment reaching $3.3 billion.