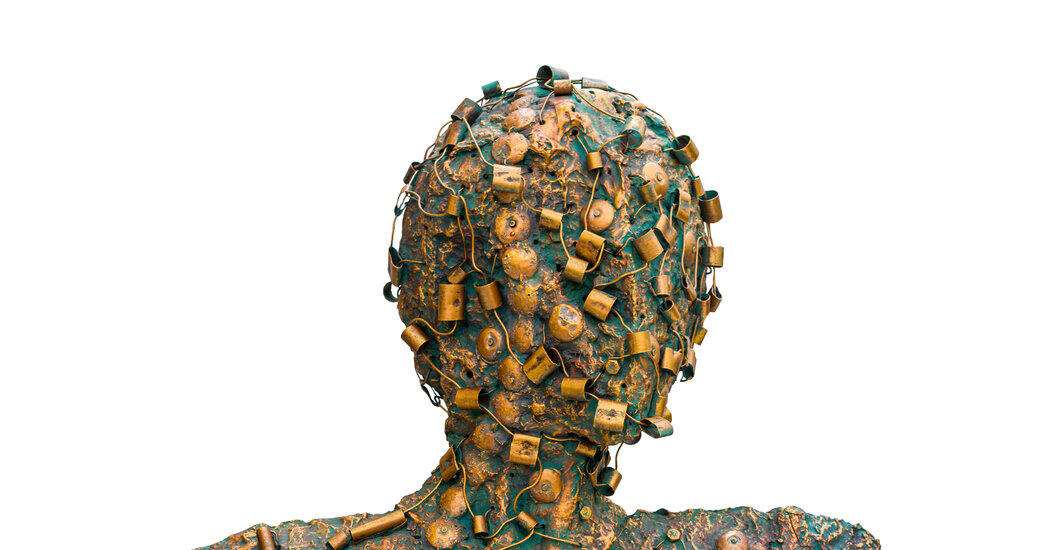 Armory Off-Site, a program of the Armory Show, has partnered with the United States Tennis Association to showcase sculptural works at the US Open by five artists from marginalized communities.

The works will be on display at the entire site of the Open, the Billie Jean King National Tennis Center, in late August and early September.

The partnership builds on the Be Open social justice campaign spearheaded by the tennis association’s marketing director Nicole Kankam. With diversity, inclusion and respect as cornerstones of the campaign, in 2020 the tennis association, which owns and operates the US Open, showcased the work of 18 artists identifying as black, indigenous or people of color, up front, empty seats of the Arthur Ashe -stadium.

“It’s all built around this one ground statement: if you’re open, great things can happen in our sport and in the world,” Kankam said of the campaign.

Incorporating elements of the Uli art tradition from southeastern Nigeria into his sculptural work, Chukwuma uses his pieces to represent voluntary and forced global migration.

“For Africa and for Africans, I think migration has done a lot,” Chukwuma, who is from Eastern Nigeria, said in an interview. “It has not only spread us all over the world, it has also taken us out of our culture. It has weakened what we believe in, it has weakened who we are.”

Chukwuma plans to present a sculpture from a series of his revisiting the Igbo landing: In that early 19th-century landing, about 75 newly enslaved West Africans took control of a coastal ship, grounding the ship and later marched into the waters of Dunbar Creek. in Georgia, commit mass suicide.

He said he was happy that the work will be shown in the United States. His series will eventually consist of 75 sculptures, for the enslaved Africans who revolted. “So I think that’s a beautiful thing,” he said. “There is the liberation.”

Three of the five artists will create work especially for the US Open, including a sculpture by native artist Luzene Hill. The work, “To Rise and Begin Again,” consists of undulating columns that symbolize the buoyancy of Cherokee sovereignty and defy the attempts to crush it. Each column has a Cherokee syllable letterpress to increase awareness of the written language.

“We’re still here and we keep getting up,” she said.

Hill said in an interview that she was honored and humbled to have her work shown to a wider audience.

In partnership with the tennis association, Armory Off-Site aims to reach people who may not be familiar with the annual Armory Show, said Nicole Berry, the Armory Show’s executive director.