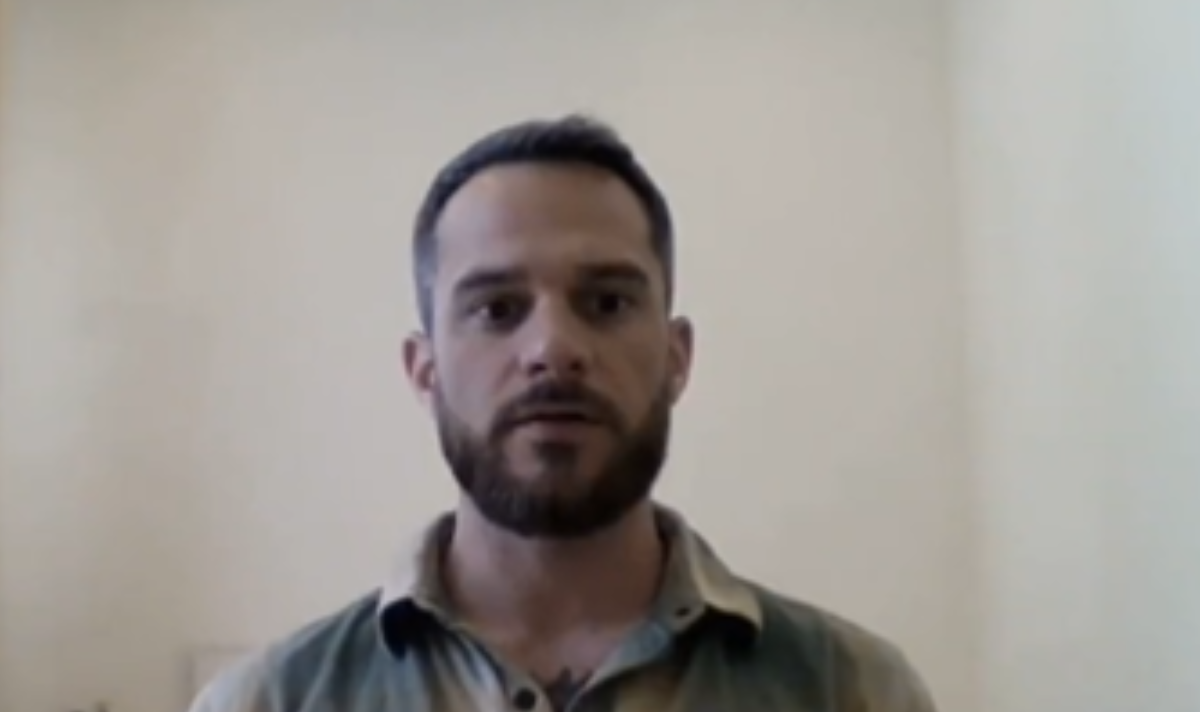 Brennan Phillips, an American health care provider in Ukraine who trained imprisoned British mercenary Aiden Aslin, discussed with journalists Steph Dixon and Anne Diamond how Russia was using the case to deter Westerners from fighting in Ukraine. Phillips claimed that the convictions of Aiden Aslin and Shaun Pinner gave the Russians diplomatic leverage. Video footage started circulating this week of the two prisoners of war who were sentenced in a court in Donetsk. The couple are being held after being found guilty and sentenced to death. The American trainer also spoke about how the British government can ensure Ukraine’s victory over Russia.

Dixon said, “In one sense, it’s a surprise that these two have been sued, as a sham, rather than just being shot on the spot?”

Mr Phillips told GB News: “I’m not really surprised, I think they wanted to be as provocative as they could be from the start.

“And they have been clear, and this plays into the information space for Russia by giving a warning to Westerners like me, who are willing to come to Ukraine and help.

“And it also draws attention to their cause and at least gives them diplomatic leverage, and gives them a semblance of legitimacy, to their efforts for the war in Ukraine.”

JUST IN: ‘Awkward’ Prince Harry said he should put on a ‘happy face’ like Meghan Markle at future appearances

Ms Diamond added: “What do you think the UK government should do next?”

Mr Phillips said: “Assuring Ukraine a decisive Ukrainian victory. I have been asked what the British government can do to ensure their release and it is the same thing it takes to win the war.”

British Ukrainian mercenary Aiden Aslin has been held by Russian forces since April after he had no choice but to surrender to Russian invaders.

And Shaun Pinner, a former British Army soldier, are now both waiting to see if the British government can work with Ukrainian troops to free them both.

The British government has said it is “deeply concerned” about the conviction.

A spokesman for No. 10 said: “We are clearly very concerned about this. We have consistently said that prisoners of war should not be exploited for political ends.

“You will know that under the Geneva Convention, prisoners of war are entitled to combatant immunity and should not be prosecuted for taking part in hostilities.

Foreign Secretary Liz Truss took to Twitter to condemn the sentencing of the two British prisoners of war.

Ms Truss wrote: “I strongly condemn the sentencing of Aiden Aslin and Shaun Pinner who are being held by Russian proxies in eastern Ukraine. They are prisoners of war. This is a sham sentence without any legitimacy. My thoughts are with the families. We continue doing everything we can to support them.”