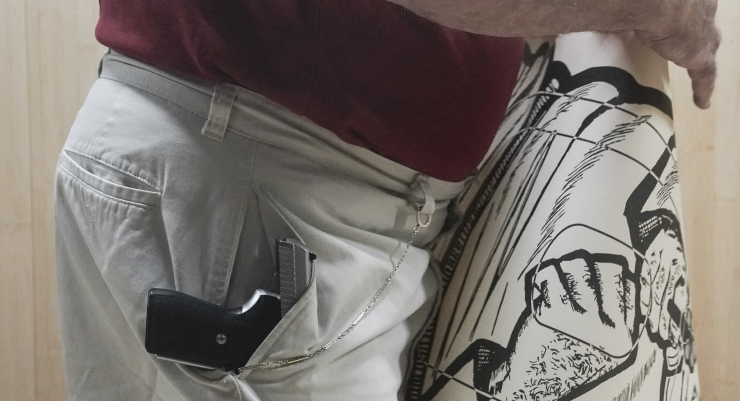 The judges now sitting on the highest bench in the US have turned 230 years of jurisprudence upside down and opened a Pandora’s box on gun laws.

On the same day as the United States Senate prepares to pass the first bipartisan gun law reforms in nearly three decades, the Supreme Court turned its nose at the legislature and the American people.

In a 6-3 statement in New York State Rifle & Pistol Association Inc v Bruen announced Thursday morning, the court’s conservatives have de Sullivan Act, a 1911 state law that required New Yorkers to have permits issued by local law enforcement to carry concealed weapons. The law applied not only to pistols, but to any weapon small enough to be concealed on a person, including knives, clubs, brass knuckles and bombs.

The Sullivan Act requires applicants to meet legal criteria, including security training and background checks, and “demonstrate a special need for self-protection.” The police had discretion to decide whether applicants met the standards. The law survived multiple legal challenges and guided gun safety legislation in many states.