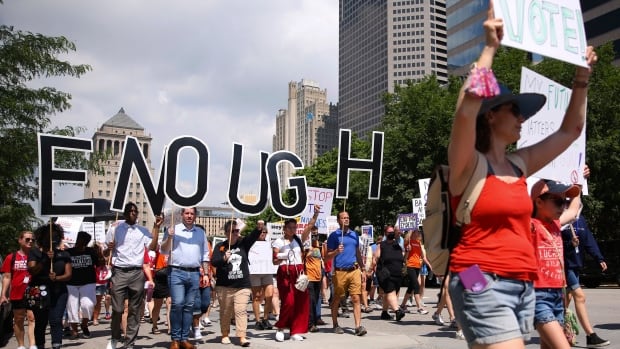 A bipartisan group of US senators on Sunday announced a framework for potential gun safety legislation in response to recent mass shootings in parts of the country.

“Our plan saves lives while protecting the constitutional rights of law-abiding Americans,” the group, led by Democrat Chris Murphy and Republican John Cornyn, said in a statement. “We look forward to earning broad, bipartisan support and enacting our common sense proposal into law.”

The proposal does not meet the tougher steps that President Joe Biden and many Democrats have long sought.

But if the accord leads to the passing of legislation, it would reverse the years of gun killings that have left Congress with little but a stalemate.

Senate leaders hope to get a deal into law soon—possibly this month—after the deadly mass shootings in Buffalo, NY, at a Tops supermarket and in Uvalde, Texas, at an elementary school, as well as other mass shootings gun murders.

The agreement was announced a day after tens of thousands of people in Washington, DC and hundreds of other places across the United States gathered to demand that lawmakers pass legislation aimed at reducing gun violence.