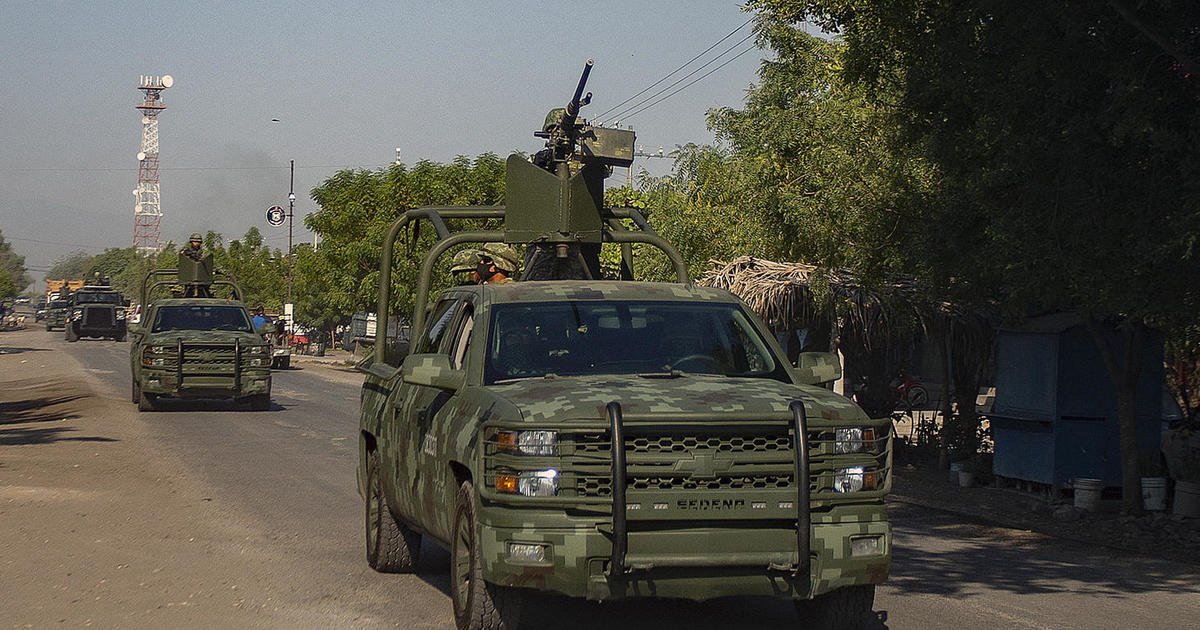 The US government on Thursday announced sanctions against six people in Mexico, including a “corrupt” police officer, for aiding the Jalisco drug cartel. The US Department of the Treasury’s Office of Foreign Assets Control, or OFAC, says the police officer has provided information to Mexico’s most violent and powerful gang known as CJNG.

After the sanctions were announced, Flores Mendoza was fired. Mayor Juan Valentín Serrano said he removed Flores Mendoza to clear all doubts, even though he thought he was doing a good job.

“I have to be clear that this information surprised me, because so far the numbers and statistics on this matter (security) have been acceptable,” Serrano wrote in his social media accounts.

The sanctions also target Julio Cesar Montero Pinzon, allegedly a hit man for the cartel in the resort town of Puerto Vallarta. The office said Pinzon is part of an “enforcement group” for the cartel that “orchestrates murder of rivals and politicians using high-powered weapons.”

“Violence and corruption have been critical to CJNG’s growth over the past decade,” Brian Nelson, the Treasury Department’s undersecretary for terrorism and financial intelligence, said in a statement.

The Justice Department considers the Jalisco cartel “one of the five most dangerous transnational criminal organizations in the world”.

Last month, Mexican authorities announced that they… a suspected leader captured of the cartel. Francisco Javier Rodriguez Hernandez, known as “El Señorón” or “XL” or “Frank”, was detained in the tourist town of Mazatlan, in the northwestern state of Sinaloa, during an operation conducted by naval agents.

The head of CJNG, Nemesio “El Mencho” Oseguerais one of the most wanted drug lords in the world, and the US Drug Enforcement Administration is offering $10 million for his arrest.

Mexico is mired in a spiral of cartel-related violence that has left more than 340,000 dead since 2006, when the government launched a controversial anti-drug operation with federal troops. In April, authorities said suspected armed drug cartels kidnapped two off-duty female soldiers at gunpoint for several hours.

That same month, Mexican President Andrés Manuel López Obrador confirmed that: Mexico had disbanded a special unit trained by the US authorities to fight drug cartels because it was infiltrated by criminals.