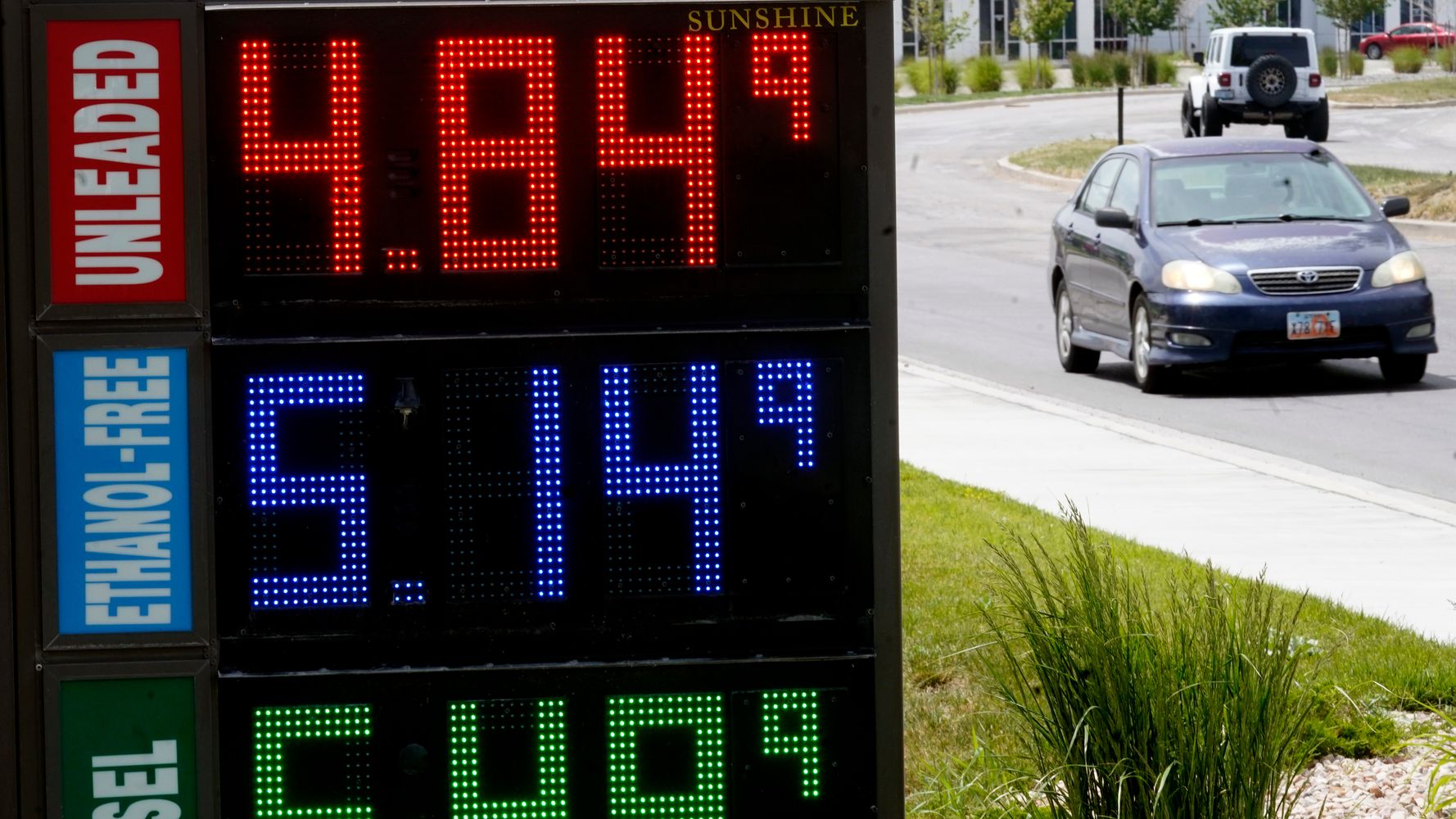 WASHINGTON (AP) — The cost of gas, food and most other goods and services rose in May, pushing inflation to a new four-decade level and leaving American households no respite from rising costs.

On a monthly basis, prices rose 1% from April to May, much faster than the 0.3% increase from March to April. Behind that increase were much higher prices for food, energy, rent, airline tickets and new and used cars.

The widespread price hikes also increased so-called “core” inflation, a measure that excludes volatile food and energy prices. In May, core prices rose a sharp 0.6% for the second straight month and are now 6% above year-ago levels.

America’s rampant inflation puts a lot of pressure on families, forcing them to pay much more for food, gas and rent, and reducing their ability to afford discretionary items, from haircuts to electronics. Lower-income, black and Hispanic Americans are especially struggling because, on average, a larger portion of their income is consumed by necessities.

Some evidence in recent weeks had suggested that inflation could moderate, particularly for durable goods that were stuck in supply chains and shortages last year. But that trend appeared to be reversing in May, when used car prices rose 1.8% after falling for three consecutive months.

New car prices also rose, as auto production continued to be hampered by a shortage of semiconductors. And clothing prices are rising after a decline in April.

In light of Friday’s inflation reading, it is almost certain that the Fed will make the fastest series of rate hikes in three decades. By raising borrowing costs sharply, the Fed hopes to cool spending and growth enough to curb inflation without sending the economy into recession. It will be a difficult balancing act for the central bank.

The Fed has indicated it will raise its key short-term interest rates by half a point next week and again in July — double the usual hike. Some investors had hoped the Fed would reverse its rate hikes to a quarter-point hike when it met in September, or perhaps even pause credit tightening.

But with inflation soaring, investors are now increasingly expecting the Fed to raise a third half-point in September. These rate increases lead to significantly higher borrowing costs for consumers and businesses.

Surveys show that Americans view high inflation as the nation’s biggest problem, and most disapprove of President Joe Biden’s handling of the economy. Congressional Republicans are hammering Democrats on the issue ahead of midterm elections this fall.

Inflation has remained high, even as the sources of rising prices have shifted. Initially, robust demand for goods from Americans stuck at home for months after COVID hit caused supply chain shortages and snags and pushed up prices for cars, furniture and appliances.

As Americans return to spending on services including travel, entertainment and dining out, the cost of airfare, hotel rooms and restaurant meals has skyrocketed. The Russian invasion of Ukraine has further pushed up oil and natural gas prices. And as China eases strict COVID lockdowns in Shanghai and elsewhere, more of its citizens are driving, pushing oil prices even further.

Rising inflation has forced Rocky Harper of Tucson, Arizona, to start performing for delivery companies in addition to his regular full-time job at a parcel delivery service. His main job pays $800 a week, he said, which “used to be really good money and is now just above the ground arm.”

Harper, 43, said he and his fiancé are postponing the wedding because they can’t afford it now. They shut down Netflix and Hulu. His car’s catalytic converter was recently stolen – an increasingly common theft – for the rare metals they contain, which have risen in price. A repair costs $1,300.

“With the food, gas and rent – holy cow,” he said. “I work a lot of overtime just to make it, just to keep it together.”

Commodity prices are expected to finally fall in the coming months. Many major retailers, including Target, Walmart, and Macy’s, have reported that they are now stuck with too much of the patio furniture, electronics, and other goods they ordered when those items were in demand, and they will have to discount.

Yet rising gas prices are hurting the finances of millions of Americans. Pump prices are averaging nearly $5 a gallon nationwide, moving closer to the inflation-adjusted record of about $5.40 set in 2008.

Research from the Bank of America Institute, which uses anonymous data from millions of their customers’ credit and debit card accounts, shows that spending on gas consumes a larger portion of the consumer budget and crowds out their ability to purchase other items.

For lower-income households — defined as those with incomes less than $50,000 — gas spending reached nearly 10% of all credit and debit card spending in the last week of May, the institute said in a report this week. That’s up from about 7.5% in February, a sharp increase in such a short period.

Spending by all of the bank’s customers on durable goods, such as furniture, electronics and home improvements, has fallen from a year ago, the institute found. But their spending on airfare, hotels and entertainment continues to rise.

Economists have pointed to that shift in spending from goods to services as a trend that should help lower inflation toward the end of the year. But as wages for many workers rise steadily, prices in the service sector are also rising.