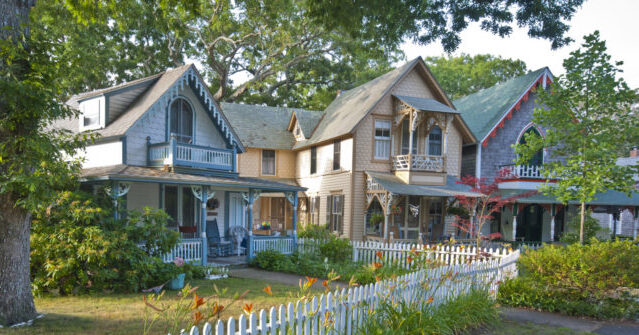 House prices fell in July from the previous month, according to the S&P CoreLogic Case-Shiller Index. This is the first nationwide decline since 2012.

Despite the month-to-month decline, house prices in July were still higher than a year ago. Nationally, prices are 15.8 percent from July 2021, a significant cooling down from the 18.1 percent year-over-year gain in the previous month. The 10-City composite is up 14.9 percent year over year, down from 17.4 percent in June. The 20-City composite rose 16.1 percent, down from 18.7 percent in the previous month.

“While US home prices remain significantly above year-ago levels, the July report reflects a significant slowdown,” Craig J. Lazzara, Managing Director at S&P DJI, said in a statement. He said the 2.3 percent difference between the June and July monthly gains is the biggest slowdown in the index’s history.

The Federal Reserve’s fight against inflation has weighed on the housing market, one of the sectors of the economy most receptive to interest rate policy. Mortgage rates briefly rose above six percent in June and spent most of July in the high five percent range. After a brief decline in August, rates are now approaching seven percent. This hurts the affordability of homes, especially with prices so much higher than they were a year or two ago. The national index rose 18.8 percent in 2021, the highest calendar-year rise in 34 years of data, and then continued to climb at a rapid pace through May.

Since then, however, the price increase has slowed on an annual basis. July marked the first monthly decline in the national and 20-city indices since 2012. The 10-city index showed a brief and shallow month-to-month decline in May 2020.

“As the Federal Reserve continues to raise interest rates, mortgage financing has become more expensive, a process that continues to this day. Given the prospects for a more challenging macroeconomic environment, house prices may continue to fall,” Lazzara said.