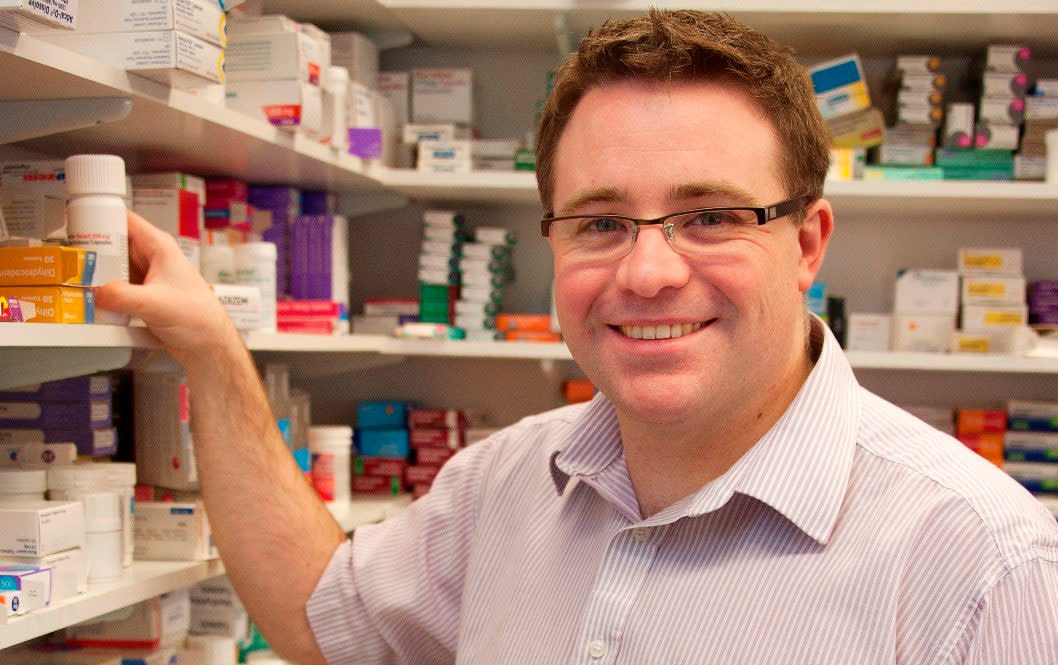 For the past two years, some of us have taken a beating on Thursday evenings at the threat of physical violence. “You’re useless,” they shout. “Why is there always a queue? Where are my tablets? You don’t know what you’re talking about.”

Pharmacies have always been vulnerable – six years ago we were robbed of thousands of pounds of cosmetics by a gang that threatened me with a knife. The pandemic and its aftermath have brought things to a boil.

But until there’s a pharmacist on the floor in a pool of blood, no one will take this abuse seriously.

That is why a recent report from the Pharmacists’ Association does not surprise me. About 85 percent of pharmacists say they, or someone they work with, have experienced verbal or racial abuse at work in the past month.

When I first qualified in 2003, pharmacists had long been a trusted member of the community and treated with respect. And I want to make it clear that the vast majority of our patients still treat us that way. But in my two pharmacies in Sherborne and Beaminster, a growing minority don’t. And in recent years the situation has worsened, as the NHS comes under more pressure, and people can’t get GP appointments, so they’re taking it out on us.

It has also been the case that in recent decades, as funds have been stretched, pharmacists have increasingly been used to deal with growing pressures elsewhere in the NHS.

When the pandemic started in 2020, we had to triple our home medication deliveries in 14 days. GPs did not see patients face-to-face, but pharmacies had to remain open. We had no PPE. At least four pharmacy professionals died – not a close friend, although the pharmacy is a small world.

I was certainly nervous for my own health. But we were lucky that no one got sick from Covid. I managed to dodge it until I caught it at a family wedding last week – but as you can imagine, our teams were worried about being asked to work, already under great stress before we even had to serve our customers.

First of all, in March 2020 there was panic buying of paracetamol. Since we couldn’t get it, the prices were pushed up by the wholesalers – people angrily accused us of profiteering. The biggest problem was lateral flow testing. The government asked us to start resupplying them, but we couldn’t get enough kits. There was one supplier for the whole country.

At one point we got 5,000 kits for all of Southwest – where there are 1,400 pharmacies. Then the government started issuing 16-digit direct debit codes online. Older people — many of whom didn’t have smartphones — shouted that the system was ridiculous. Understandably, they were angry. Others came in demanding kits that we didn’t have, all with their own priorities: to visit a parent in a care home, a mother to test her child so she could bring it back to school. We didn’t have the power to conjure kits out of thin air, but we still got it.

We tried to be human and to explain; we would do our best to help. Once, a member of the police traveled six miles for a test we promised him that morning. But our 50 tests were done in an hour, and by the time he got there, we were out. He complained that the NHS had led him down the garden path. We ended up giving him one of our staff test kits. This sort of thing happened on many occasions.

Then there was the battle for masks. People would come in without them. “I’m not wearing a mask,” they would insist. “You can’t force me.” What were we supposed to do? We are not the police, we cannot enforce anything.

In May 2020 we had 10,000 calls per month. Three of my 20 employees were on the phones all day – as soon as they hung up, someone else called. Because they had waited so long, the patients were naturally frustrated and annoyed. We had sympathy: but what could we do?

There is certainly a trend for pharmacies to clean up the failures elsewhere in primary care, and at no time has this been worse than during the pandemic. People wanted to be seen by someone, whoever. People came in with serious conditions like skin cancer, infections, possible blood clots. Yet we had to send them back to a health care system that was already hopelessly overwhelmed.

In October 2021 we established a Covid vaccination center; so far we have vaccinated more than 17,000 people. As you can imagine there was a constant demand: from October to December 2021 I worked 12-hour days, seven days a week. My first day off was Christmas Eve.

While we weren’t exactly mistreated in the clinics—people wanted to be there—we had others on the street begging us for shots. The emotional pressure was enormous and took its toll on family life, I missed my wife and daughter’s birthdays.

If the pandemic was exhausting, the 2016 robbery was the most stressful single experience. It had a huge impact on me and my staff. In the middle of the day three boys came in; they started looting the cosmetics and fragrance and filling carrier bags. I tried to stop them. “I have a knife, I’m going to stab you,” a man threatened.

Coincidentally, he didn’t have a knife, but I wasn’t allowed to know that. A colleague called the police, but they didn’t send anyone for two hours.

The robbers took several thousand pounds worth of stock that day. We probably lost £40,000 through individual thefts. One female staff member, who was pregnant, was understandably upset and nervous about coming to work.

Theft was bad before the pandemic, then it stopped. Now people are shoplifting again — especially now that they’re concerned about the cost of living.

And now we have drug shortages. The supply chains are a mess. HRT is a problem, but most of our female clients are remarkably understanding. But recently we had a Parkinson’s patient who was sore because we didn’t have his meds. This was completely understandable – without these essential drugs it is difficult for many patients to move. In this situation, we do what we can, including borrowing medicines from other pharmacies.

There is an inherent unfairness in all of this. A GP can remove a difficult patient from his list, a pharmacy cannot. For example, we have a male customer who calls again and again and asks for his medication, sometimes several times a day. He upsets the staff – my team is often in tears – but there’s nothing we can do about it. We have an obligation to meet needs, but no tools to protect our workforce.

Public attitudes have changed since the pandemic. We accept that people are anxious, and of course they need their medicines. But many have lost their social skills, are used to getting things on demand and are very impatient.

Pharmacists need more government support. After the robbery, we were symbolically offered police escort, but what we need are practical measures to protect ourselves. I’ve done what I can to protect the company. We have CCTV and panic alarms: employees are never alone. Our rural towns have no public oversight, which is one of the problems, and why we are a target for thieves.

Pharmacies see about 1.6 million people a day. That is more than emergency room and general practitioners combined. Our employees don’t make a fortune: far from it. We pick up all the bits from the rest of the NHS. We need protection and respect. We need something better.

As told to Miranda Levy