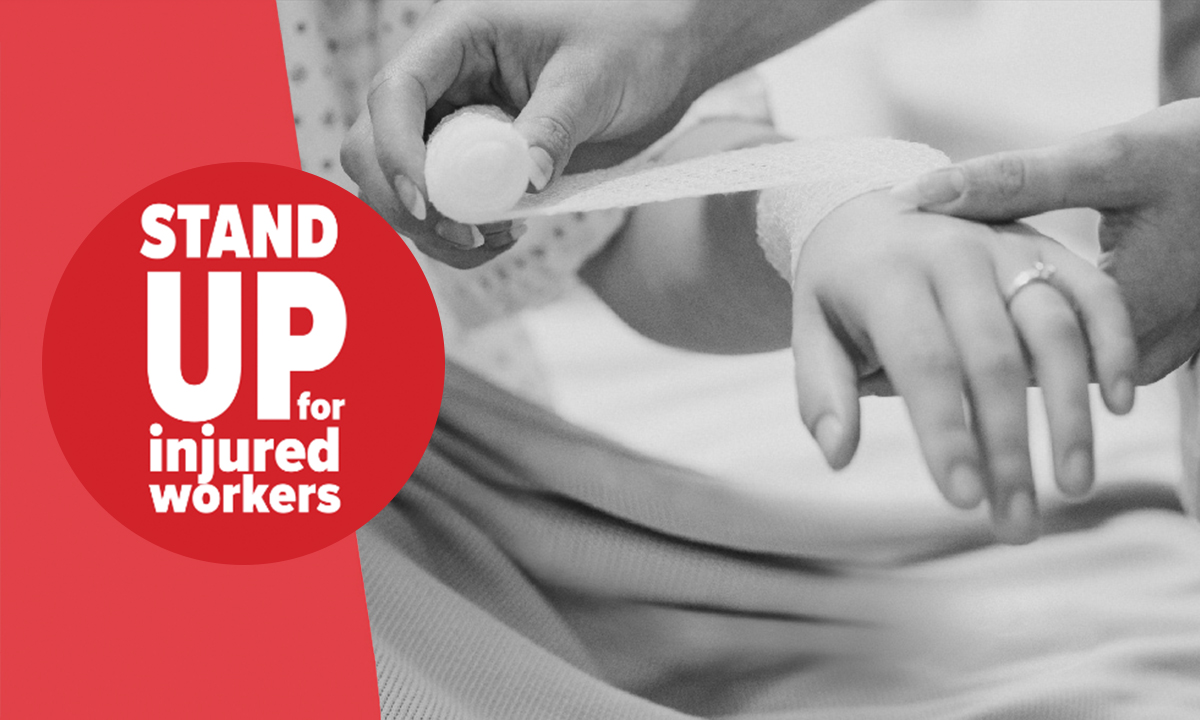 It comes as Attorney General Kyam Maher admits that some workers will be “worse off” under his proposed changes and he doesn’t rule out withdrawing his bill and starting over.

SA Unions this morning launched a website – Stand up for injured workers – which is enlisting the public’s help to pressure the government to repeal its legislation that “blinded” unions when it was introduced last week.

“Your urgent action is needed to (Prime Minister) Peter Malinauskas and his Labor government repeal their legislation amending the Return to Work Act… website states.

“The government’s decision to make these changes is not just an attack on working South Australians. It attacks our worst wounded. It attacks workers who could lead a life of poverty without adequate support.” 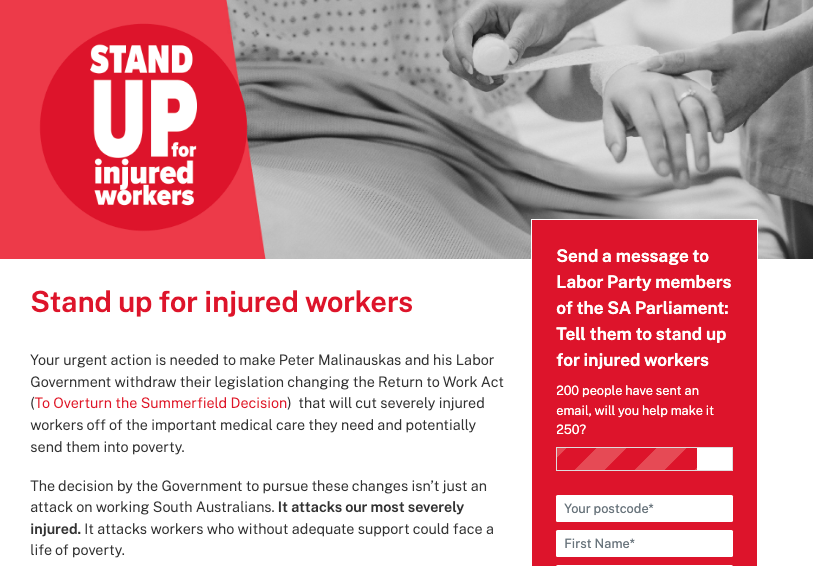 A screenshot of a new website launched by SA unions campaigning against the state government’s proposed revision of compensation for injured workers.

The website is asking employees to submit their details to send messages directly to all government MPs.

“We are asking employees like you to email Labor Party members of the SA Parliament to let them know that this is simply not acceptable,” it reads.

“Fill out the form and email to let Labor MPs know how important this is for workers.”

The website has a live counter and shows that more than 200 people have sent messages since its launch this morning.

“What sets Labor apart are the fundamental values ​​that define it – an unwavering commitment to fight for dignity at work and in life,” it says.

“The introduction of the Return to Work Bill is not only a betrayal of the parliamentary Labor Party’s firm commitments to the workers of South Australia, it is an attack on core Labor values.

“It goes against the PvdA platform, the party rules and should be withdrawn.” 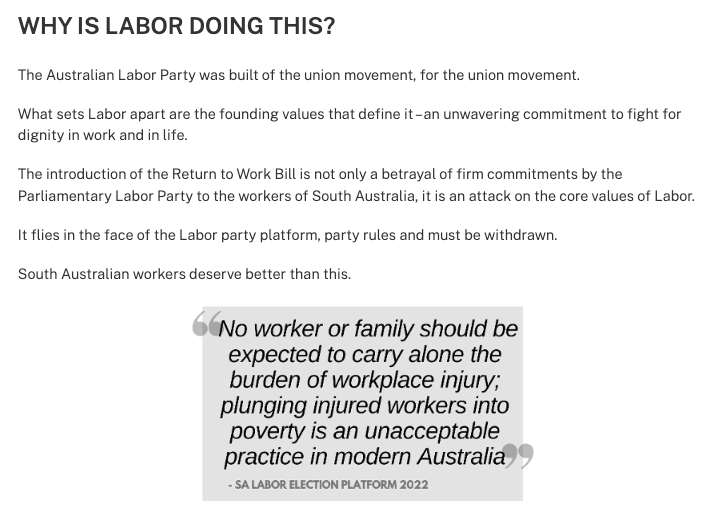 A screenshot of a new website launched by SA unions campaigning against the state government’s proposed revision of compensation for injured workers.

Unions, including key healthcare sectors, met Maher last night to express anger at the legislation, accusing the government of “absolute hypocrisy” and “short-sightedness” as the prime minister launched a publicity blitz to sell his health-heavy budget.

The standoff came months after the Supreme Court dismissed an appeal by Return To Work SA against a decision in the case of injured truck driver Shane Summerfield, who was permanently injured after a work accident in 2016.

Summerfield was awarded additional compensation for complications from his original injuries, including an ongoing limp and back pain.

But Attorney General Kyam Maher has sought to tighten the compensation regime to prevent such cases from happening in the future – in the process that sparked a fight with the unions that supported the government when it took office.

This morning Maher said: InDaily changes were needed to avoid bursts in company premiums, but they admitted, “There will be some injured workers who may not get as much compensation as they (now) would”.

His confession follows comments he made this morning during an ABC Radio interview that “there will be injured workers who will be worse off compared to how they would have been under the Summerfield decision”.

Asked by InDaily if he considered repealing his legislation and going back to the drawing board in consultation with unions to reform the plan, Maher said he wouldn’t “go in or out of anything” but insisted that “we need something that approved for the winter break”.

Maher argued that the return to work scheme is “financially unviable” in its current form and estimated that it would soon be “$1 billion in debt and growing by $100 million each year”.

He said he would consider “all suggestions” from unions who want the bill to be abolished and reform started over.

When asked what some of those suggestions were, he said, “I’m not going to go through everything everyone has been talking about. I’m not going to include or exclude anything just yet, but we’ll consider everything that’s been suggested to us.”

“We are determined that the return to work scheme should be financially viable… we are open to suggestions and quite a few have already been done,” he said.

It is clear that a resolution regarding consultations with unions was moved this morning at a meeting of the Labor government.

Secretary of State Elizabeth Dabars of the Australian Nursing and Midwifery Federation said: InDaily the union “firmly reiterated” its stance at last night’s meeting that “the bill should be disregarded and the legislation should be overhauled completely”.

SA Union Secretary Dale Beasley said: “It is disappointing that the state government has not yet seized the opportunity before them to withdraw the current bill from parliament and enter the considered, consultative process that so many stakeholders in the system, including unions and injured workers, doctors and lawyers are calling.” 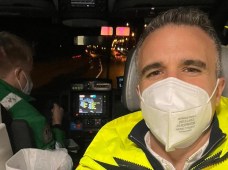 When asked if he was hopeful that the legislation would be repealed, he said that “the Attorney General has told us he is willing to consider all options”.

“We look forward to further dialogue with the prosecution later in the week…so maybe we’ll know a little more then,” he said.

“But unfortunately, as it stands, workers, especially injured workers who are concerned about what these changes will mean for them, are not confident in how this case will progress — they remain in the dark.”