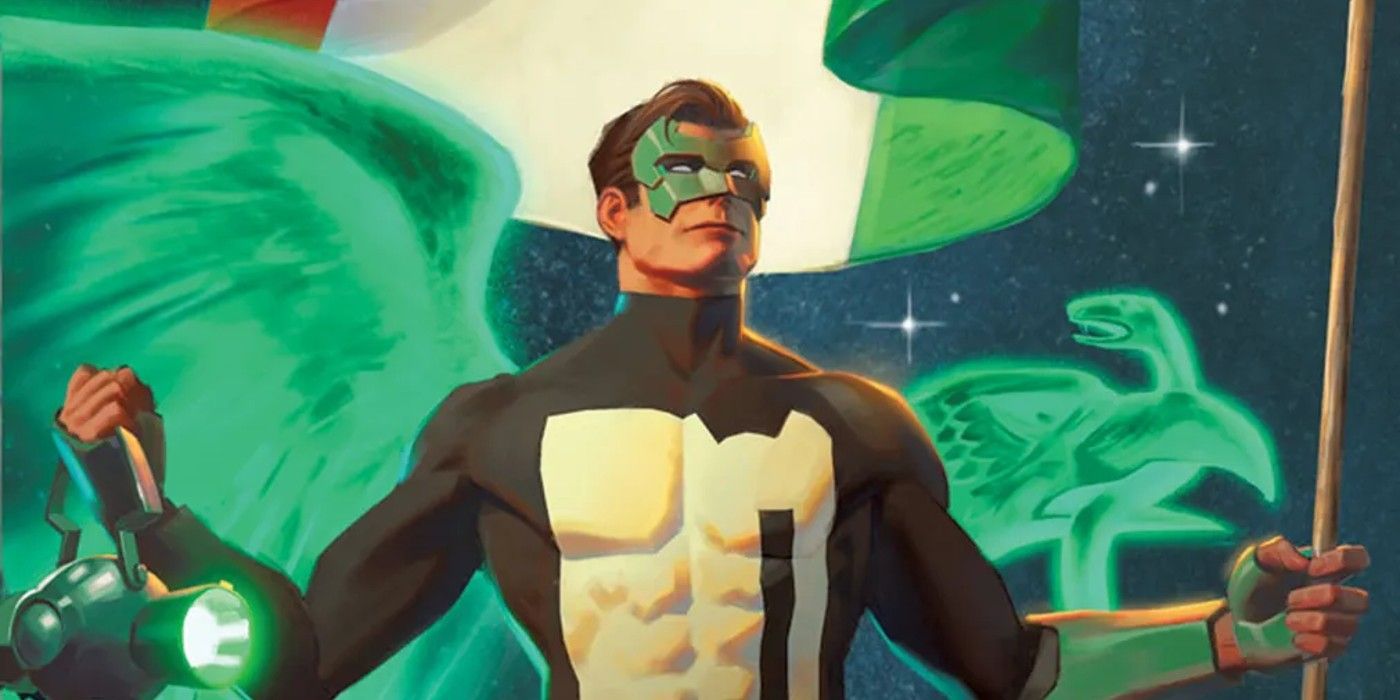 A variant cover for Titans United: Bloodpact #1 for Hispanic Heritage Month features Green Lantern Kyle Rayner. However, it is not really complete.

Like many other covers, Green Lanterns appearance in upcoming Titans cover design is a tribute to an iconic artist. The cover for Titans United: Bloodpact #1 features Kyle Rayner. It is a tribute to Jorge Gonzales Camarena, a well-known Mexican muralist. However, according to the cover artist, it was not intended to be an official cover.

Titans United: Bloodpact #1 has the creative team of Cavan Scott and Lucas Meyer. The comic is about classic Titans heroes, including Tim Drake, Nightwing, Superboy, Starfire, Beast Boy and Donna Troy. Raven is seemingly missing and Tim doesn’t seem to be at the right time. This one Titans issue has revealed numerous variants of covers, one of which is specific to Hispanic Heritage Month, as the issue will be out then.

on Twitter, cartoonist Jorge Molina shared the cover, as well as his inspiration for it. However, he also shared some interesting information about the artwork. Kyle Rayner, of the Green Lantern Corps, is Spanish. On the cover he is in front of the Mexican flag, reflecting his origin. This artwork pays tribute to “La Patria”, an iconic work by Mexican muralist Jorge Gonzáles Camarena. Camarena was also a painter and sculptor, although “La Patria” is one of his most famous works. However, unlike most DC comic covers, this one is incomplete and not allowed to be an official cover to the best of the artist’s knowledge.

I did this cover for DC for the #hispanicheritagemonth Kyle Reyner has a Mexican background and being Mexican myself it was a great honor to have the opportunity to pay tribute to my country and roots so I decided to pay tribute to Jorge Gonzales Camerena pic.twitter.com/463HBs8j0U

How this image was promoted by DC is beyond me, I don’t know if it was a mistake or if they finally decided to go for it. There’s a variation on this cover, but I’m so glad it’s out for the world to see, as this was my original idea, a tribute to Camarena.

Fans of the Green Lantern will easily notice that Kyle’s symbol is missing from its usual place. Molina notes that the flag is also incomplete, although it easily reflects the image of “La Patria”. Like the subject of the original mural, Kyle holds the flag in his left hand and his lantern in his right. “La Patria” holds a book in her right hand. Behind her is the iconography of the Mexican flag, an eagle with a snake in its mouth, harking back to the Aztec history of the country. Kyle’s eagle and snake are Lantern constructs, beautifully bringing this symbolism to life. Also on display is a harvest similar to the one in the original painting. This tribute is beautiful and serves as a perfect nod to Kyle Rayner’s heritage.

Still, it’s important to note that there seems to have been some miscommunication with DC if this cover wasn’t ready for presentation or with copyright permissions. Now that the artwork appears incomplete in this Twitter image, as well as on League of Comic Geeks and in DC’s September 2022 official requests, it raises the question of whether the artwork can be completed before release. Besides, how did DC allow this without letting the artist know that it was approved for official use and made sure it was final before being released in solicitations? This is particularly frustrating as it is a Heritage Month variant, which should provide appropriate representation and allow artists in the community to fully showcase their capabilities and heritage. The cover is unbelievable without a doubt, but Kyle definitely should have his badge. This seems like an important detail for DC to overlook when finalizing the covers. It’s doubtful that Batman artwork would slip through if the Dark Knight didn’t have his symbol on his chest. This one Green Lantern definitely deserves more respect than DC gives him, especially considering what’s awesome album cover in which he plays the lead role in.

Fans can apparently pick up on this tribute to Jorge González Camarena when Titans United: Bloodpact #1 will be published on September 20.

Thanos’ deadliest ancestor is unleashed on the Marvel universe

Samantha King is a comic news writer for Screen Rant. She has a BA in English and American Literature with a concentration in Shakespeare and a minor in Creative Writing from UTEP. She also has an MS in Library Science from the University of North Texas. Samantha used to have trouble reading comics in class in high school, but she has the last laugh. She took a graphic novel course in college and is now paid to write about comics. She has her own blog at: www.therealworldaccordingtosam.blogspot.com